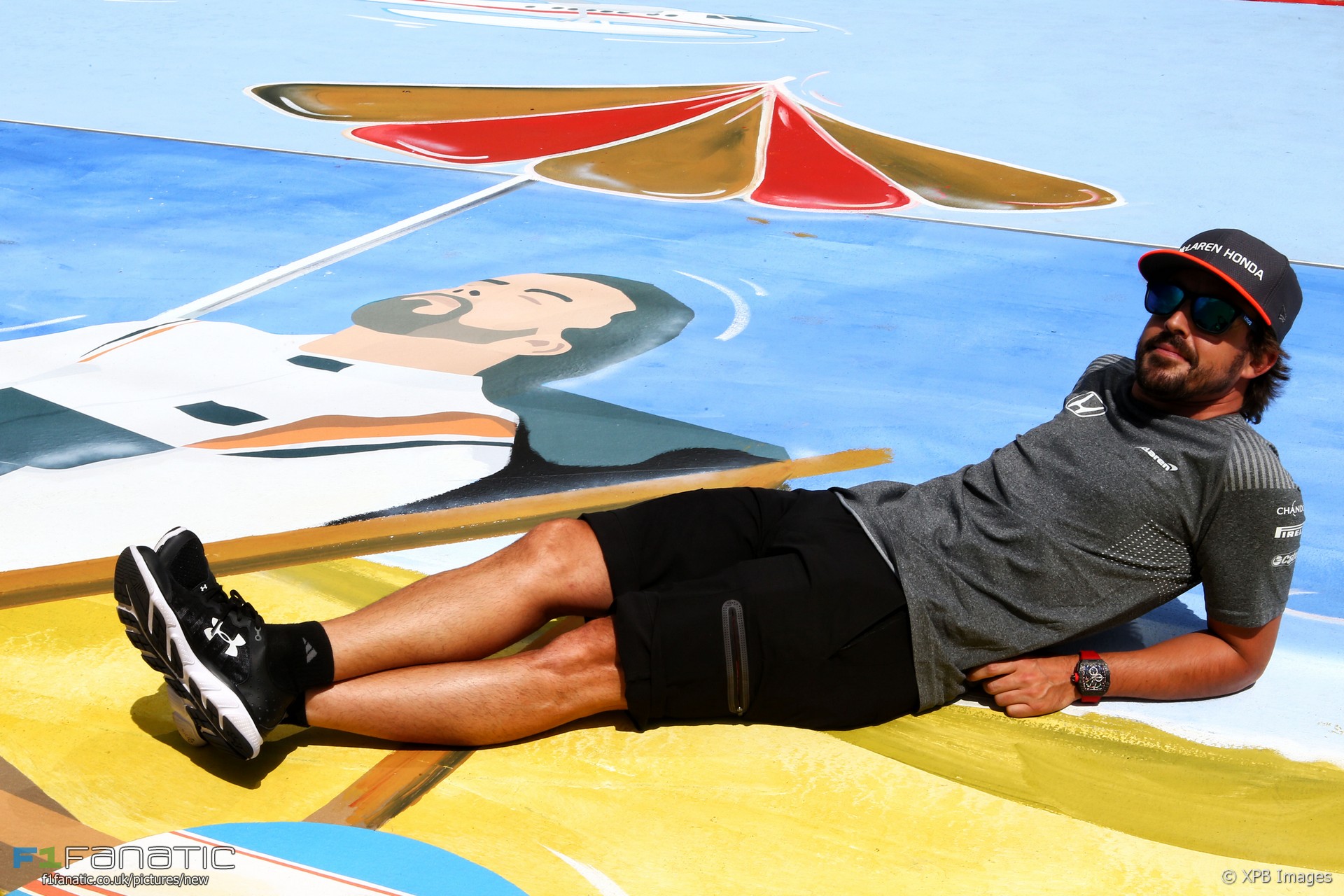 After three years in a McLaren-Honda it’s becoming difficult to find new ways of saying ‘think what he could do in a better car’. Alonso had to fight for his sixth place and produced one of the few genuine passes of the race by hanging onto the outside of Carlos Sainz Jnr at turn two.

For that alone he was already the star of the race. Nicking the fastest lap without needing a stop for fresh tyres was a bonus and no fluke: He was the fastest driver on track three times in the last ten laps.

How can a driver who qualifies and finishes behind his team mate be deserving of a ‘star’ accolade? Because he hadn’t turned a wheel in the Williams FW40 before he qualified it.

On his fifth lap of qualifying he was within eight-tenths of Lance Stroll – and he was actually quicker around the final corners. Di Resta’s race pace compared well with his team mate’s as well until he had to retire. In the context, this was an impressive performance.

It’s easy to point out Kimi Raikkonen would have beaten Vettel had Ferrari allowed him to run longer at the end of his first stint (or if Raikkonen had taken matters into his own hands). Vettel put himself in a position to win by out-pacing Raikkonen in qualifying, and even then had to cope with an ill-handling car from the very early stages of the race.

Putting up with a steering imbalance is one thing for a few laps at Monza but quite a different matter when it’s almost an entire race distance at the Hungaroring. Had Vettel put a wheel wrong Raikkonen would have been through, but he never did.

Damaged his car twice during practice and was seven-tenths off his team mate in qualifying.

During the race Palmer was ordered to let Hulkenberg pass. Renault told his team mate: “Jo is slower than you.” That said it all.

He increasingly has the Pastor Maldonado-like air of an overindulged driver who needs the slap of reality a race ban would bring. He’s now just two penalty points away from one thanks to his latest blunder in practice.

The fact he picked up four places in the race is flattered by the fact he started out of position anyway because of his penalty. Once again it was Carlos Sainz Jnr who demonstrated where the Toro Rosso should have finished.

It’s perhaps harsh to mark Verstappen down on the strength of one bad move, but it was a howler and it ruined his team’s race on what should have been a good weekend for them. As well as taking Daniel Ricciardo out he destroyed his own chances with a ten-second penalty which removed the team’s tactical advantage at a stroke.

At least he had the sense to apologise afterwards.

Ricciardo set the practice pace on Friday but a breakdown on Saturday morning and his team mate’s assault on Sunday made this a wasted race. Hulkenberg had frustrations too: a gearbox change penalty cost him his ‘best of the rest’ qualifying position, then a slow tyre change dropped him behind Magnussen who pushed him off the track.

While Raikkonen had to settle for second the Mercedes drivers behind him found the W08 a bit of a handful at this track. An error in qualifying and an indifferent start made life difficult for Hamilton, while Bottas lacked pace on the soft tyres.

Tensions continue to simmer at Force India whose drivers collided again, Esteban Ocon blaming Sergio Perez, but at least both scored points this time. They were beaten by an on-form Sainz, however. Vandoorne’s strategy didn’t work out but at least he got a point.

Magnussen should have expected a penalty for his move on Hulkenberg. Romain Grosjean toiled away with the Haas on Friday as usual, made progress on Saturday, but was thwarted by tyre and wheel problems in the race.

Stroll wasn’t quicker than Felipe Massa in practice when his team mate was unwell. It was a very disappointing weekend for Sauber, who despite their new aerodynamic package struggled near the tail of the midfield. Ericsson flat-spotted his tyres.