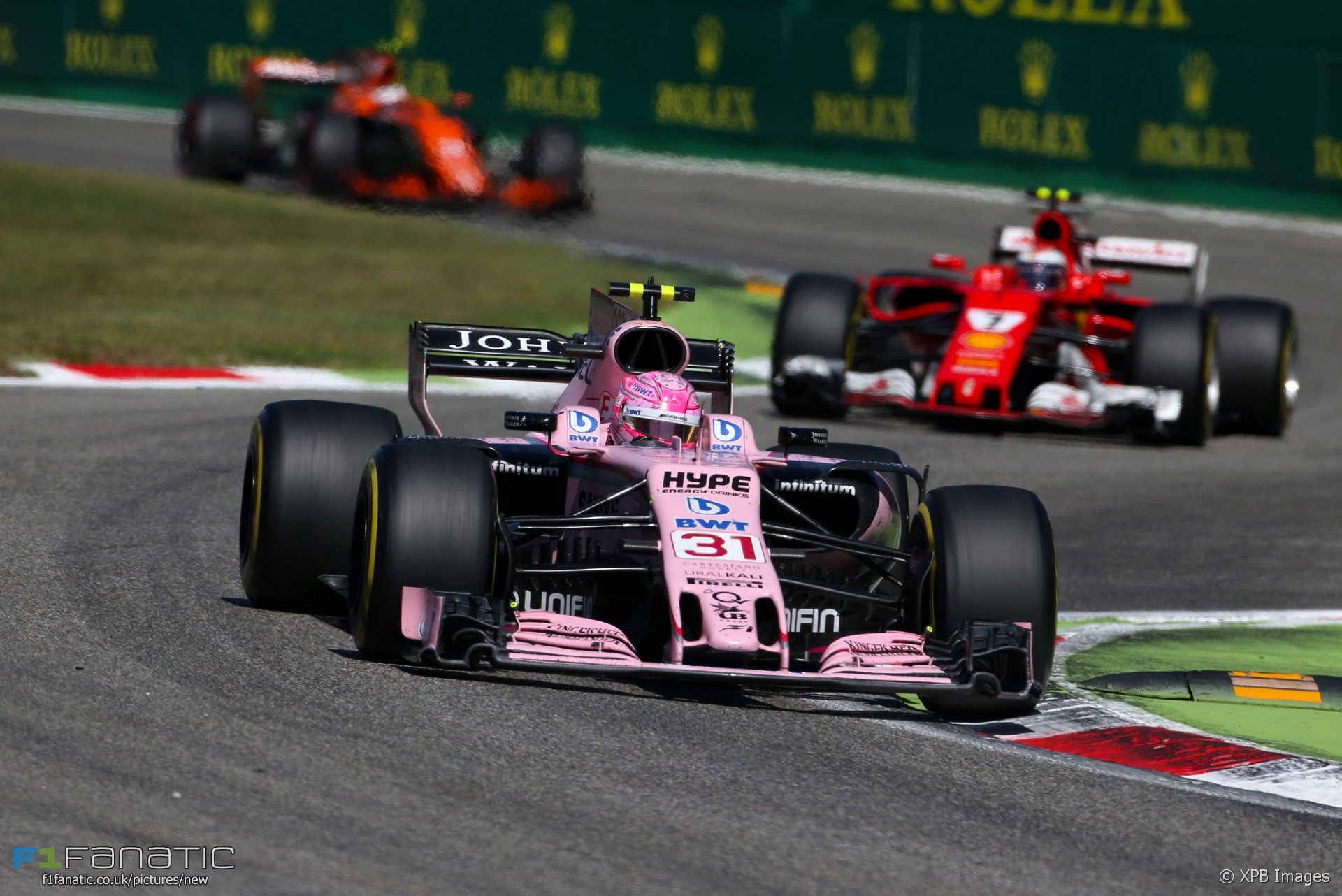 There’s no doubt both Mercedes drivers enjoyed a substantial performance advantage at Monza but it was Lewis Hamilton who exploited it most ruthlessly. He dazzled in qualifying, conjuring up lap times few could approach. It meant he started the race from a position of strength and as a result he never looked in danger.

From the tightly-knit midfield Esteban Ocon emerged as the ‘best of the rest’ by incredibly fine margins. He beat team mate Sergio Perez into Q3 by just two-thousandths of a second. He narrowly out-braked Lance Stroll’s Williams at the start and spent the race of the race eyeing the threat from behind. The FW40s looked quicker than the VJM10a at Monza, making this an especially impressive drive.

Demoted towards the rear of the field by engine penalties, Daniel Ricciardo patiently climbed up the order to take an excellent fourth place. His last pass, on Kimi Raikkonen’s Ferrari, was a gem of a move.

Should have beaten Ocon to sixth but gets a nod on account of his superb qualifying performance which handed him a front-row start.

He managed to out-qualify Sebastian Vettel in the rain-hit qualify session. But he had a poor race, unable to make the same quick progress through traffic as his team mate and struggling with his car’s balance. Despite Vettel having to cope with a steering problem for 20 laps Raikkonen still finished 23 seconds behind him.

It would be easy to be too hard on Grosjean for his qualifying crash: In those conditions someone in one of the lower-downforce cars was inevitably going to aquaplane off and it happened to be him. But the first-lap incident which ruined his race was completely unnecessary: Why was he risking so much with Max Verstappen, in a car the Haas was never realistically going to be able to keep behind?

Bottas didn’t have anything for Hamilton last weekend. Third was as good as it was ever going to get for Vettel, who was fortunate his unseen turn one error didn’t prove more costly.

Felipe Massa made contact with his Williams team mate at the end of the race as he tried to find a way through into seventh, but had to settle for eighth. Perez ran a long first stint on his way to ninth.

Verstappen should have been higher than tenth but picked up damage while trying to pass Massa early on. The stewards took no action on that and also on Verstappen’s latest incident with Kevin Magnussen which left the Haas driver fuming.

Daniil Kvyat finished 12th, two places ahead of Carlos Sainz Jnr, having out-paced his team mate in qualifying too. The pair were separated by Nico Hulkenberg, who found his Renault couldn’t get much grip out of the intermediate tyres in qualifying.

The other Renault didn’t see the chequered flag. Jolyon Palmer had already enraged Fernando Alonso by passing him off the track, for which he received a penalty which would have kept him in front of the McLaren. Alonso let everyone know what he thought of that before inevitably stopping, this time with a gearbox problem. The other McLaren of Stoffel Vandoorne dropped out with a power unit problem having run inside the top ten for 16 laps.

The Saubers could only watch the rest of the field pull away from them. Marcus Ericsson was passed by his team mate and then retired anyway.