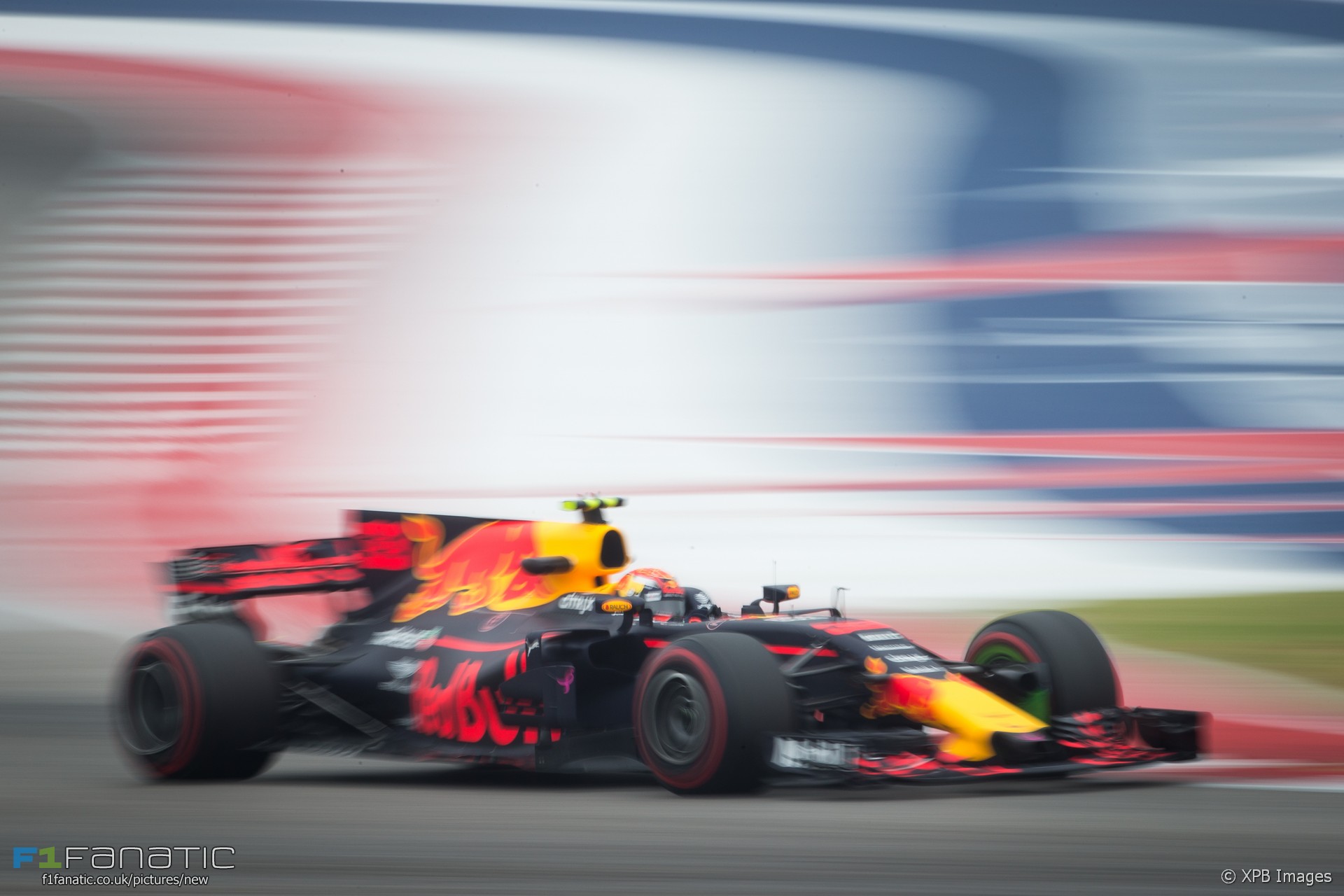 Red Bull fumed at the stewards’ decision to hand Max Verstappen a penalty which dropped him off the podium at the United States Grand Prix.

Verstappen had climbed from 16th on the grid and started the final lap in fourth place behind Kimi Raikkone n.He passed the Ferrari driver in the final sector of the lap but the stewards ruled he had gained an advantage by running off the track.

“It’s of course a big shame that you miss out on the podium afterwards, they take you away again,” said Verstappen. “It’s just one idiot steward up there who always makes the decision against me.”

“Also now I get a five-second penalty and a penalty point. For what? At the end of the day everybody’s running wide on the track everywhere, there are no track limits. The crowd is loving it. And then you do something like that in front of world TV. You pick up somebody from the podium and tell them to go away. I still had a great race, I’m still happy with fourth, it’s just the way they did it is unbelievable.”

“You can’t protest [the decision],” he added. “It’s in the rules. They know how to make the rules.”

“At the moment it’s in their favour. They decide and you can’t do anything against it which is, of course, really weird. But what can you do. It’s not good for the crowd. I really hope next year nobody is coming because like this the sport doesn’t make sense.”

“Everybody’s loving it, it’s great action. You go five or ten centimetres inside the kerb, everybody’s running wide everywhere and they don’t say anything. Like in qualifying in turn 19 you could just run wide wherever you like. And then they kill the race, basically, like that.”

The stewards ruled Verstappen “did leave the track, with all four wheels off the track by at least half a metre, and overtook car seven [Raikkonen] in doing so.”

“The driver did gain a lasting advantage,” they added.

“They’ve been driving off-track all weekend this weekend,” said Horner. “Max made a fair move, a strong move. I think to penalise him for that is not right.”

Although the penalty cannot be overturned, Horner said he intends to speak with the stewards.

“We’ll go and have a word with the stewards,” he said. “I think it’s an appalling decision. They rob all the fans here of a fantastic podium. It’s a great shame. A great grand prix and they’ve screwed it up.”