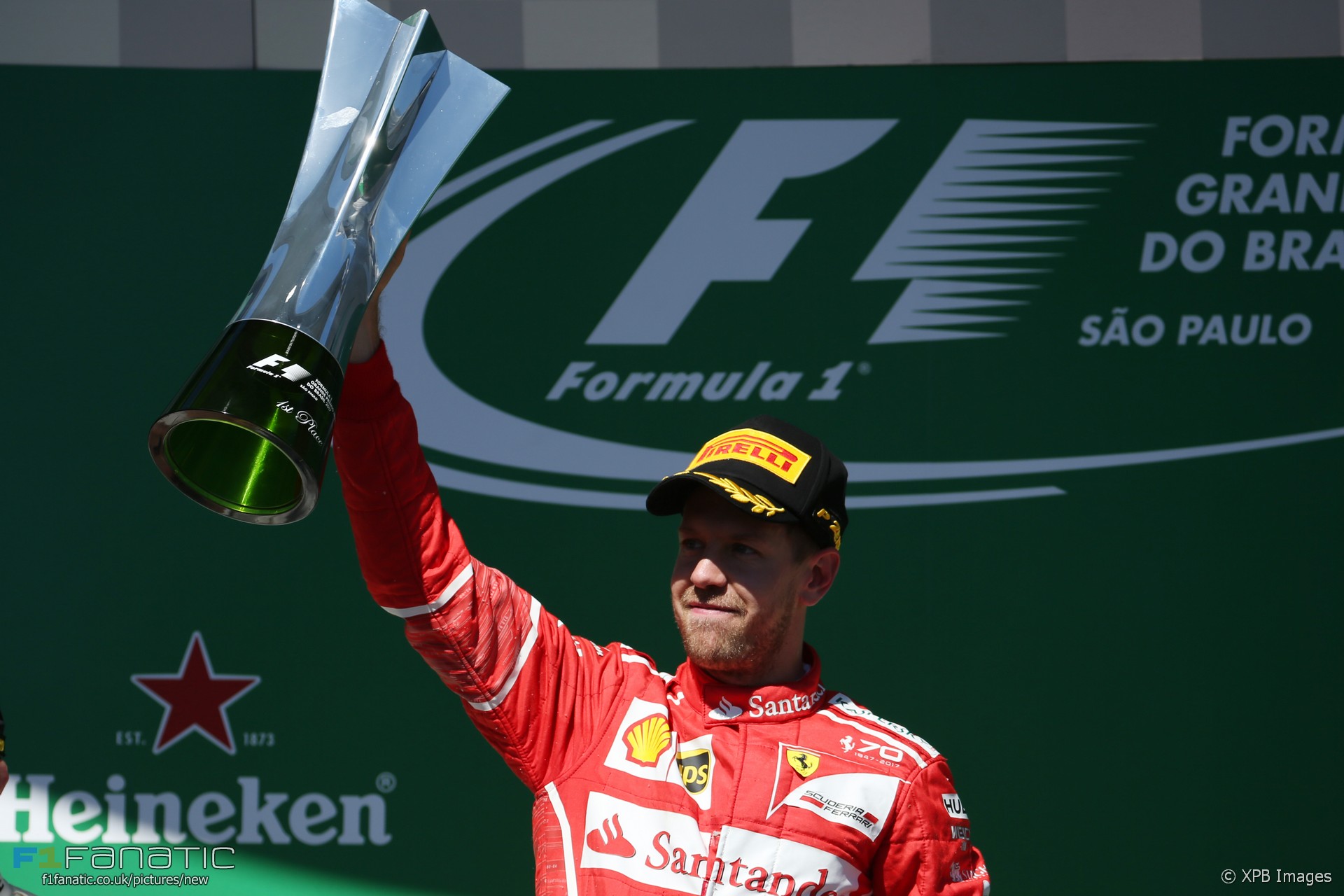 Sebastian Vettel said his first-lap pass on Valtteri Bottas was crucial in securing his Brazilian Grand Prix victory as Mercedes were quicker than Ferrari.

“It was crucial to get ahead,” said Vettel. “After that I think it’s fair to say maybe they were a bit quicker.”

“I think Lewis [Hamilton] was a bit quicker on race trim,” he added. “On the other hand he had a mirrored strategy which we’ve seen a couple of times if you stay out of trouble in the first stint it works to get back to the end. I think then the way the circuit was at the end the super-soft was probably a way better tyre.”

Vettel said his 2.7-second win over Bottas wasn’t as easy as some might have thought.

“It might have looked that from the outside but it wasn’t easy from the inside,” he said. “I was pushing all the way.”

“I think Valtteri as well was told to put a lot of pressure. He did, fortunately he never got in range with DRS, never got close enough. I think that was the key to make sure that in the middle sector we get some gap to make his life tougher.”

Bottas nearly got in front of Vettel after the Ferrari driver made his sole pit stop of the race. Vettel said he was relieved his entry into the pit box was more successful than it had been at other races this year.

“I was really happy with my approach on the way in because I had a couple of wobbles this year at times which doesn’t help the guys because the car doesn’t come in in perfect position.”

“But the stop was really quick so we got going and I was told it was going to be really close. The pit exit here is probably the most exciting corner around the track, very close, but it was enough as it was.”