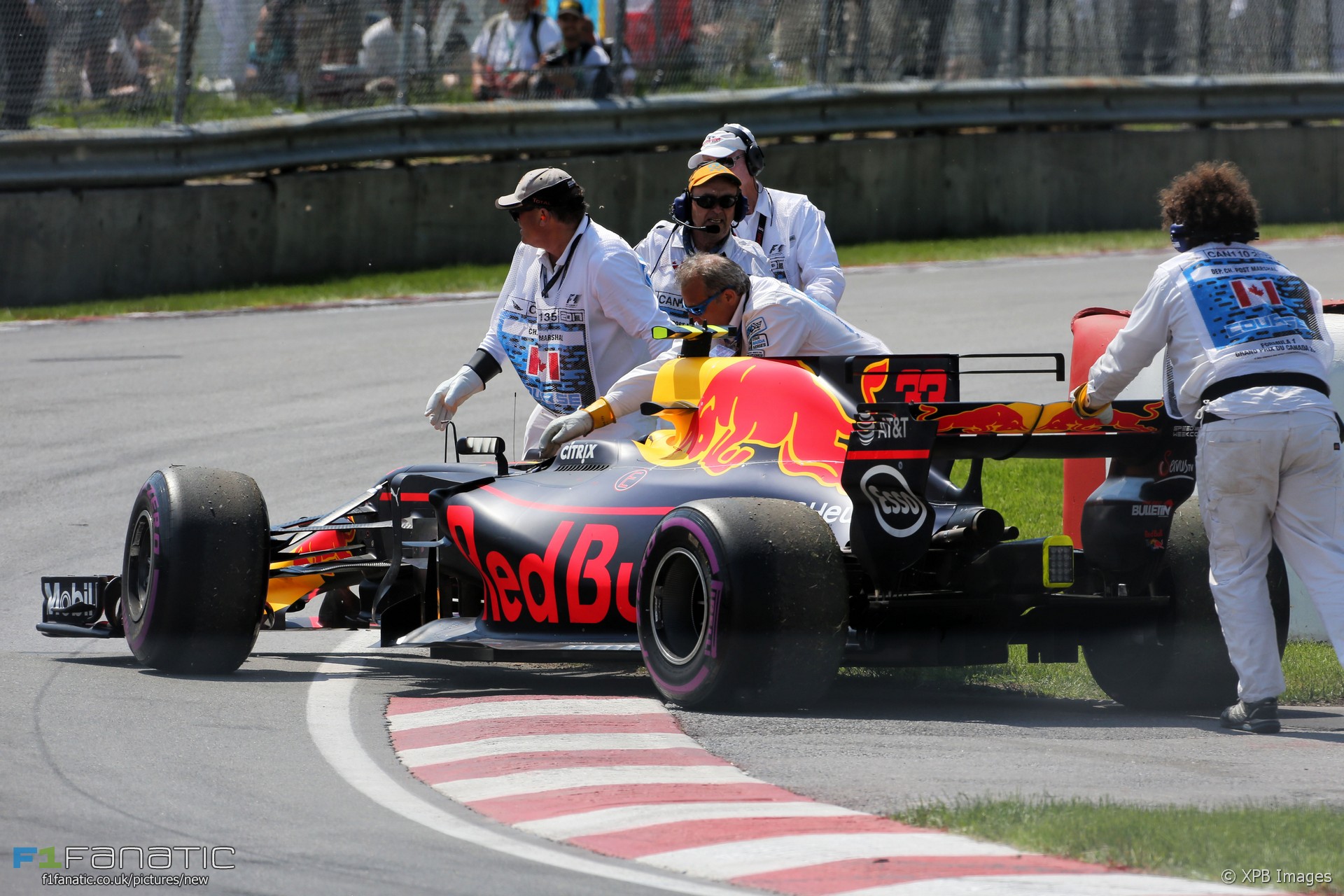 Red Bull won more races in 2017 than last year yet slipped to third place in the constructors’ championship. And it wasn’t a close call either way: they were 150 points behind second-placed Ferrari and around 200 points ahead of Force India.

There were two chief reasons for this slump, one of which Christian Horner readily described. “If you look at the number of points we have given away through unreliability, it’s close to 160,” he said. “Engine reliability has hit us really hard”

This is certainly true. Most of Red Bull’s stoppages were engine-related and they posted far more retirements than Mercedes and Ferrari combined. But the team was also compromised by simply being off the pace at the beginning of the season.

This was unexpected as, on paper, the 2017 regulations change played into Red Bull’s hands. They have always been one of the strongest teams when it comes to aerodynamic development, yet they arguably missed a tricky which Ferrari picked up on when it came to sidepod design. Meanwhile pre-season regulations changes regarding suspension systems probably cost them more than they admitted.

Once Renault had addressed the reliability problems they encountered early in the year, Red Bull began to make headway. In-season development continued to be a major strength and few teams seemed to make as great strides with their cars as Red Bull did with the RB13.

Daniel Ricciardo bagged a lucky win in Azerbaijan where team mate Max Verstappen stopped early on. The latter bore the brunt of the team’s problems early in the season but later in the year roles were reversed and Verstappen claimed a pair of excellent wins.

The Renault’s shortcomings went beyond reliability. Mercedes and Ferrari can still extract more from their power units on a single flying lap, which often consigned the RB13s to the third row of the grid. Pole position only ever went to the silver or red cars.

In race trim Red Bull were usually a more potent threat. Both drivers demonstrated exceptional race craft, Ricciardo dazzling time and again with his super-late moves on the brakes. Verstappen continues to be the sport’s most exciting young talent.

Late in the season Red Bull had found great form with their car but were hit by a fresh wave of engine problems and grid penalties. It’s no surprise Horner has become a vocal critic of the already-agreed rules change which will see the maximum number of engines per driver reduced from four to three next year.

In the meantime he is putting a brave face on things. “We will take all the lessons from this year into next year and we have a lot to be optimistic about,” he said. “We are hopeful that the engine situation will improve and we are getting a lot of promises that will be the case.”

How much of a future does Red Bull have with Renault? Their contract is tipped to expire at the end of next year and rumours claim Renault will not extend it. Red Bull may be in a situation where it has to take over their sister-teams Honda deal as an interim solution until 2021 when new engine regulations arrive. The team appears to be betting on new 2018 title sponsor Aston Martin being the long-term solution to their power problems.