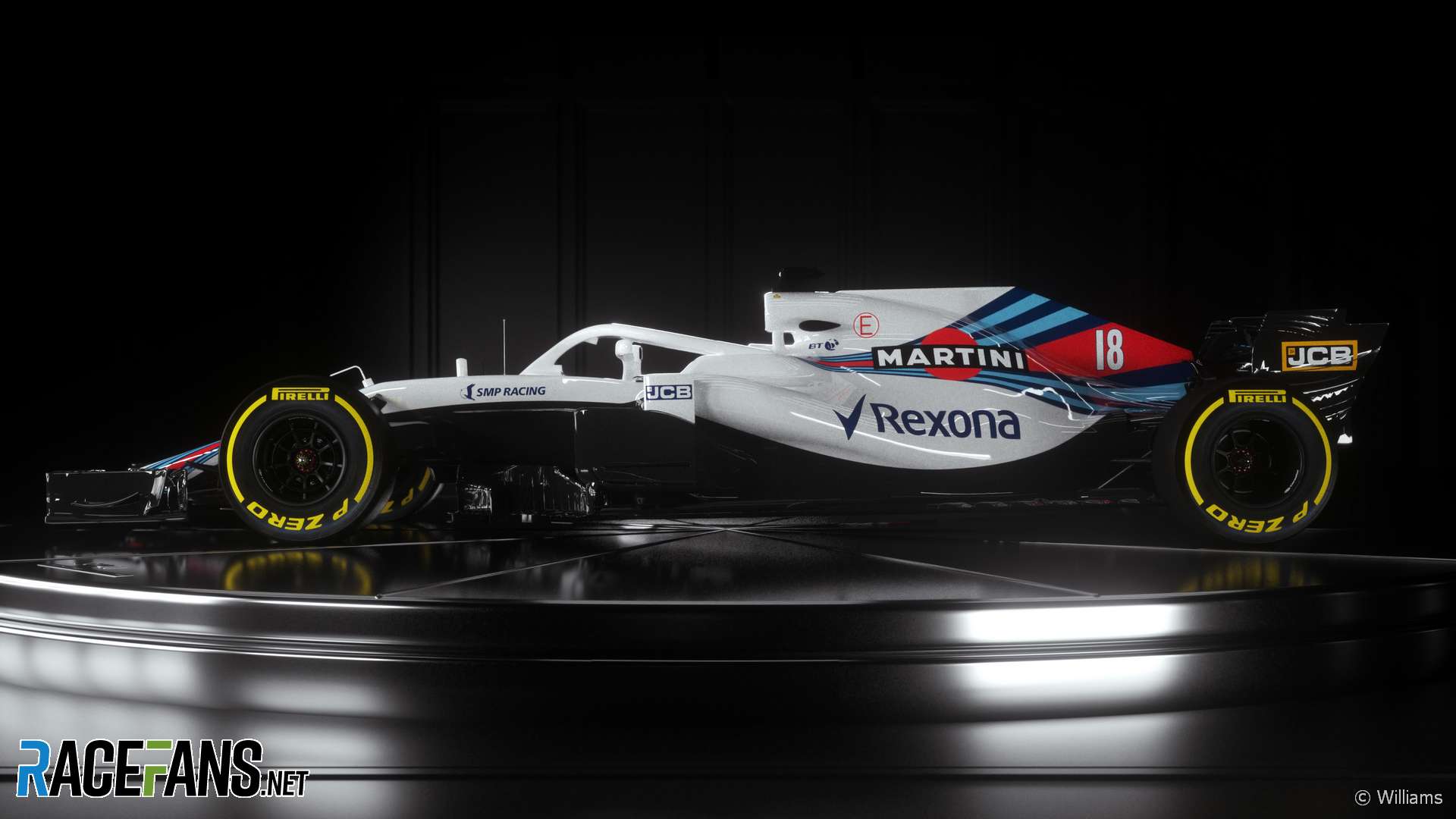 Williams has revealed the first images of its FW41 car for the 2018 F1 season.

The team said the car looks “significantly different” to last year’s model, which took it to fifth in the constructors’ championship. It has been designed by chief technical officer Paddy Lowe and head of aerodynamics Dirk de Beer.

Lowe said the car “has many new features, most of which are not all that obvious, but externally the team has pursued a very different aerodynamic concept which has allowed us some significant progress in aerodynamic performance.”

“All Formula One cars are an evolution of what has gone before to some extent, but the FW41 does involve a number of departures from the directions that have been pursued in the past. Overall, the philosophy we are starting to see emerge is a new approach to the collaboration between aerodynamics and design to achieve the optimum working result.”

The FW41 features “radical changes to the car’s packaging” in order to accommodate its new Mercedes power unit, Lowe added. “We hope that this car will make progress in the performance rankings relative to 2017.”

It’s also my pleasure to welcome Sergey and Robert to Williams, who have both displayed exceptional speed and qualities that I know will only strengthen the team,” said Williams. “Sergey has impressed the technical team and it is great for us to be able to give him the opportunity to step up into a race seat. Robert, will also be working closely with the team, utilising his experience to help develop the car throughout the season.”