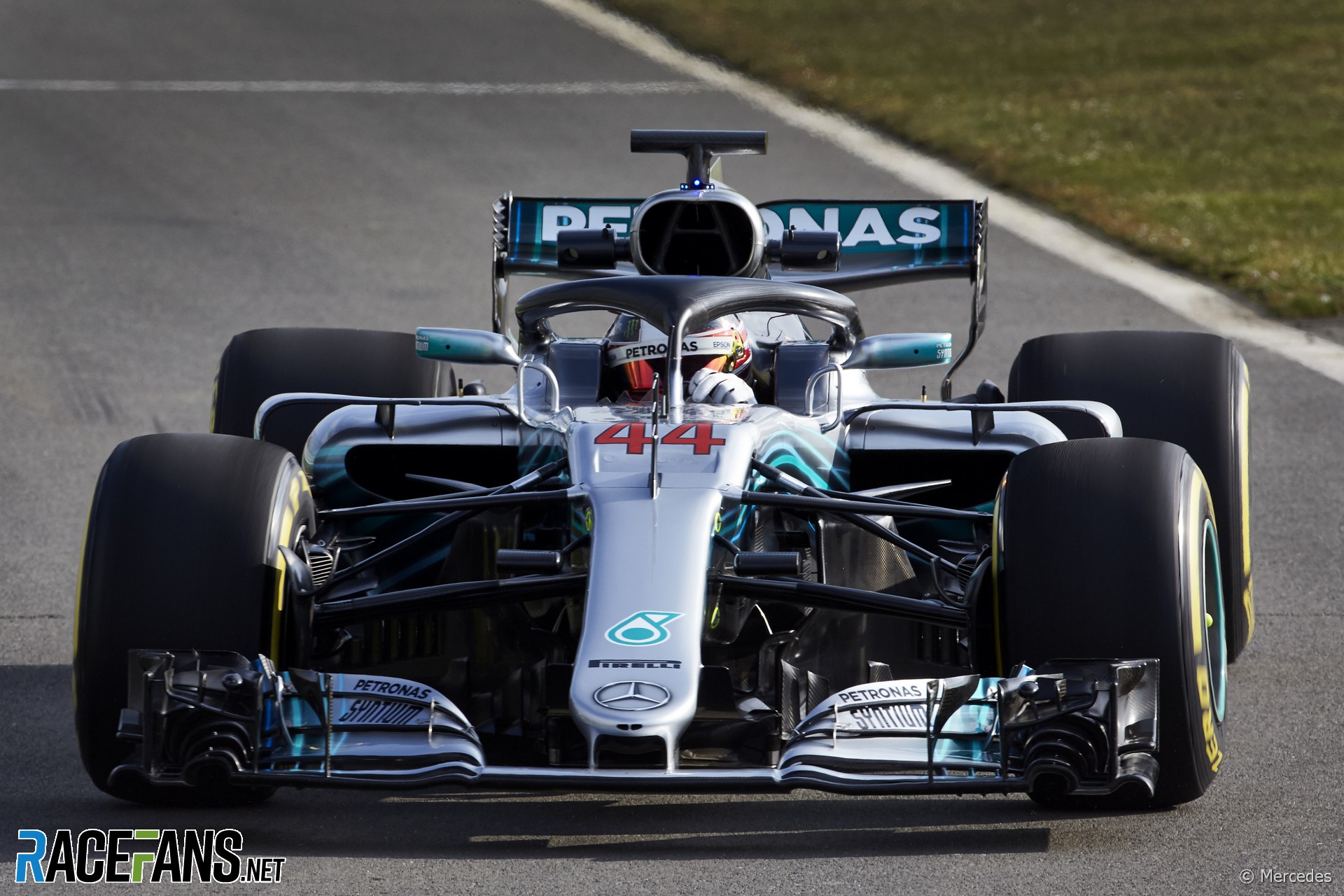 Mercedes have revealed their new car for the 2018 F1 season.

The Mercedes W09 is the car with which the team hopes to defend the world championship it won in all of the last four seasons. Only one team in Formula One history, Ferrari, has won constructors’ and drivers’ titles in five consecutive years.

The car ran at Silverstone before being officially presented to the media and fans with drivers Lewis Hamilton and Valtteri Bottas.

With the new car Mercedes has attempted to address the weaknesses of its predecessor which helped Ferrari challenge them for victories throughout 2017. While Hamilton won the drivers’ championship Bottas, in his first year with the team, ended the year third, becoming the first Mercedes driver to be beaten by a rival from another team since 2013.

Mercedes said its new car features the same wheelbase as the W08 and runs a “slightly increased” angle of rake in the chassis.

The car features a new M09 power unit, a development of the engine and hybrid system which has proved F1’s most competitive since the current V6 hybrid turbo rules were introduced.

“The amount of change on the power unit for this year is quite considerable and driven by a number of requirements,” said Mercedes managing director Andy Cowell.

“The biggest challenge we’ve got is lifting our durability limit with the challenge of racing just three engines per driver per championship and two ERS systems. That’s a 40% increase in the distance that the hardware needs to do for this year compared with last year. We focussed on trying to increase the life of the hardware without losing performance.”