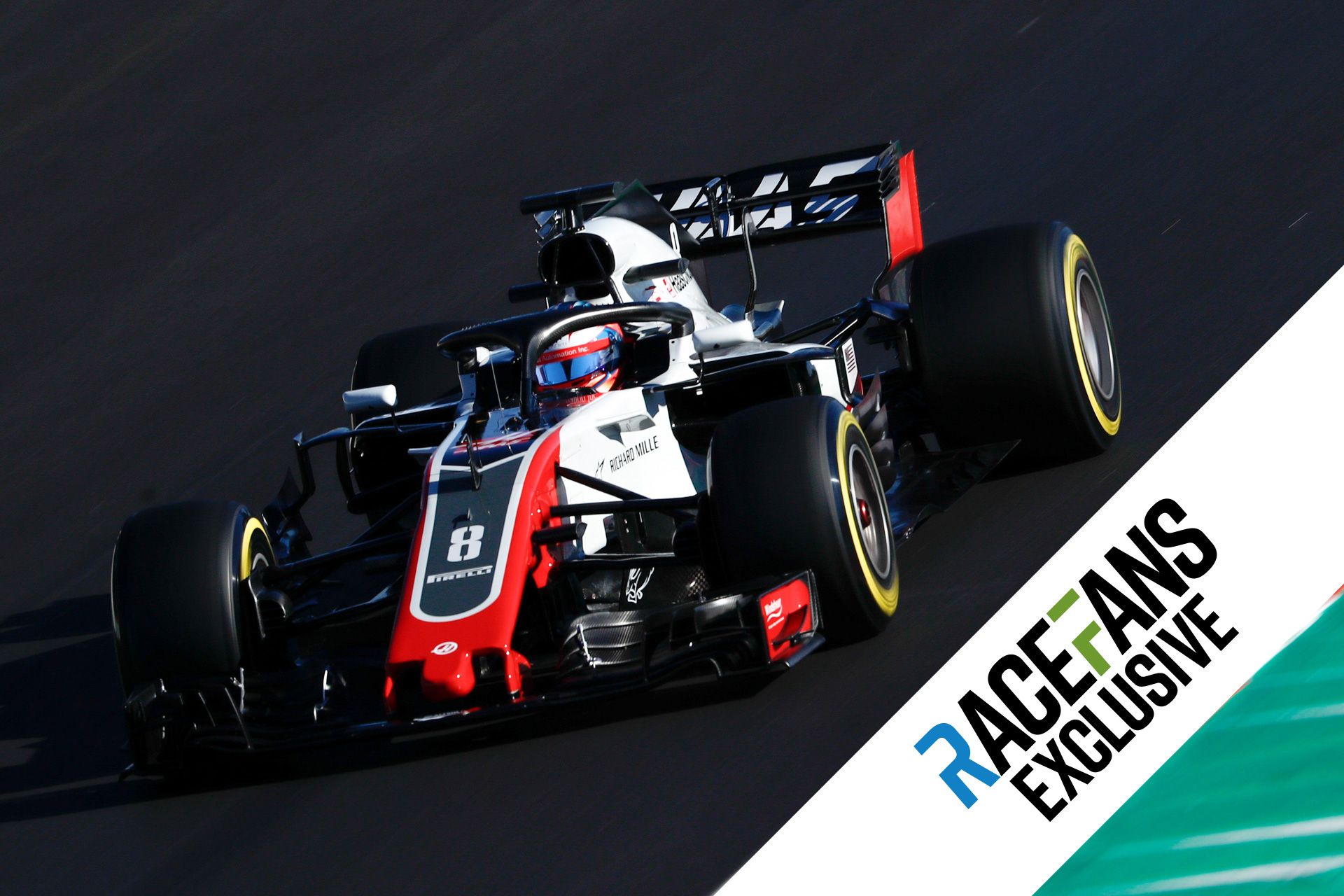 Haas caused a stir on its debut in 2016. Romain Grosjean took them to sixth and fifth-place finishes in its first two races.

The only new team to have entered the sport in eight years did so by taking full advantage of rules allowing them to source parts from another manufacturer. Haas obtains these ‘non-listed parts’ from Ferrari.

Therefore its 2016 car was close in many ways to the previous year’s Maranello machine. But last year a drastic overhaul in the aerodynamic regulations limited their ability to take advantage of the same opportunity. In 2018 those rules are largely unchanged, so Haas can again take greater advantage of its Ferrari connection.

“Linkage” is the preferred term of Haas chief designer Rob Taylor to describe how the two teams co-operate. “It’s a double-edged sword,” he tells RaceFans in an exclusive interview. “It has its bonuses and it has its problems.”

The VF-18 has clear echoes of the SF70-H. In particular its sidepods, which adopt a design trend Ferrari led last year which other midfield teams say would be expensive and time-consuming to emulate.

The team’s performance in testing indicate the partnership is paying off. Haas lapped 1.1 seconds off the best outright time in testing, set by Ferrari’s Sebastian Vettel. Moreover, they did so on super-soft tyres which are two stages harder than the hyper-softs Vettel used.

Taylor admits life with Ferrari was “quite hard” at times in the beginning. But now the Scuderia has become more accustomed to anticipating their needs.

“When people are designing things in Maranello it’s the understanding that ‘hold on a minute someone else looking over my shoulder’ – the Haas guy, in a virtual sense, will be interested in this piece of information. So that relationship has improved markedly in that way.

“We get data that people realise in Maranello is important, where beforehand we’d get a nasty surprise at the last minute. The information flow, the understanding, the relationship between us is improved markedly.”

There is a limit to how far this goes, of course: Ferrari is never going to compromise its own competitiveness for the sake of its customer.

“It still doesn’t change the fact that the deadline, the actual crunch time, the definitive data still runs at the Ferrari pace and in our world it’s late,” says Taylor.

Haas has also begun to produce more of its own alternatives to the non-listed parts. “With each car along the way there’s been certain parts where we couldn’t use, for various reasons – a part that would have been notionally available to us in a listed/non-listed sense,” says Taylor.

“Those are through circumstance rather than through the business model. So there’s certain times where we’ve thought ‘we can’t use that, we’re going to have to put that to one side and make our own’.”

Taylor says it’s a trend that’s “grown over the three cars” Haas has raced so far. “We’ve been more insular about our own, what we want to achieve so we’ve decided I’m not going to take the easy route and grab a Ferrari bit, I’ll do my own bit to do it. Because we’ve grown in our ability to make and manufacture in supply chain it allows you more freedom in that respect.”

The team’s fortunes remain closely wedded to Ferrari’s form. And as with all the customer teams, a vital question arising from the off-season is whether the new technical directives on how they teams can operate their engines brings them closer to the front-runners.

If Haas takes another step forwards this year it will surely serve as an incentive to others to look more closely at following the Haas route. For any potential new teams enticed by Liberty Media’s goals of making F1 more cost-effective, the Haas model is surely one they should examine closely.

In the meantime this fledgling outfit is becoming more ambitious. “Watching the team evolve and the car evolve in parallel, to some extent we’re pushing the capabilities of the team and the car at the same time.” says Taylor.

“We can’t afford to make a car that’s hideously difficult to service and maintain and do all those things with an immature race team. The two go hand-in-hand. It’s not one or the other it’s both.