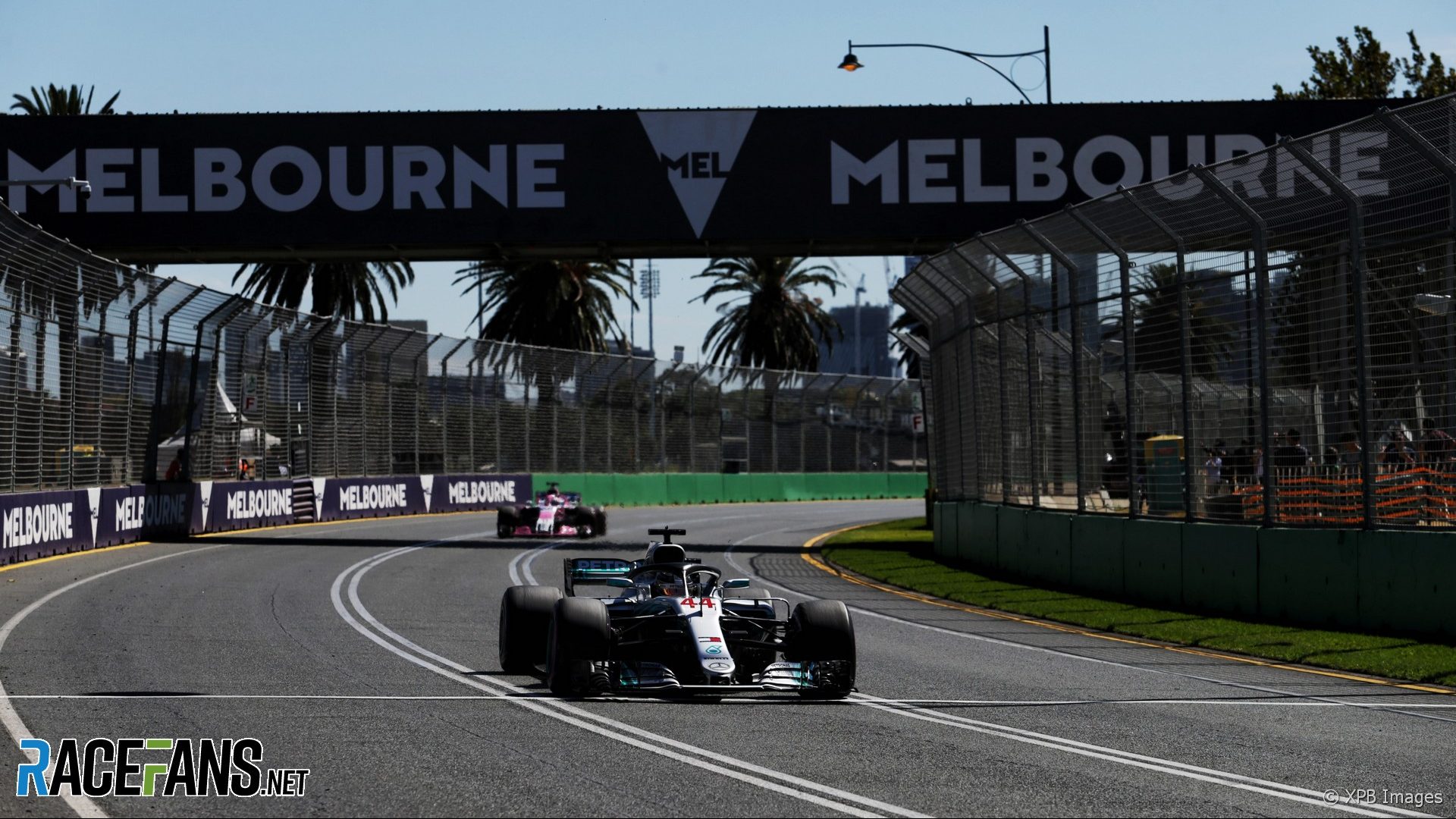 Lewis Hamilton revealed Mercedes are tackling the ultra-quick turns 11 and 12 at Albert Park without touching the brakes.

“Obviously the car is quicker here than it was last year, so it feels better everywhere,” said Hamilton. “Turns 11 and 12 are crazy, we’re not even braking into that corner, it’s insane.”

During pre-season testing Mercedes revealed they were able to take turns three and nine at the Circuit de Catalunya flat-out.

Hamilton headed both of Friday’s Australian Grand Prix practice sessions and said the world champions had “started on the right foot.” However second practice ended with Mercedes, Red Bull and Ferrari separated by less than three-tenths of a second.

“It closed up a little bit in FP2 in terms of the gap between us all, but that’s exciting. It’s more challenging for me to try and eke out a little more from the car.

“The tyres definitely didn’t seem to have the same issue that we had in Barcelona where they were blistering, so it felt a lot more normal,” he added.

However Hamilton said tomorrow’s final practice session and qualifying will be a step into the unknown for him if the weather in Melbourne turns wet as forecast.

“It’s going to rain tomorrow and on Sunday as far as I’m aware,” he said. “I’ve not driven in the rain yet on these tyres, so that will be interesting.”