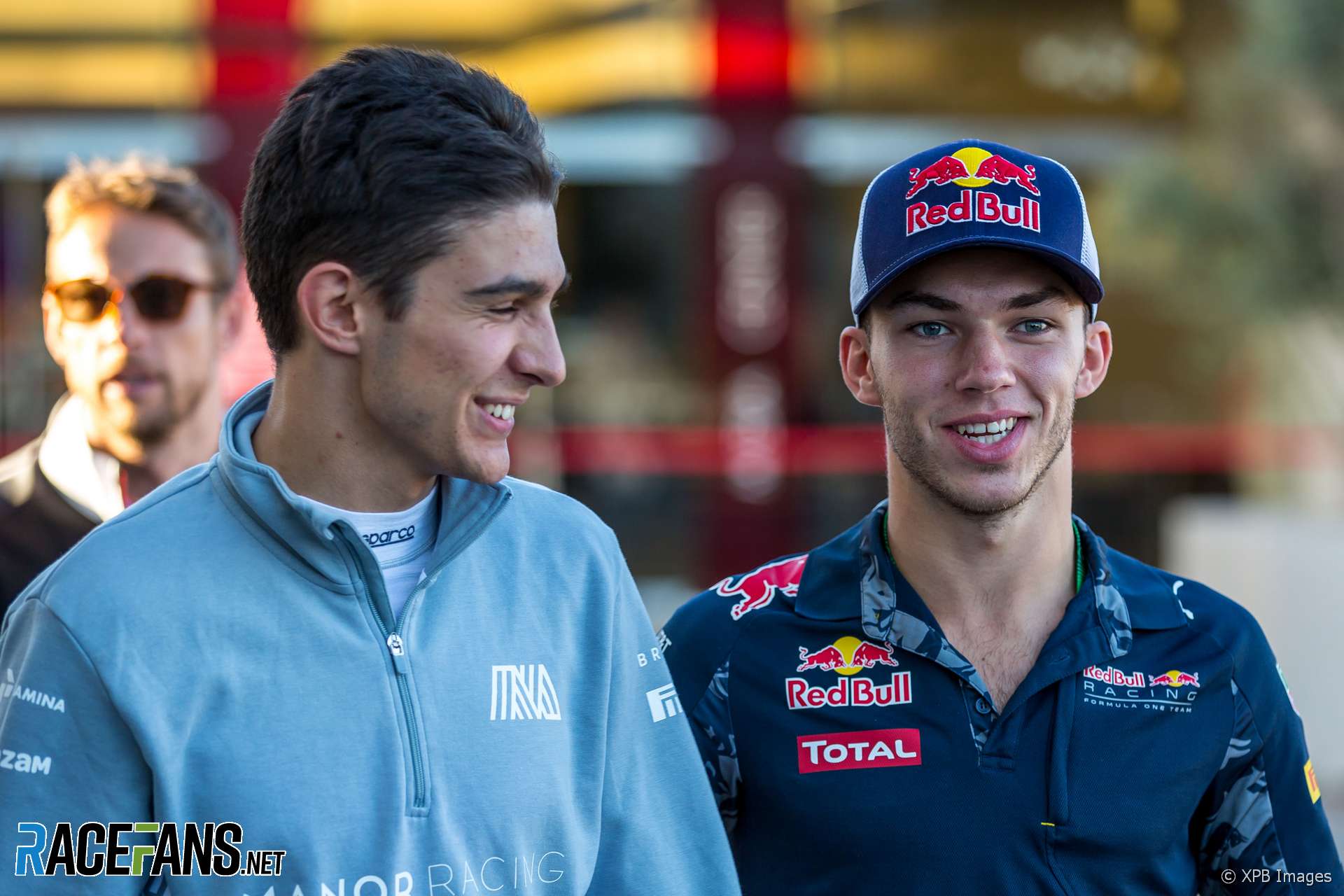 Pierre Gasly explained why his friendship with Esteban Ocon ended before the pair reached Formula One.

The French pair were karting rivals earlier in their careers but Gasly says the competition between them became too fierce for them to stay friends.

“I started to beat him and he didn’t like it so we’re not friends any more,” Gasly explained in Bahrain.

The pair began to drift apart towards the end of their time in karting, according to Gasly.

“We’ve done so many things together with Esteban. When we were like nine, 10 years old we used to go testing in karting when it was snowing, do five laps then come in because it was so cold. Go out on the track together, trying to get warm and then go back on track for three or four more laps.

“We’ve spent a lot of time together but it got to a point where he got a bit too upset and it wasn’t so nice any more. So we kind of stopped [socialising]. Then after we always [had] quite a lot of rivalry. I think we respect each other as drivers.”

Gasly says the pair do still talk to each other but not about motor sport.

“If we don’t talk about racing it’s fine,” he said. “We can spend time together, we respect each other, it doesn’t go further than that.”

Ocon arrived in Formula One with Manor in 2016 (pictured) while Gasly made his grand prix debut for Toro Rosso last season.

16 comments on “Gasly explains Ocon rift: “I started to beat him, he didn’t like it””