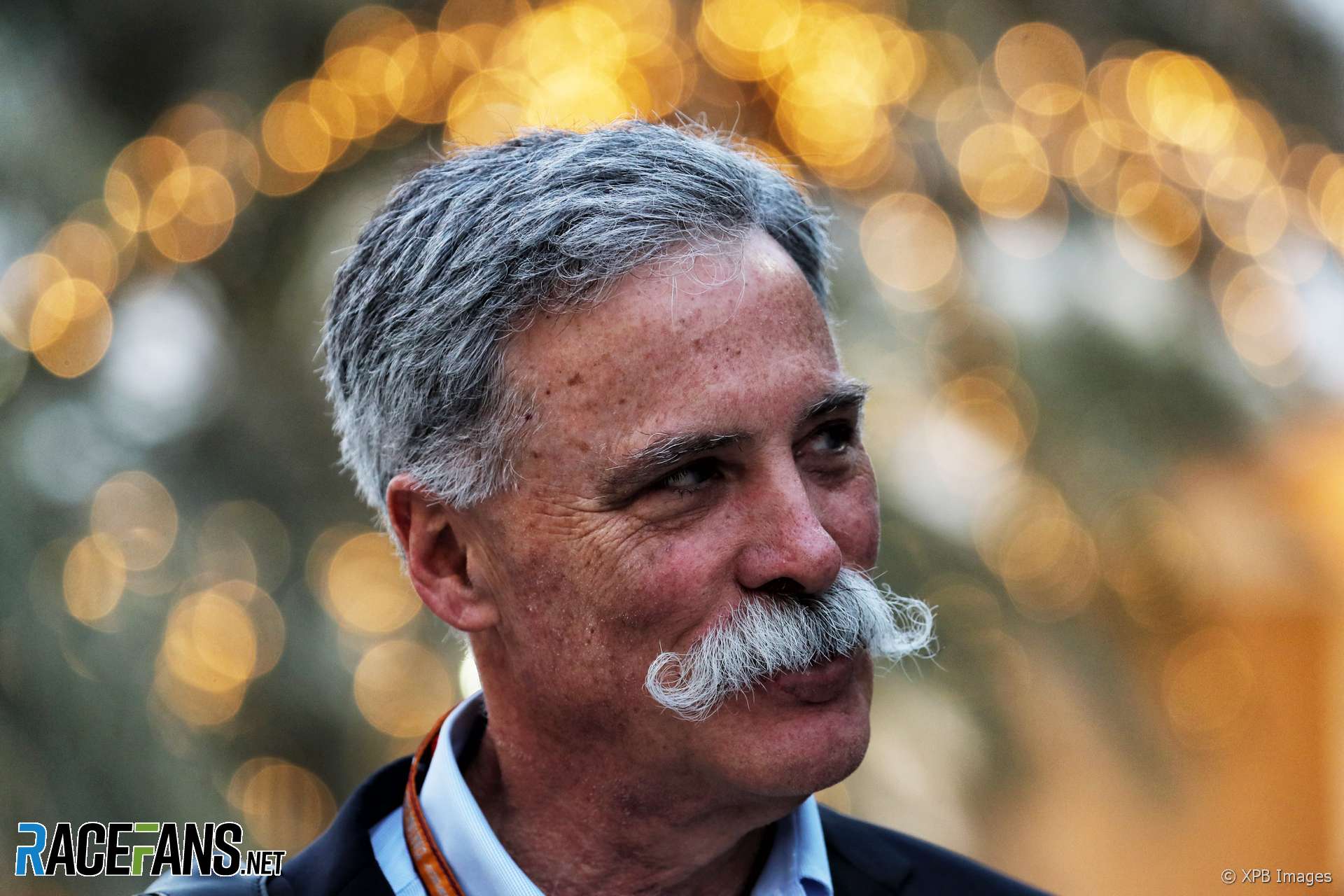 Liberty Media has proposed a budget cap among a raft of changes to be introduced to Formula One in 2021.

Teams were told at a meeting at the Bahrain International Circuit today of a series of proposals to change how income is distributed and costs are controlled within the sport.

Although no specific details of its plans have been confirmed, RaceFans understands the cost cap is to be set at $150 million.

Revisions to the prize money structure will see Ferrari’s income reduced. They and the three other manufacturers will receive bonuses of $50m. The remaining prize money – around $800m – will then be split between the 10 teams.

RaceFans understands the planned changes to the sport’s governance structure will involve a return to the 2010-12 arrangement, under which new rules were proposed by technical and sporting working groups before being submitted to the F1 Commission for approval and then to the World Motor Sport Council for ratification. Reverting to the pre-2013 system would mean abolishing the Strategy Group.

Simplification of the Formula One engine regulations by removing the MGU-H, which was announced last year, is also expected to go ahead.

Formula One Management’s ‘strategic initiatives’ for 2021

Power units (PU)
• The PU must be cheaper, simpler, louder, have more power and reduce the necessity of grid penalties.
• It must remain road relevant, hybrid and allow manufacturers to build unique and original PU.
• New PU rules must be attractive for new entrants and Customer teams must have access to equivalent performance.

Costs
• We believe how you spend the money must be more decisive and important than how much money you spend.
• While there will be some standardised elements, car differentiation must remain a core value
• Implement a cost cap that maintains Formula 1 position as the pinnacle of motorsport with a state-of-the-art technology

Revenues
• The new revenue distribution criteria must be more balanced, based on meritocracy of the current performance and reward success for the teams and the Commercial Rights Holder.
• F1’s unique, historical franchise and value must and will still be recognised.
• Revenue support to both cars and engine suppliers.

Sporting and technical rules and regulations
• We must make cars more raceable to increase overtaking opportunities.
• Engineering technology must remain a cornerstone but driver’s skill must be the predominant factor in the performance of the car.
• The cars must and will remain different from each other and maintain performance differentiators like aerodynamics, suspensions and PU performance. However, we believe areas not relevant to fans need to be standardised.

Governance
• A simple and streamline structure between the teams, the FIA and Formula 1.