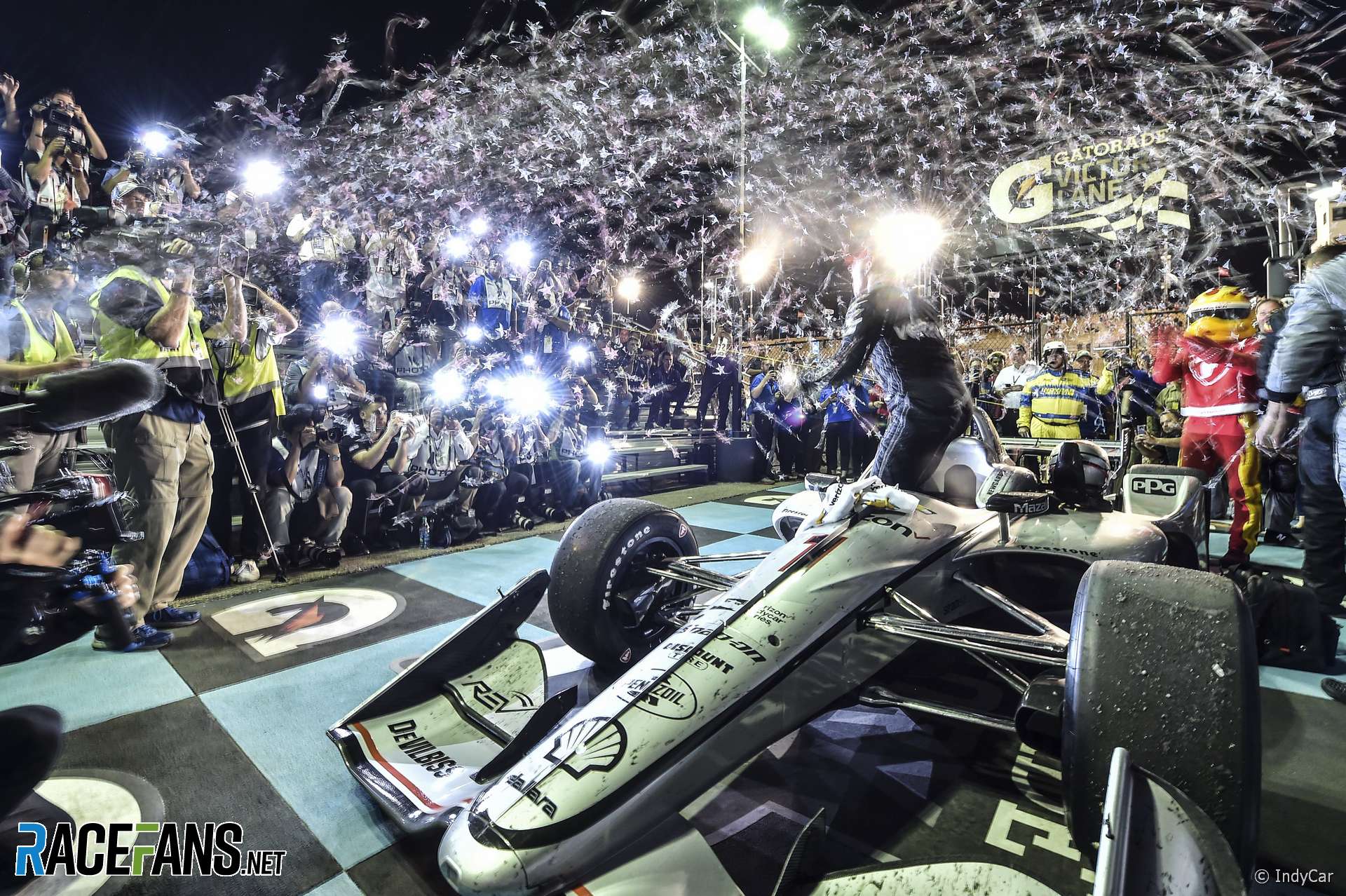 For the second time in as many IndyCar races, rookie Robert Wickens was just a few laps from victory in Phoenix before being denied.

But unlike in St Petersburg, where he was turfed off by Alexander Rossi with victory in sight, this time he made it to the chequered flag in second place.

Penske, along with most other teams, pulled their cars in for a fresh set of tyres. But Schmidt Peterson gambled on leaving Wickens and James Hinchcliffe out on worn rubber, hoping they would survive the eight-lap green-flag run to the chequered flag.

For Hinchcliffe the gamble went awry quickly. He fell prey to Newgarden soon after the restart, then tumbled down the order to an eventual sixth.

It took Newgarden several laps to prise the lead out of Wickens’ hands, eventually pulling off a round-the-outside pass which secured his first victory on the Phoenix oval. That left Rossi filling Wickens’ mirrors as the laps ticked down, but their was no repeat of their clash from last month, and afterwards Rossi congratulated his rival on taking second place in his second race.

Scott Dixon and Ryan Hunter-Reay took fourth and fifth after passing Hinchcliffe. Ed Carpenterfinished his firts race of 2018 in seventh ahead of Tony Kanaan, Graham Rahal and Simon Pagenaud.

Pole sitter Sebastien Bourdais was fortunate to start where he qualified after his Coyne team had trouble getting his car started for the formation lap. He led the early stages of the race but ran into trouble in the pits, knocking his front-left tyre changer over during an early yellow-flag stop.

There were further dramas in the pits as Rossi also made contact with his crew during a stop. Matheus Leist was released from the Foyt pit too early after one visit and shed his left-rear wheel.