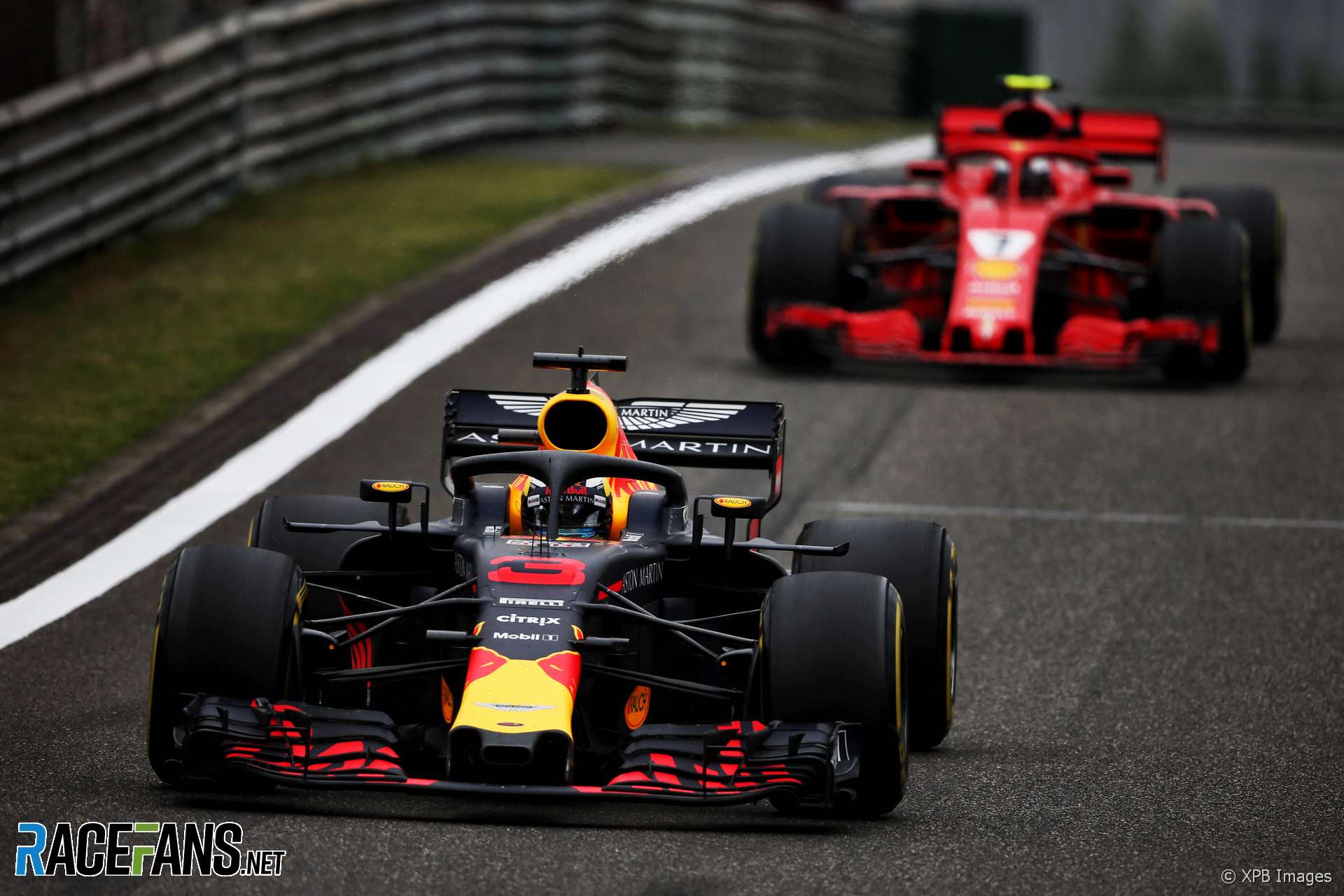 The 2018 F1 season is the fifth since F1 changed its rules to require drivers who reach Q3 to start the race in the tyres they used in Q2.

The intention behind the rule was to encourage drivers to try different strategies. For the most part that hasn’t happened. But this weekend’s race is an exception, and it could set up an exciting fight at the front.

Ferrari and Mercedes, which enjoy a significant one-lap performance advantage in qualifying, will start tomorrow’s race from rows one and two respectively on the soft compound tyres. Behind them will be six drivers on the ultra-soft rubber which, true to its name, is considerably quicker: in the region of 0.7 seconds per lap, according to Pirelli.

The opening phase of the race should see these four cars come under attack from behind. Lewis Hamilton estimated the performance advantage needed to overtake a car at Shanghai is one second, and having taken fourth on the grid he could be the first driver to come under attack from ultra-soft runners, led by the Red Bull pair.

Shanghai’s unusual first corner is often the scene of incidents at the start. But Daniel Ricciardo is hoping his Red Bull will be able to take advantage of the harder-tyred cars ahead at the start.

“It’s a pretty short run to turn one in Shanghai,” he said. “If it’s a long one eventually their horsepower’s going to give them an advantage.

“Here it’s more of a traction bias than a power bias because of the short run and obviously us having the ultra-soft, if we make a clean launch we can try to get at least one spot on pure performance. Hopefully it’s short enough that the power doesn’t compromise the good start we could have.”

Whether they can overtake on the track is one thing, but whether they’ll have the strategy to win is another. Intriguingly, Pirelli forecast that a strategy which involves starting on the soft tyre is not the quickest. Starting on ultra-softs, running them to around lap 18 and then putting a set of mediums on for the run to the flag is theoretically quicker.

That would appear to put Red Bull and the others at an advantage, but there are two caveats. One is whether they can run quickly enough in the opening stint to make the strategy work. This will involve passing both Ferraris and both Mercedes – a tall order, but watching the likes of Max Verstappen and Ricciardo try undoubtedly has entertainment appeal.

The other caveat is what the temperature is going to do. The paddock is expecting sunny conditions tomorrow which could send track temperatures far higher than what we’ve seen before. Mercedes has set its cars up with that in mind, which could also go some way towards explaining its lacklustre qualifying performance. Toto Wolff suggested the track could be as much as 20C hotter – are ultra-soft tyres which have already done a hard qualifying lap really going to stand up to another 18 in those conditions?

The outcome of the Chinese Grand Prix could be decided by the answer to that question.

Who’s got the right strategy for the Chinese Grand Prix? Are we finally going to see what Red Bull can do?

Share your views on the Chinese Grand Prix in the comments.

17 comments on “Are Red Bull really on the best strategy for Shanghai?”