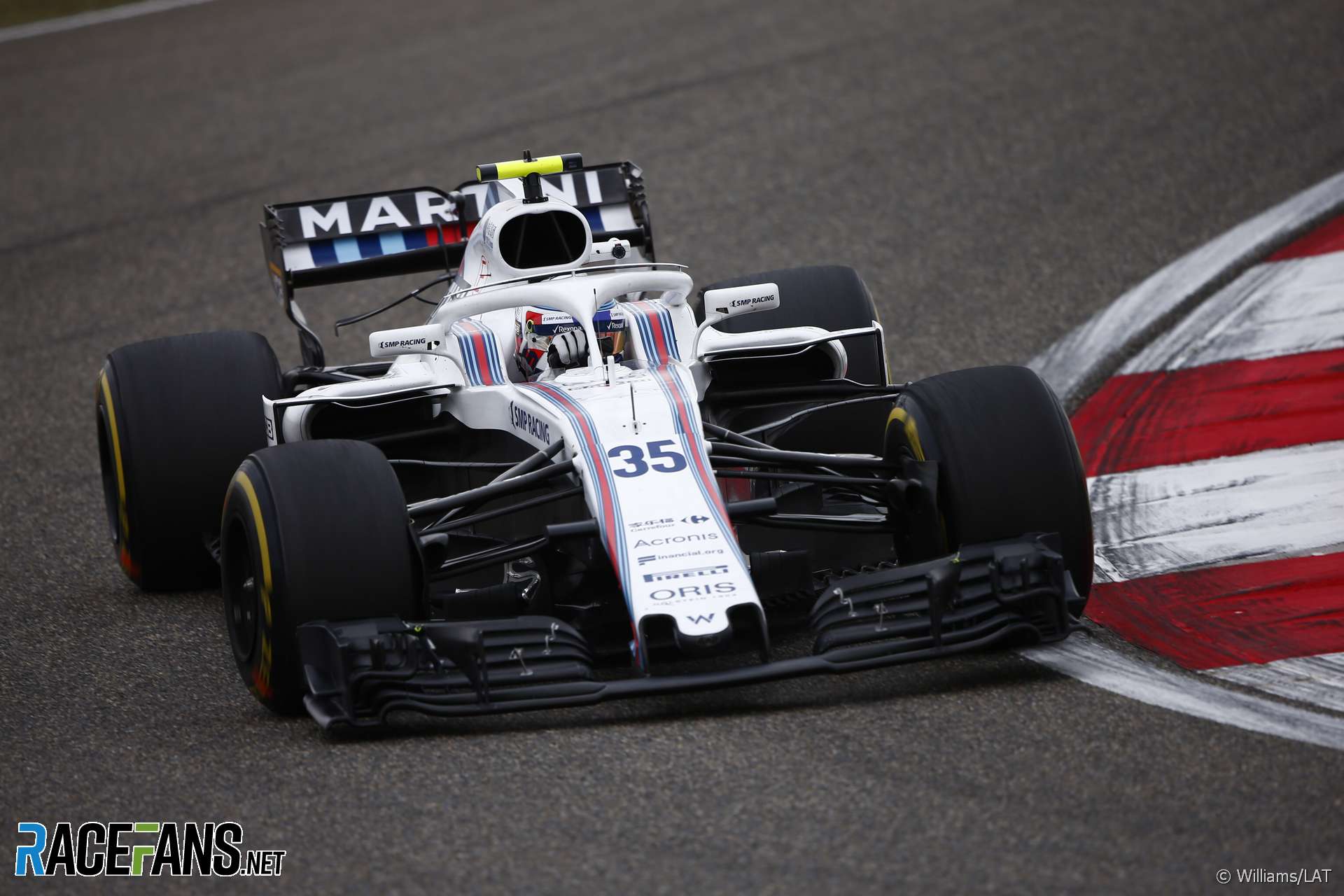 Williams have turned up with a slower car than they had last year for the second race weekend in a row in China.

Having been 1.3 seconds off their 2017 pace in Bahrain, Williams are more than half a second slower in Shanghai than they were 12 months ago.

Sergey Sirotkin set the team’s quickest time in qualifying but was over half a second slower than Felipe Massa managed in the car last year.

Sirotkin said the track felt “a little bit more like Australia or Barcelona” in terms of “the warm-up, the tyre behaviour, the long run, the warm-ups, overheating and so on.”

However with little time between this race and the last one Williams had little opportunity to get to the bottom of their problems with the FW41. “Of course we are improving we are working but after one week, OK it’s a different track and conditions but the fundamentals are still there.”

Lance Stroll qualified 18th but did do a quicker time than he managed at the track last year.

“I know I can do it when everything’s in place, I proved that in Baku when I was on the podium, here in my second race I was in Q3. Now we’re just going through a hard time and we need to get back to where we want to be.”

Williams isn’t the only team which hasn’t lapped any quicker in Shanghai than it managed last year. The other is Toro Rosso, who as in Melbourne were a few hundredths slower than they managed in 2017:

The year-on-year lap time gain in China was a little over half a second, even less than it was in Bahrain: