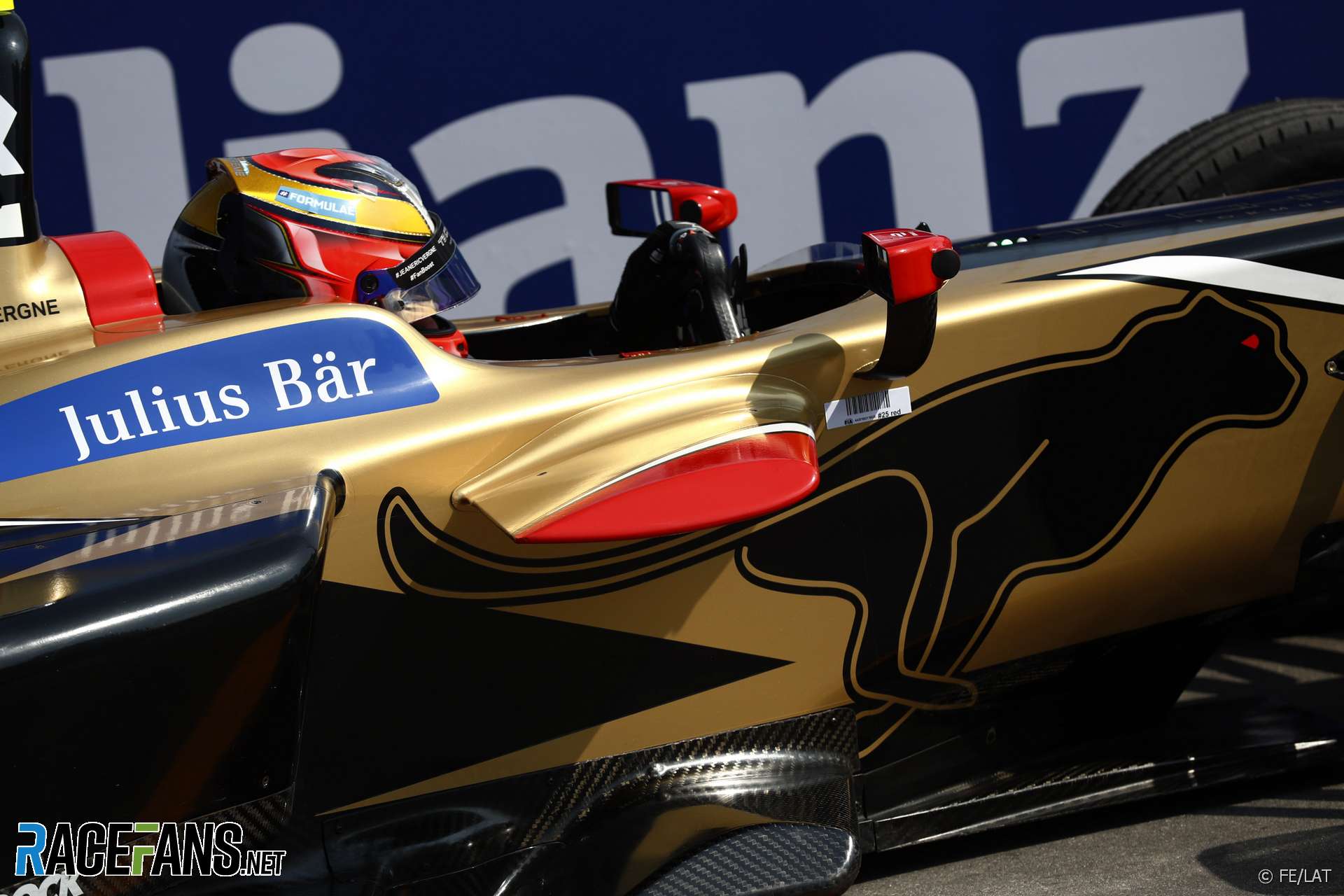 Group qualifying, a quirk of the Formula E format, is always disruptive. In Parisienne streets coated with not only dust but thick, fluffy plane tree pollen the only thing that could be said in drivers’ favour was that the temperatures remained low.

Vergne managed a pace-setting 1:01.508, with Sam Bird just a few tenths behind and Sebastien Buemi unable to get any closer – with Felix Rosenqvist and Daniel Abt trailing over half a second behind.

Vergne looked in with a strong contention for Super Pole, well ahead of even the others in a strong group but with times expected to fall across the session, as the street circuit developed, nothing was certain.

A group with an unusual situation, as following a heavy crash in first practice Nelson Piquet Jnr was disallowed from participating in qualifying. A tub change on one of his cars, followed by another crash in FP2 damaging the other, meant he essentially had nothing to drive for the session and will have to be given special permission to start from the pit lane, if he is allowed to race.

Teammate Evans put in a disappointing 1’02.122, putting him right at the back of the grid following a 10-place grid penalty for a gear box change before the race. Likely penalised further for not being able to take all 10 grid place drops, it’s become a grim day for the Jaguar garage.

Lucas di Grassi put in a decent enough lap, outdoing Buemi’s time by a hundredth with a 1’01.823 to place himself fifth by the end of the group but was just outdone by Andre Lotterer, who launched himself to fourth with a 1’01.818.

A messy lap for Edoardo Mortara left him with only a 1’02.834, over a second and a half off Vergne’s time. Alex Lynn also struggled, only managing a slight improvement on Mortara’s time to 1’02.139, placing both at the back of the standings.

Lopez put in a decent effort for 1’01.902 but was well off Super Pole pace and Heidfeld failed to out qualify his teammate Rosenqvist, with a close 1’02.058.

But Antonio Felix da Costa, whose skill has frequently been disguised by the unwieldy Andretti car, put in a monstrous lap to go second. Under pressure to perform from BMW, his time improved from last year’s qualifying by 1.7 seconds, to 1’01.563, only a few hundredths down from Vergne.

The bottom of the championship, points-wise, nothing exceptional might be expected of this group, struggling with car gremlins, bad luck and inexperience all season so far.

Returning driver Ma Qing Hua, in Luca Filippi’s NIO car for at least this Eprix, didn’t break his generally poor qualifying record in Formula E with a last-place 1’02.998. Prost also failed to breach 1’02 and Blomqvist continued to struggle, unable to match the exceptional lap by his Andretti teammate and qualifying only ahead of Mortara and Qing Hua.

Jerome D’Ambrosio outqualified his Dragon teammate Lopez for the first time, making a fairly exceptional 1’01.836 to overtake Buemi in the standings, despite a substantially more difficult car. However, the real story of the group was undoubtedly Maro Engel.

Following a strong performance in Hong Kong, many have assumed Engel is being roundly beaten this season by Mortara. Here though, with Mortara at the back of group qualifying, he put in 1’01.756 for third place, only just behind Da Costa and Vergne.

Lotterer, out first as the lowest qualifier in Super Pole, bucked the trend of the final session generally being slower than group qualifying by beating teammate Vergne’s time for a 1’01.487. However, he was almost immediately beaten by Bird, who dramatically improved his own group qualifying time to 1’01.421

Engel also improved his group time to 1’01.541, shaving a further two tenths off but unable to beat the Techeetah or DS Virgin cars and after a storming lap in the group stages, two lockups cost Da Costa over a second across his lap and he only managed a 1’02.805, putting him firmly in fifth place.

On an unquestionable high and as dominant qualifying form as he has ever had, Vergne destroyed previous times, going out last as the fastest qualifier in the group stages. An exceptional lap, even by his high standards, saw him beat last season’s pole lap (1’02.319 for Buemi, in fundamentally the same car as this year’s Renault-powered Techeetah) by over a second for an incredible 1’01.144.

2 comments on “Vergne dominates qualifying for home pole in Paris”