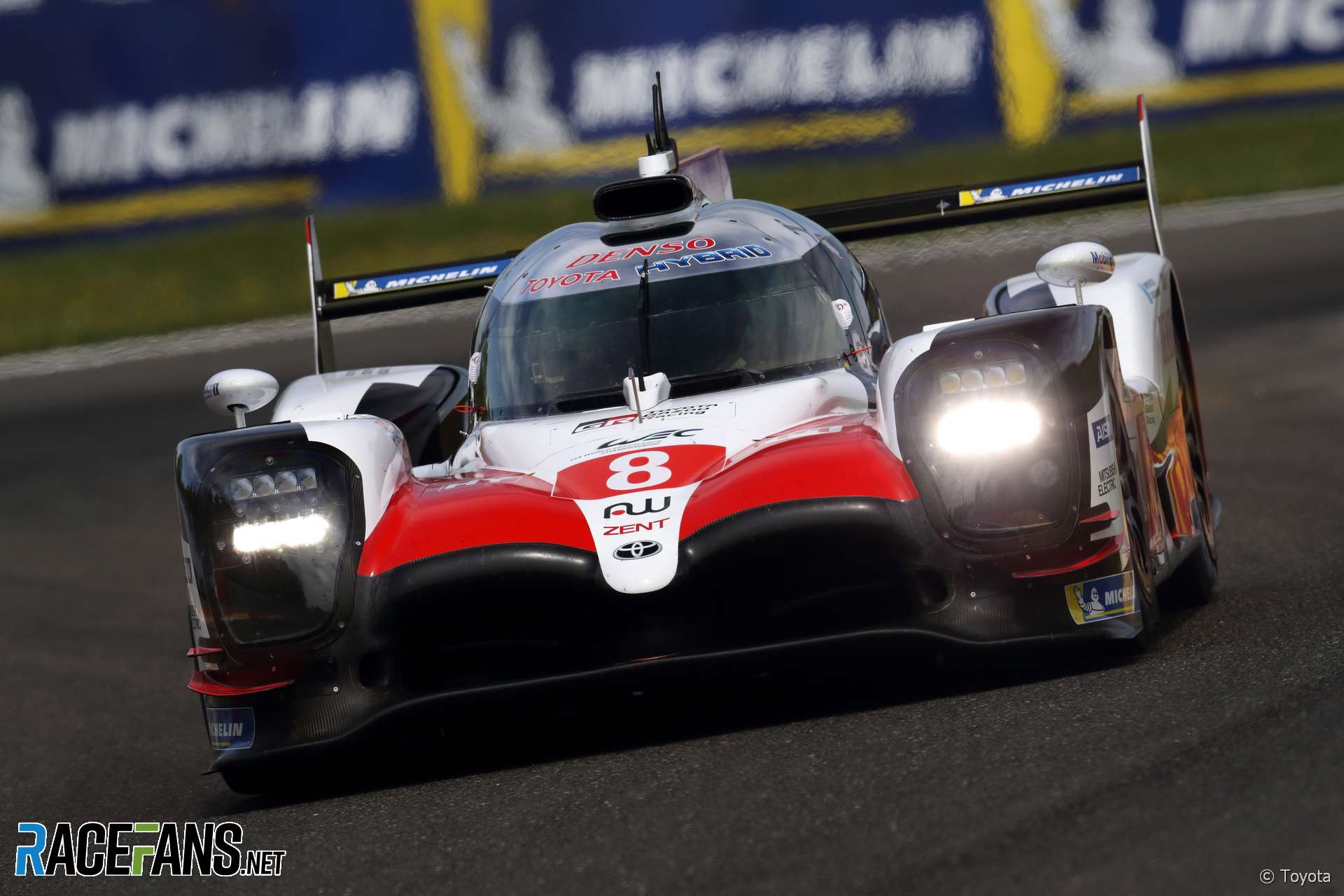 Fernando Alonso will start his first World Endurance Championship race from pole position after an “administrative error” by his Toyota team led to their other car being thrown out of qualifying.

The number seven Toyota of Mike Conway, Kamui Kobayashi and Jose Maria Lopez car had all its lap times from qualifying deleted after the stewards ruled it ran with an incorrect fuel flow meter. They will start Saturday’s race from the back of the field and one lap down while the number eight car of Alonso, Sebastien Buemi and Kazuki Nakajima inherits pole position.

Toyota accepted responsibility for the error and said it had no bearing on the car’s performance.

“An incorrect identification number for the car’s fuel flow meter was declared for the number seven prior to qualifying,” said the team in a statement. “This subsequently emerged during post-qualifying scrutineering.

“The team accepts full responsibility for the error, which had no impact whatsoever on car performance. The fuel flow meter which was used in the number seven was fully homologated and calibrated.

“Team processes and procedures will be strengthened immediately to avoid any repeat of this unfortunate error.”

The Rebellion entry of Andre Lotterer, Bruno Senna and Neel Jani has been promoted to the front row of the grid alongside the Toyota.