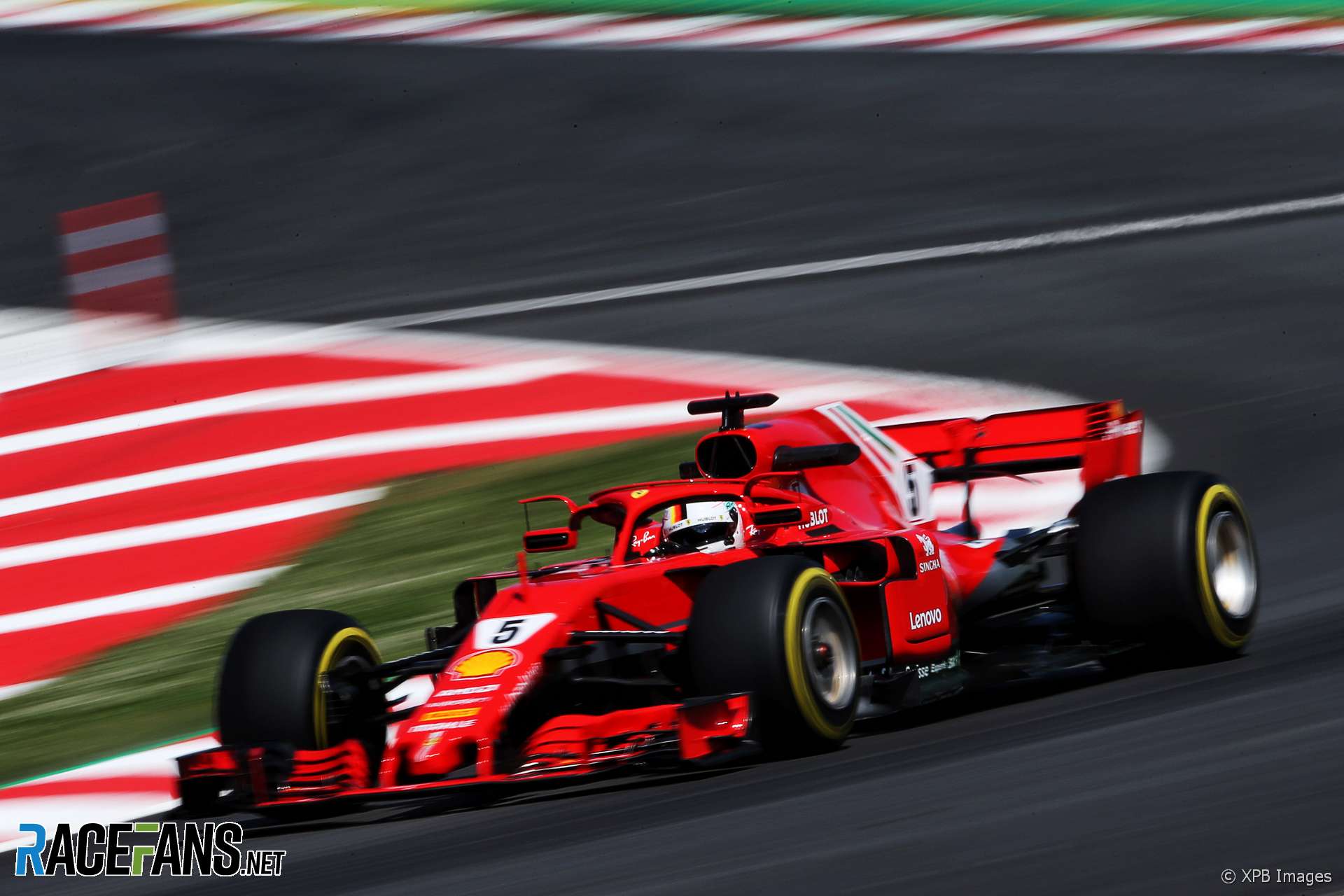 Sebastian Vettel says Pirelli’s changes to its tyres for this weekend’s race haven’t made them perform any better.

F1’s official tyre supplier has produced special tyres with thinner tread for this weekend’s race with the aim of helping teams manage the temperatures better.

However Vettel, who yesterday claimed the change came about in response to Mercedes and Red Bull’s problems with the tyres in testing, said he didn’t notice any improvement in how the tyres performed.

“I think the biggest change to be honest came from the tyres,” he said. “They seemed to be quite a bit different. I don’t think they are better than they were.

“But it’s the same for everyone. It was quite slippery today, quite gusty as well. A mixed day. I think we can work on the car and we should be bit stronger tomorrow.”

Ferrari ran several modifications to its car for the first time today including new mirrors mounted on its Halo. “Everything that we put on the car seemed to work so that’s important,” said Vettel.

Vettel approves of the changes to the mirrors and said they had been moved to improve the drivers’ vision. “It was quite difficult to see the cars behind [before]. Now they are in a bit different position and I can see a little bit better below the rear wing.

“I think it looks also better. The Halo is still not pretty but it makes it look a little bit better.”

6 comments on “New tyres for Spain are no improvement – Vettel”