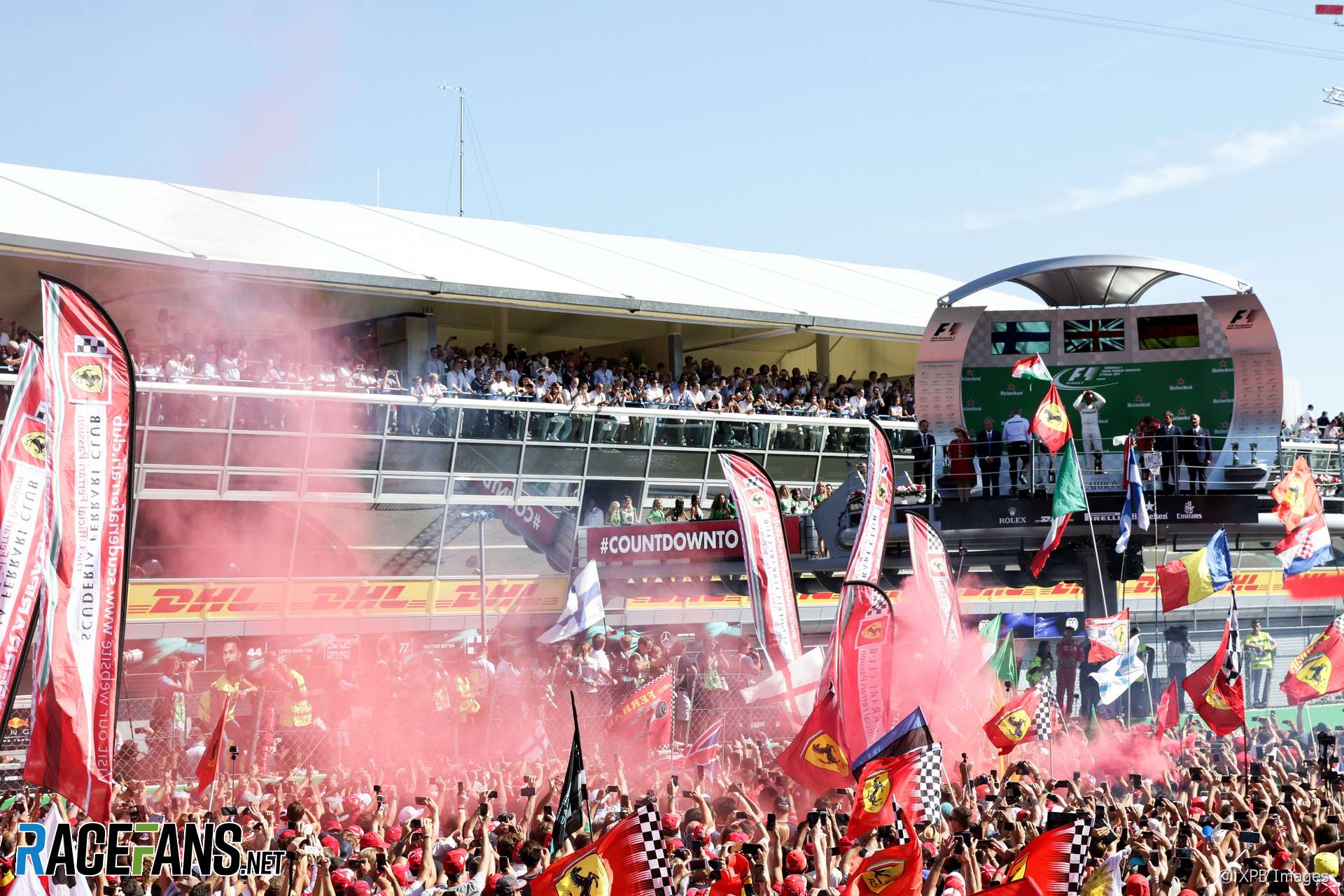 The promoters of the Italian Grand Prix at Monza are seeking a drastic reduction in their Formula 1 race fee.

The circuit to the north of Milan has been on the calendar in every season, bar one, since the world championship began in 1950. It will celebrate its centenary in 2022. However its F1 contract is due to expire before then.

The track signed a three-year deal in 2016 which will keep it on the calendar until the 2019 F1 season. Angelo Sticchi Damiani, President of the Automobile Club d’Italia, told RaceFans he wants to sign a new deal to keep the race at the track.

A reduction in fee is a key part of their demand for a new race contract. The promoters will pay $24 million for next year’s race, up from $20 million at the beginning of the contract. They are targeting a cut to $15 million if the race is to appear on the 2020 F1 calendar.

Sticchi Damiani added they want greater freedom in their new contract with Liberty Media compared to the previous one negotiated with Bernie Ecclestone.

“The [current] agreement is in general too… we want to have more convenience, not just lower the fee but more rights, more hospitality, more percentile of the sponsorship that now [we don’t] have.”

While Monza already has a deal in place for next year’s race, three existing rounds on the calendar are seeking new deals for 2019.