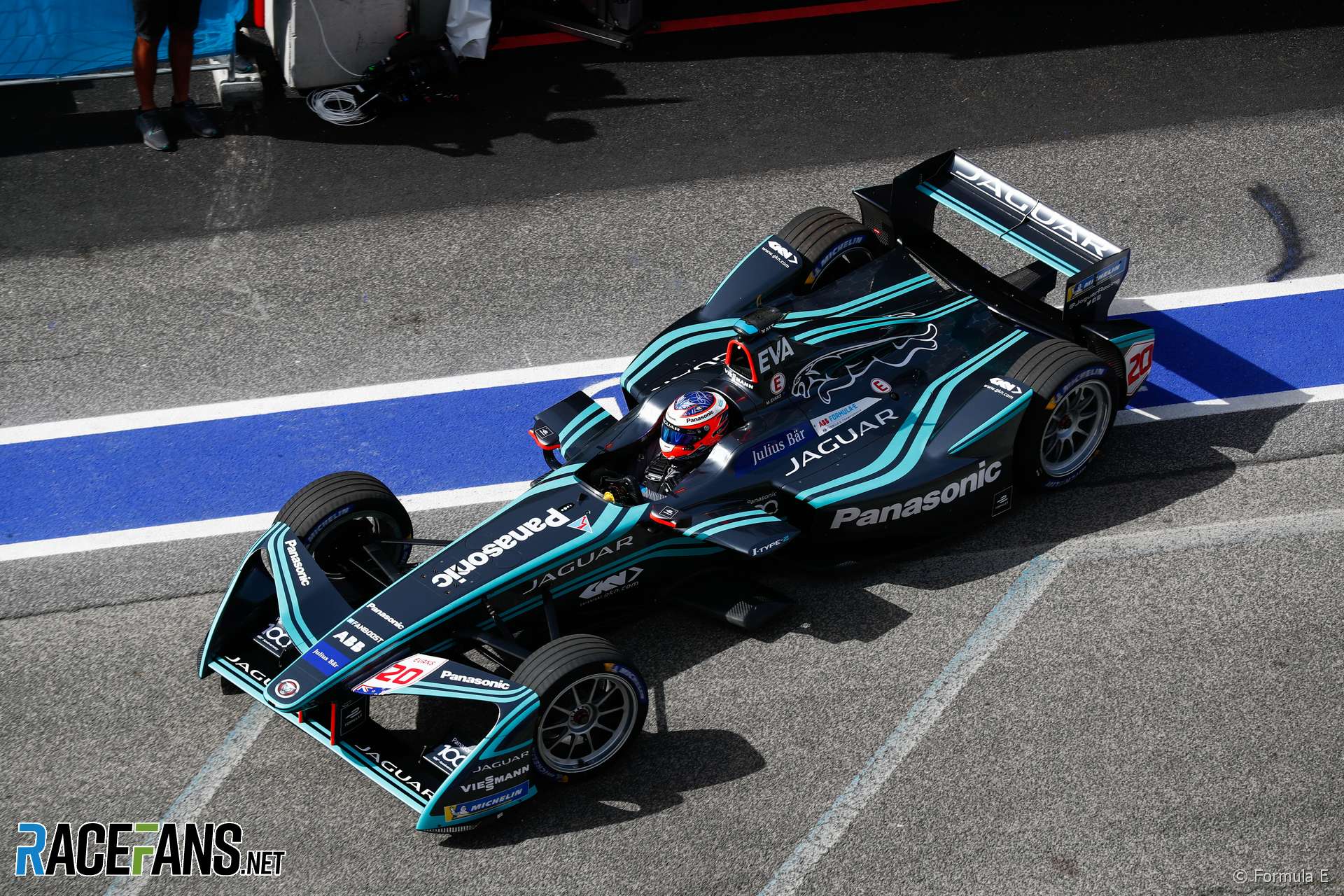 Jean-Eric Vergne’s chances of sealing the Formula E championship with two races to go took a hit in qualifying for this weekend’s race in Switzerland.

The Techeetah needs 18 points from this weekend’s race to put the title beyond doubt. But a brand new circuit, with a bumpy and unpredictable surface and inconsistent times for the top cars across free practice sessions, left everything open going in to the group qualifying stages.

Vergne failed to put a good time in, leaving Sam Bird the only driver in the the top five of the championship to make Super Pole, as well as the only one with a realistic chance of beating the Frenchman to the title. Visibly stressed between sessions, however, he was beaten to pole position by Jaguar’s Mitch Evans.

It looked likely Vergne – one of Formula E’s best qualifiers, with eight poles to his name including his debut race in Punta del Este 2014 – was extremely unlikely to make Super Pole, most of the FP2 top 10 having dipped below 1’13. Matters worsened when he was placed under investigation for breaching Article 33.3A, the same issue Daniel Abt managed to retain his pole over in Berlin, presumed to be early usage of maximum power settings.

The trend for group one to be the slowest group hasn’t always played out this season, with tracks developing unpredictably even on circuits Formula E has visited before. However, with nearly every time immediately shattered by this, the back half of the championship top ten.

Both Jaguars had been quick in free practice, with di Grassi setting the fastest time of the whole day when he dipped below a 1’12 in FP1. Evans upheld the pace, taking the best time of the session with a 1’12.594 and Lotterer pulled out his inconsistent qualifying brilliance for a 1’12.906, di Grassi only managing third fastest in the session and Piquet Jr training several tenths behind.

Oliver Turvey made an uncharacteristic mistake, hitting the wall and ruining his hot lap for a 1’14.139 – the first time Formula E’s most consistent qualifier has ended outside the top 10 since New York last season.

Picked by lottery, the groups ended up in championship order in Zurich. That made Group 3 presumed to be the last realistic runners to challenge for Super Pole, even with a developing track.

Results were mixed, with Lynn managing a 1’13.393 despite being under investigation for a slightly arcane rule about closure of garage doors, topping the group. The other drivers came in within two tenths of each other but with no times sufficient to touch Super Pole, Maro Engel closing the group on a 1’13.541.

Having suffered an inverter malfunction in FP1, the odds were stacked against Luca Filippi here except that he was almost certain to beat his teammate, at least, in Zurich. He did manage that, with a 1’14.067.

Prost and Sarrazin managed respectable times, Sarrazin just beating JEV on 1’13.500 and Prost coming within a tenth of teammate Sebastien Buemi, the closest they have qualified for a long time.

However, both Dragon cars – strong in FP1 – stormed their group to take two slots in Super Pole, D’Ambrosio beating Lopez’s 1’12.877 with a 1’12.857. During a difficult year for the team, after a miserable start in Hong Kong and subsequent split from Porsche, a double Super Pole is an extraordinary result here, taking P2 and 3 of group qualifying.

Sam Bird, out first in reverse qualifying order, put in a strong lap (for Super Pole, where times generally do not equal those of group qualifying due to the lack of out lap) with a 1’13.022 but was immediately overtaken by Andre Lotterer on 1’12.948.

Lopez only managed a 1’13.927 after sliding heavily, putting him to the back of Super Pole – and with a three-place grid penalty for speeding under yellow flags, in any case. D’Ambrosio fared better but could only manage fourth on a 1’13.096, still an impressive result for a struggling team.

That left matters to Mitch Evans – who has come excruciatingly close to taking pole before, only to be excluded by release timing mistakes or penalties. The youngest driver in Formula E, Evans was two tenths up on Lotterer by the time he hit the last sector and with a flawless lap, took pole by over a tenth to the Techeetah driver, giving Jaguar a historic first pole position.