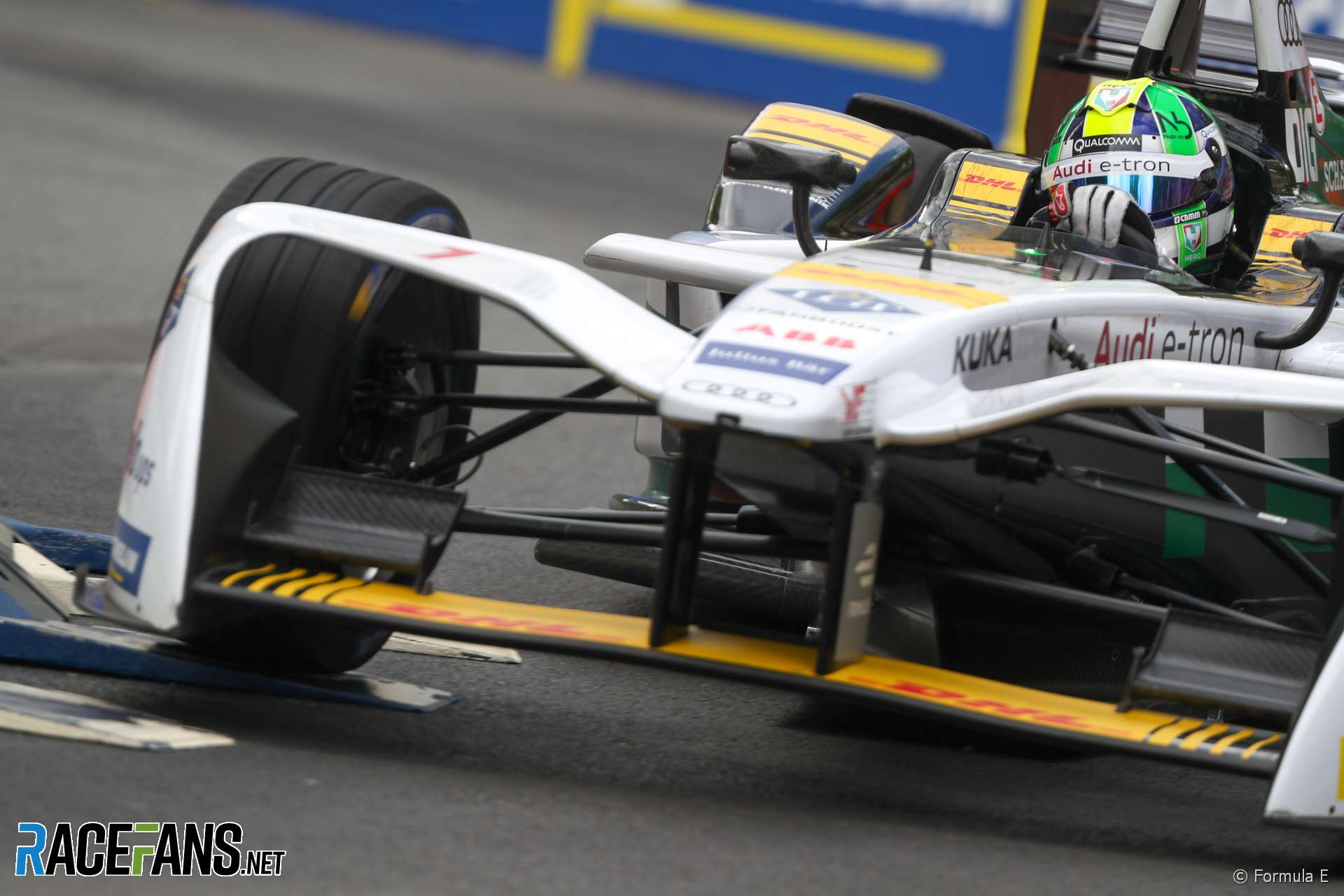 The historic Zurich Eprix brought motorsport back to Switzerland for the first time in 64 years – 41 years before the pole sitter Mitch Evans was born.

Formula E delivered an unrestrainedly chaotic display. Late-race penalties reshuffled the front-runners, handing Lucas di Grassi an easy first win of this season, though it came on the same day the reigning champion’s defence of his title became mathematically impossible.

First-time pole-sitter Evans made a clean start and got through turn one ahead, leaving Bird to fight Lotterer as he initially sprinted away. However, the typically chaotic Formula E first lap had its fill as Nelson Piquet Jnr rear-ended Daniel Abt, mounting his car and sustaining enough damage that both were given the orange-and-black flag to pit for mandatory repairs a lap later, debris littering the track.

By lap four, still in the lead, Mitch Evans complained “It’s so hot and I don’t know why,” as battery temperatures soared and regenerative ability dipped, making the power management on his Jaguar even trickier, something the team has struggled with this season even as they’ve found single-lap speed.

Following a poor qualifying session, title leader Jean-Eric Vergne gained four places to hold 14th by lap six, 11th by lap eight and looked to be storming up the grid to the higher points. He was helped by an incident he was involved with, after Rosenqvist hit the wall ahead of him, spreading debris across the track. Vergne ran over a shed back wing on the following lap, overtaking D’Ambrosio with a possibly-punctured tyre as a full course yellow was called.

On the same lap, Di Grassi had just overtaken Evans for the lead, as the Jaguar’s power management seemed to become too difficult to manage. With the pit window open, albeit riskily early, every car pitted on lap 17 or 18 with an exceptionally quick stop for Di Grassi.

Vergne was not so lucky, his car not starting when he tried to exit the pit and losing 12 seconds, forcing him to re-do the overtaking work he had just done in moving up the top 10. Furiously frustrated, he reverted to an attitude we haven’t seen much of this year, telling his engineer “**** you” in response to an apology.

Evans had managed to hold on to the top five, despite struggling with battery temperatures, and might made further progress. But on lap 30 the stewards announced he, Lotterer, Lopez, Buemi and Vergne were under investigation for speeding under full course yellow. Evans, Lotterer, Lopez and Buemi were initially issued a drive-through penalty – then a lap later, Vergne was also penalised.

With nearly every front-runner penalised with a drive-through, Di Grassi gained a seven second lead over Bird, the next-in-order driver not visit the pit lane. Suddenly Bird had an opoortunity, with Vergne out of the points with six laps to go, to nearly halve the points difference with an 18 point gain.

Vergne fought furiously up the order but couldn’t pass Oliver Turvey for even a single point and 10th place, making his first un-scoring weekend this year. However, Nico Prost suffered what seemed like a brake failure on the final lap, promoting everyone behind him and leaving Vergne’s record – if not title lead – intact.

Lucas di Grassi meanwhile went to the end, celebrating with donuts as a slightly shellshocked-seeming Sam Bird and Jerome D’Ambrosio came in behind him. D’Ambrosio’s third brings Dragon Racing’s only podium since season two – and a huge result for a driver (and team) whose season has been at best described as difficult.

Sam Bird took second, nearly halving Vergne’s title lead to 23 – with 58 points on the table at the New York double-header, the championship once more going to the wire.