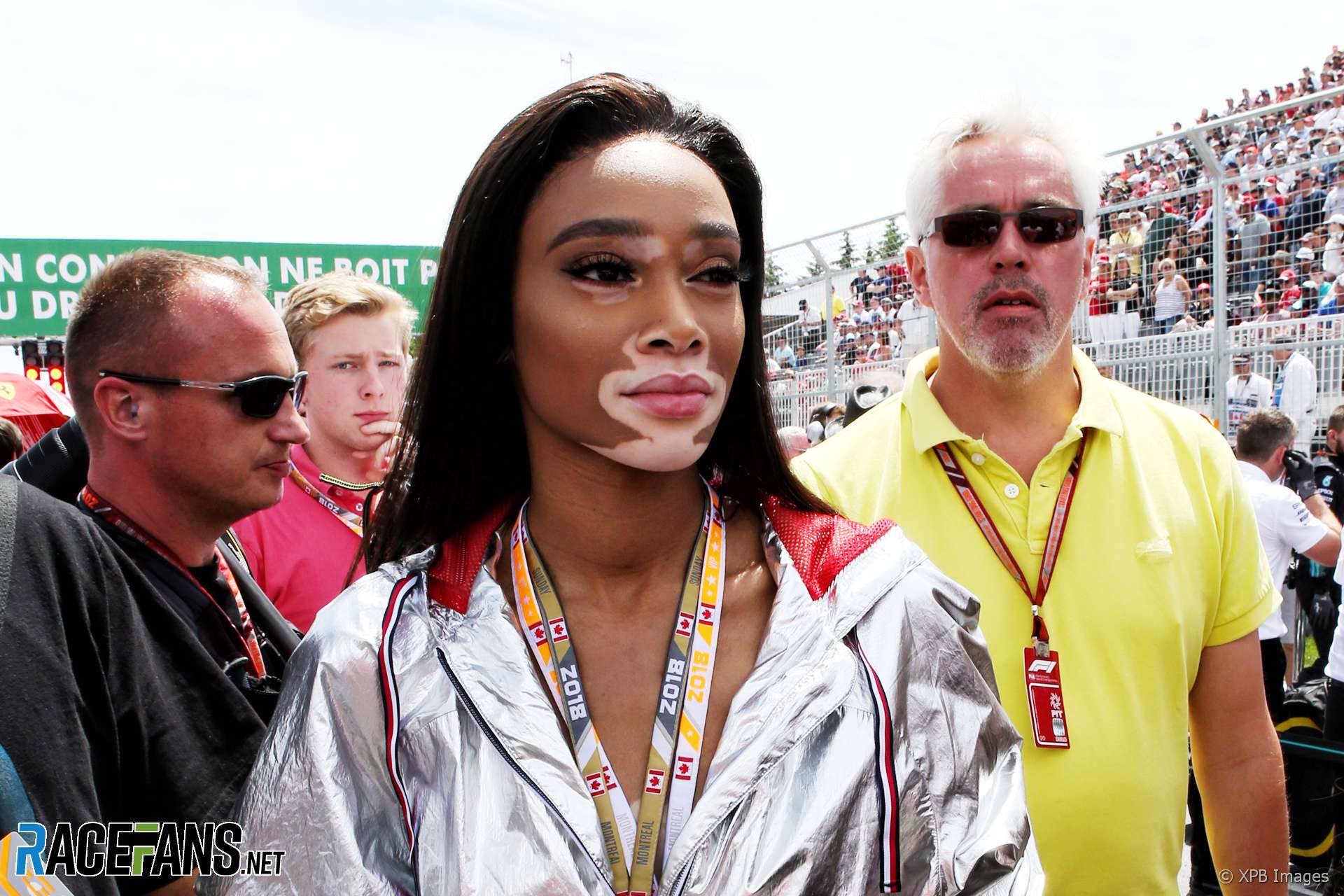 Ross Brawn has issued an apology on behalf of Formula 1 to Winnie Harlow for the error which led to the model waving the chequered flag a lap too soon at the end of the Canadian Grand Prix.

FIA race director Charlie Whiting explained after the race that Harlow had waved the flag when she was told to do so, and the instruction was given on the wrong lap due to a miscommunication.

Nonetheless Harlow has been widely criticised and blamed for the error by some Formula 1 fans on social media.

Brawn described Harlow as “an innocent victim” in of a mix-up at the end of the race.

“She was asked to wave the chequered flag, but was told to do so after 69 of the 70 laps had been completed,” said Brawn in a statement issued by FOM.

“I was sad to see her so heavily criticised when, as race director Charlie Whiting explained, it was all down to a misunderstanding between two officials. Winnie simply followed the instructions she was given and I want to apologise for the grief she received and thank her for supporting Formula 1.

“Something similar happened in China in 2014, but in that instance it wasn’t a celebrity waving the flag. As the saying goes, ‘to err is human’ and all of us – drivers, managers, engineers, mechanics, journalists and fans – make mistakes. The important thing is to learn from them and try to prevent them happening again in the future.”