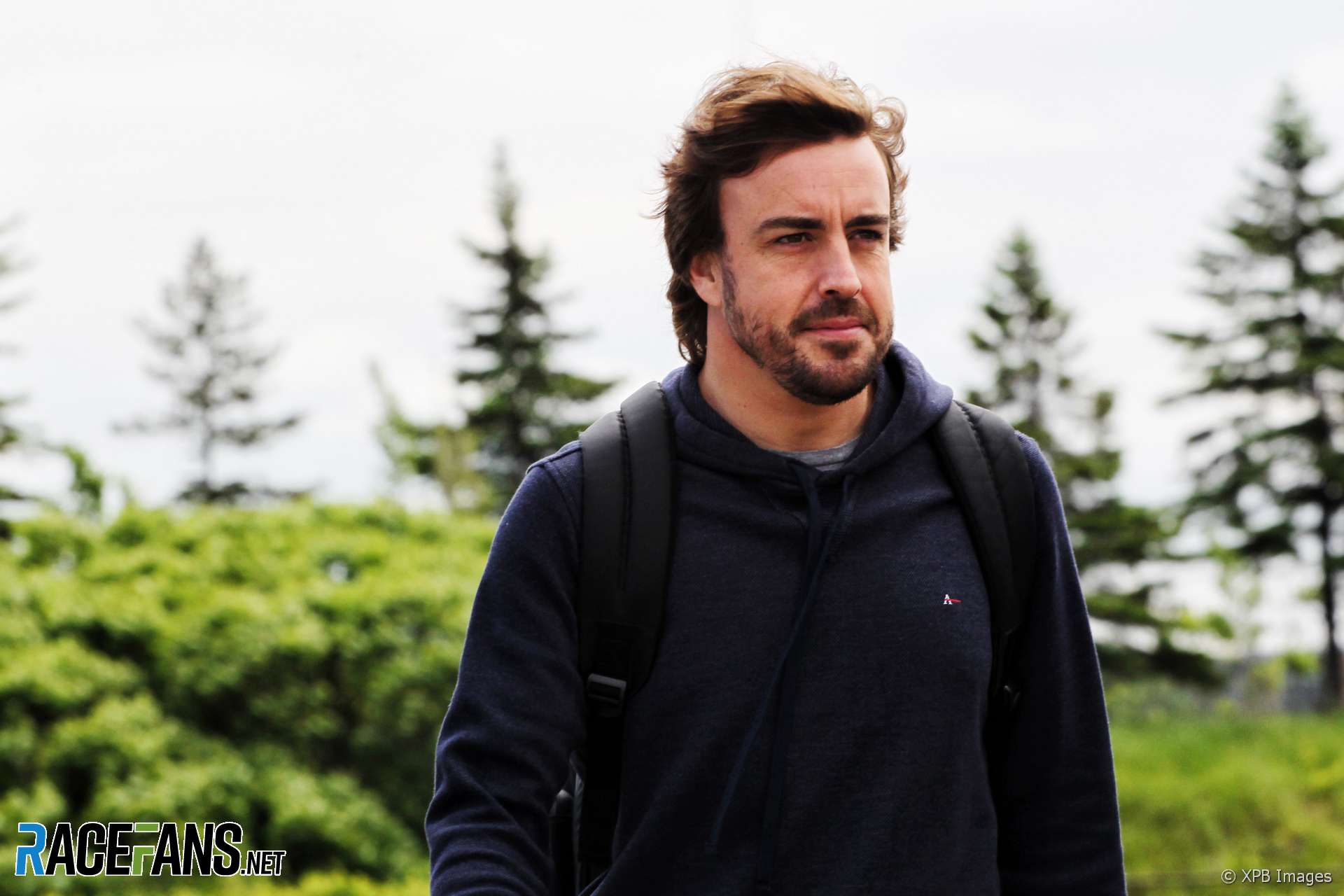 In the round-up: Fernando Alonso is hoping for the “luck factor” as he prepares to tackle the Le Mans 24 Hours for the first time.

Let’s see. It’s a tough race, our job is team work, it’s a luck factor, there are a lot of things you need to put together in a 24-hour race. But definitely we are there, we are one of the contenders and we will try to execute the race perfectly.

In light of all the current negativity surrounding the industry, how about we start this new day with a truly heartwarming Formula 1 story? A gentle reminder of just how precious this sport can be. Enjoy: pic.twitter.com/5DEUqL2bNd

Sorry for the lack of posts this week, been busy with the summer job 📦 pic.twitter.com/Wxt01eTq0N

And a special mention to @Sebastien_buemi. You have been an amazing teammate on and off the track. Apart from being a superfast driver, I don’t think many teammates have laughed as much as we have these last 4 years 😂😂😂 nearly gor kicked out of a plane twice because of that… pic.twitter.com/twySehm1c5

Let’s get the 24hrs of Le Mans build up started! Scrutineering and signing on completed at the Place de la République in Le Mans town today so now it’s proper Official that I’ll be taking part in the 24hrs of Le Mans! @vitalypetrov seems pretty exciting about it!😬

Given this was the season McLaren said they should be back at the front, the one that Alonso has been waiting for, and it's turning into another nightmare, how can his motivation hold up?

Montreal was the second consecutive race led from start-to-finish by the polesitter, after Ricciardo achieved it in Monaco. Believe it or not, this has not previously happened in F1 during the turbo-hybrid era.

Hartley has the full backing of Toro Rosso, but does it matter? (F1i.com)

The drivers are predominantly controlled by Red Bull and then we as a team are the guys who work with these two guys and try and make them have the ability to be a world champion in the future.

Ferrari have to be concerned about Kimi. l know he's one of the most popular drivers around, but after another mistake in qualifying he finished nearly 30 seconds behind his team-mate on Sunday. What are they going to do? In my view Kimi has reached the end of the road.

They are relentless, I have to give them credit. They come back and back and back. Ultimately, it won’t go anywhere, but they’ll spend money on their lobbyists and they’ll lose it, but it is what it is. That’s the way these things go.

Martin will be challenged in rebuilding Keke Rosberg‘s 1983 Williams FW08c, the same car three-time world champion Ayrton Senna tested before his entry into Formula 1. Not only the fact that he will have to deal with the racing technology of a thoroughbred F1 car, but he’ll also have to learn how to drive the car.

The amusing thing is, Renault as a PU supplier is currently enjoying the most success – the works team and both customers are all in the top five, with no other customers ahead. On the other hand, the Mercedes and Ferrari customers are the ones lagging behind in the WCC. Renault must be grateful for such well-funded customer teams!
@Phylyp