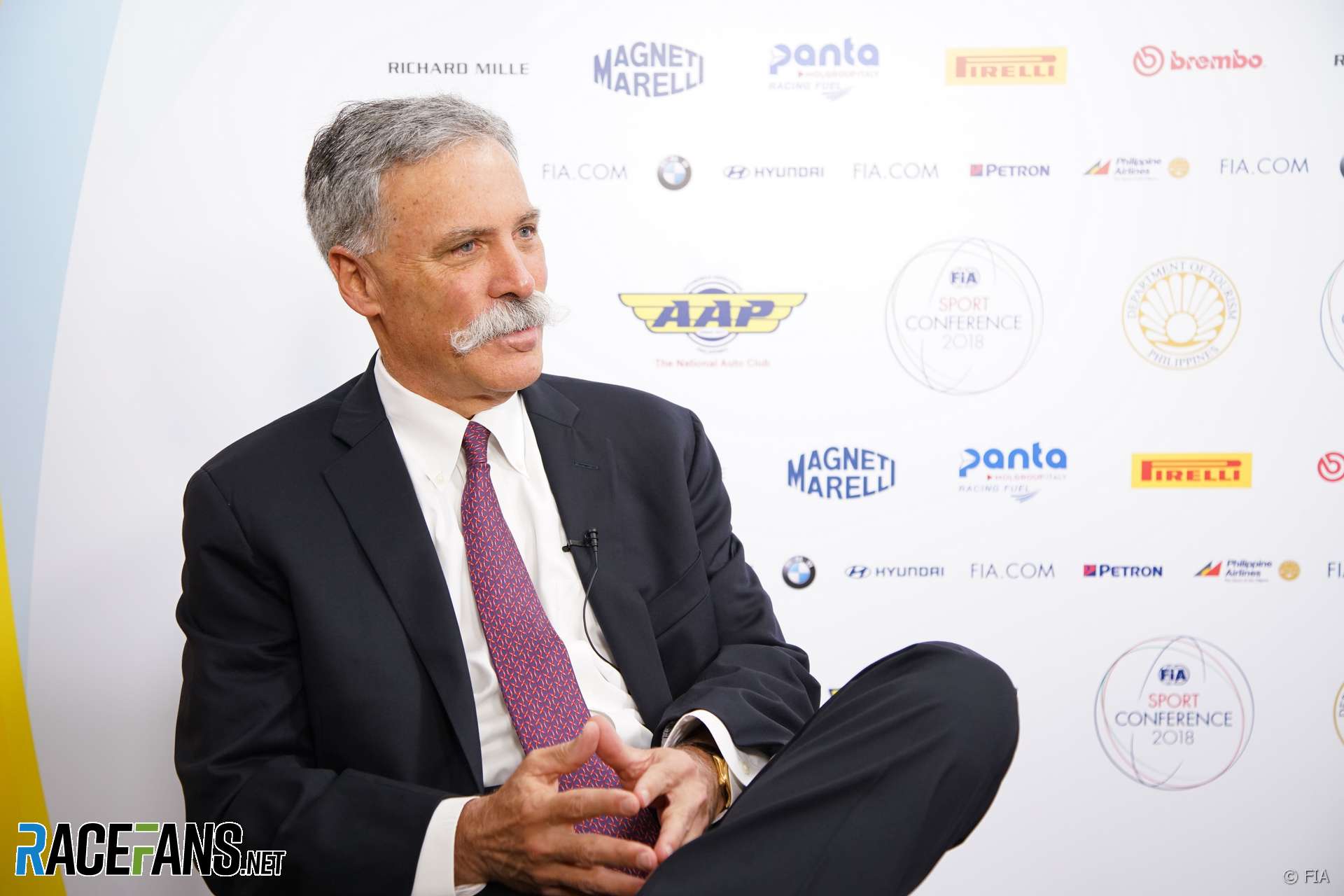 In the round-up: Chase Carey sees F1 as a global sport like the soccer World Cup

We’re, in many ways, like the World Cup, a unique competition. And we do it nine months a year every year, not two to four weeks every four years. We want to have a balance of events around the world, make sure we continue to build on the foundation, which is Europe for us.

We don’t want to have growth being [that] we’re not recognising the importance of that foundation. So take advantage of being able to grow it in America and Asia, while continuing to build on the foundation in Europe.

Chatted with @TonyKanaan earlier today, turns out that he and @alo_oficial will be doing a helmet swap after this weekend's race – really cool! #LeMans24 #legends

Horner hopes Verstappen's luck is about to change (F1.com)

In any sport, you see sportsmen have periods where things don’t go quite as well as others. That’s been very public for him. Hopefully his luck is about to change.

Our cars will race for victory with the target of achieving a Toyota one-two. Both cars start the race with an equal and fair chance of winning.

Montoya and Alonso aren’t the only drivers who can secure additional parts to a Triple Crown charge with Jenson Button also making his debut at the Circuit de la Sarthe with LMP1 privateer contenders SMP Racing.

Andy Blackmore’s spotter guide artwork has become synonymous with the 24 Hours of Le Mans. The man behind the art, however, and the process required to draw the 60 starters with 20 pieces of unique information included for each car, is more of a mystery.

Most countries are in trillions of dollars of debt and motorsport gets more expensive by the year to both take part in and spectate. There will be a financial crash or ‘readjustment’ at some point and it’s going to hit major motorsports very hard.

You can buy pretty amazing race seat set-ups for virtual racing for the price of a top Kart engine $3000-3,500. You could spend $10,000 on a home simulation and not even feel guilty compared to the costs of Karting at a semi-serious level.