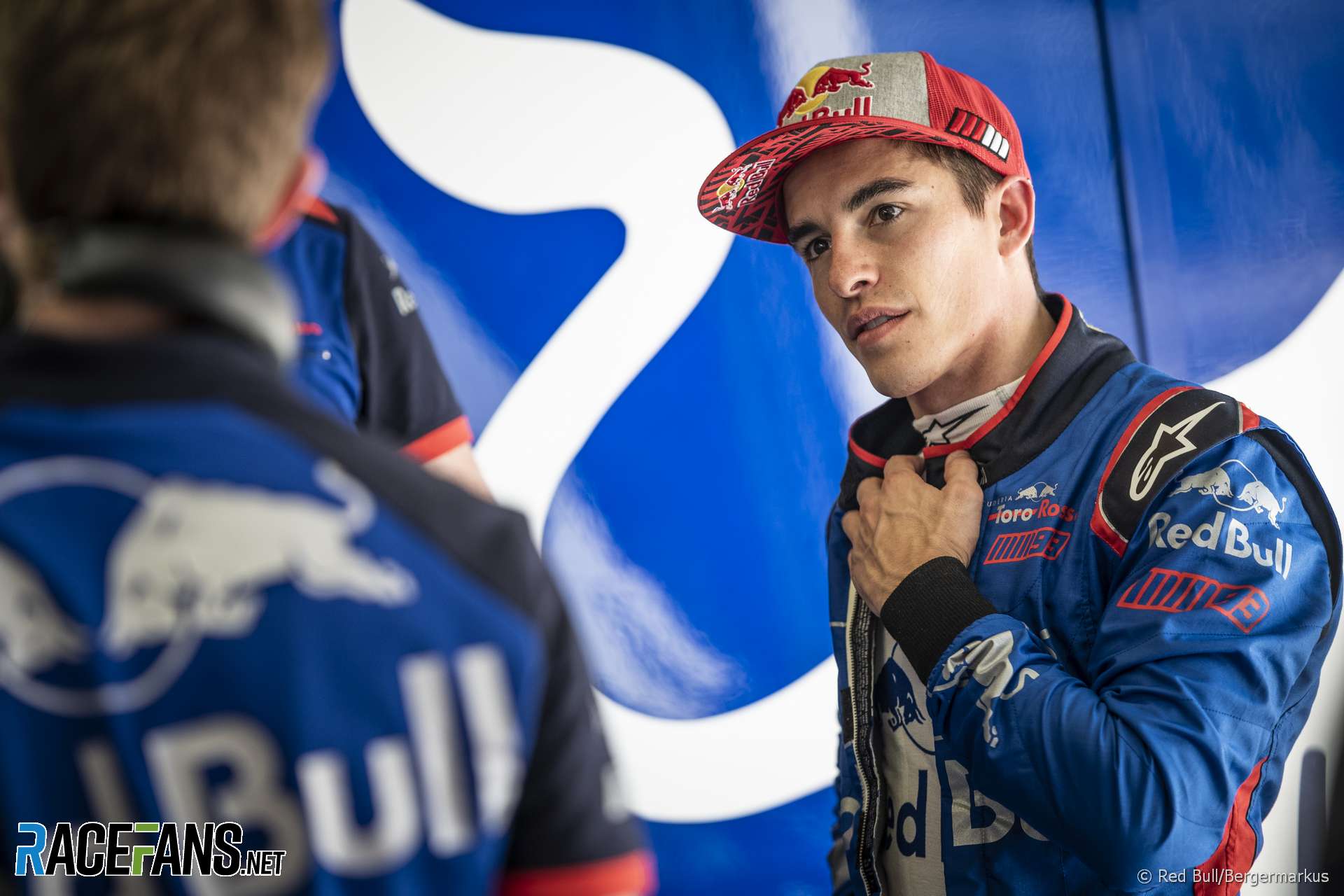 In the round-up: Lewis Hamilton says F1 would welcome a “legend” like Marc Marquez following his recent Toro Rosso test.

To be honest I never even knew that [Marc Marquez] drove a car and that he had an interest.

It’s a lot easier for them to come here, that’s for sure. They can practice and practice. If I was to go and ride their bike most likely I’m going to break something pretty early on! At least one thing, and then it puts you out for a while.

But it’s exciting and we’d always welcome a legend like him.

While Alonso's incredible talent is obvious on track, his biggest flaw is unfortunately as easy to see when he's off of it. The behind-the-scenes politicking the Spaniard has become known for has left a trail of burned bridges in his wake and has unfortunately meant his F1 future can go one of two ways -- stick it out with McLaren and hope it gets it right, or leave for good and focus on racing elsewhere.

Renault’s update delivered gains, but they were not as impressive. Red Bull Team Principal Christian Horner and his drivers, particularly Max Verstappen, haven’t missed an opportunity to publicly complain about their straightline speed deficit to their rivals.

If we were to explain the F1 engine penalty rules in detail, you'd still be reading this article in a few hours time...

Matthew brings a wealth of motorsport experience, most recently from his years at Mercedes AMG F1, where he served as Head of Powertrain Integration and Transmission Design. In this role he ensured seamless integration between the power unit, transmission and chassis.

Gamers can play a part in driving F1's future (Reuters)

In the old days you had four, three (cars abreast), all sorts of things. What we want to know is: If we do that (with modern cars and tyres), what’s likely to happen?

Despite the lack of manufacturers this is going to be interesting. The intra-Toyota battle will be very interesting because the #7 and #8 crews are very closely matched. Seeing how close Rebellion and SMP in particular can get to Toyota will be fascinating too…particularly if one of the Toyotas hits trouble.

LMP2 is wide open…really can’t pick a winner there. Porsche seem to be the cream of the GTE Pro and Am fields, but I’m sure those battles will go the distance…
GeeMac

Happy birthday to David A, Mateuss, Vikas, David A and Eoin Harrington!