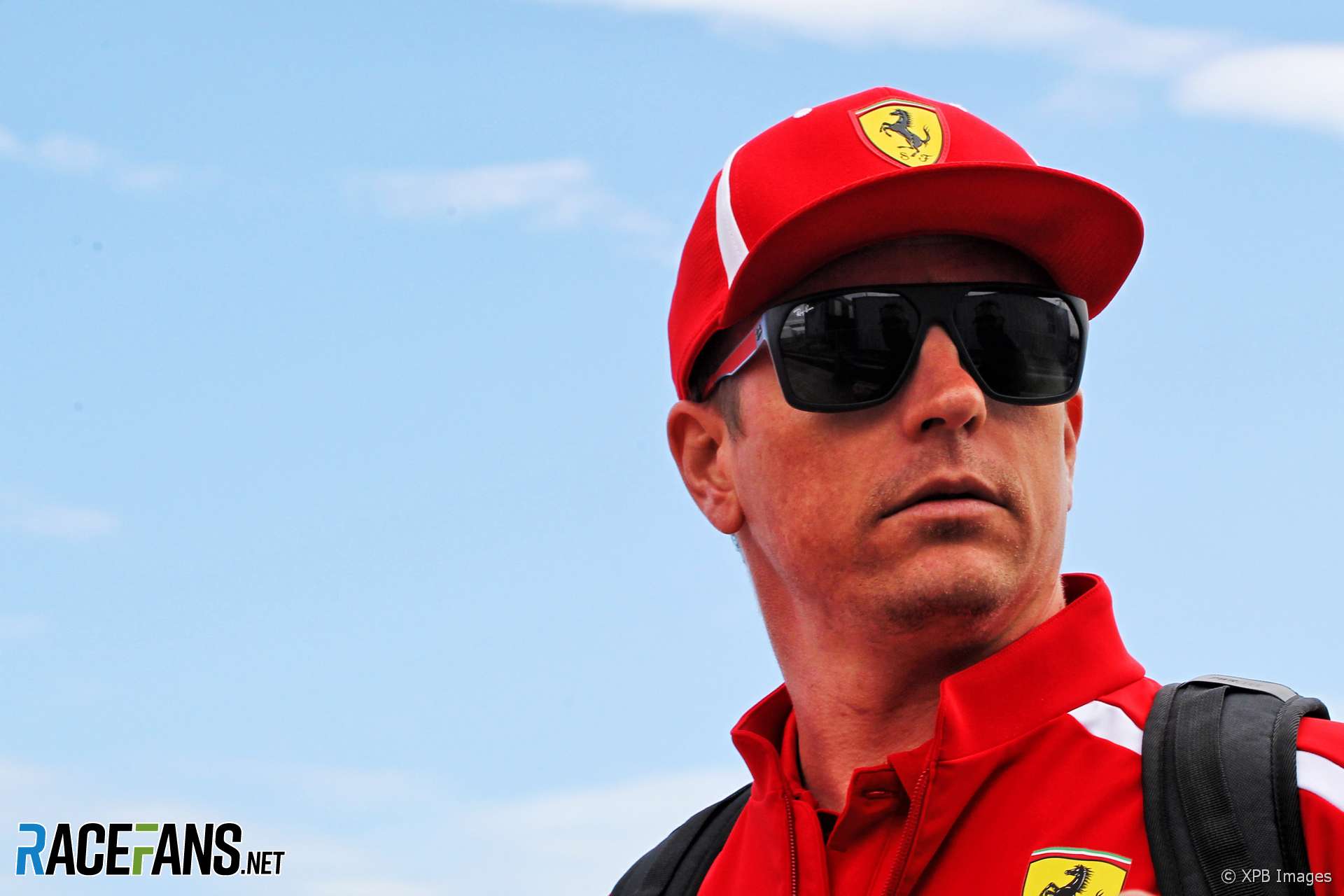 In the round-up: Kimi Raikkonen suspects overtaking will be difficult at Paul Ricard this weekend.

I tested there in the past and there are a lot of different layouts they’ve been using in the past. I think it’s more or less the long layout where we’re going to race and I’ve been there with the McLaren and once with the Ferrari. Let’s see.

I think it will be more or less the same as in those days. It might be another difficult place where to overtake, at least that’s what it looked like in the past even if it was just from testing. It’s hard to believe it’s going to change the world.

Yamamoto-san 🗣️ "The biggest pleasure I felt in the conversation [with @redbullracing ] is that they were focusing so much on winning and the core of the topic was always ‘How we can win together?’. This is also the case with @ToroRosso and both of them are real racing teams." https://t.co/kYUY61QeCD

We could be tweeting ANYTHING right now and nobody would notice.

Really constructive morning @fia Media Working Group in Paris. Held in the Salle du Comité, 8 place de la Concorde – a room where many historic motorsport decisions were handed down over the years. pic.twitter.com/q4KHMxAwgR

LMP1 drivers ranked by top 40 fastest lap average for #LeMans24. Topped by @alo_oficial, and by a fair margin, so maybe he actually just is, you know, pretty awesome 😄. Best of the rest was @followgustavo, some 2.4s off. pic.twitter.com/UOz1ypkDLZ

After one year of work and commitment from this team we have been disqualified for a reason that we believe was unfounded, that’s why we intent to appeal the decision and get back the Victory we all fought for and deserved. In any case working with them was absolutely incredible and I can’t thank them enough for such a hard work and success we had so far!!! ‪This is part of Motorsport, sometimes you have to run another race to prove we did the right things & keep moving forward never giving up! Thank you all for the amazing support last week, you are fantastic #LeMans24 #TeamSpirit #DareWinCelebrate #JEV #Mumm ‬

NEW DAWN: Why Honda have linked up with Red Bull (F1.com)

The first focus was reliability. Free from the pressure cooker that was their last partnership, Honda’s personnel excelled. The smiles were back. Laughter could be heard in corridors of Sakura and Milton Keynes. They were enjoying F1 again. That had a positive impact on track, too, with reliability improving dramatically in the first third of this season.

'It is one of the top teams,' Yamamoto says. 'It has won several championships and this year too it has already won some races. In addition, it is also obvious that they have a very good chassis and this means we’ll have better chances of winning races. This gives further motivation to all the members of Honda, but at the same time, it is a huge pressure and responsibility for us.'

So, what do you do now, Daniel? (Motorsport Magazine)

The sticking point may well be the big-money deal Max Verstappen secured towards the end of last year that took the Dutchman off the market. Mercedes’ Niki Lauda delights in taunting his old rival Helmut Marko that Red Bull paid over the odds for him in the mistaken belief Mercedes was trying to sign him.

I think it's crazy that we have this incredible sport, in which there is very little diversity. It is nowhere near as diverse as it should be in this day and age. It is almost impossible to get to Formula One or even the first level of karting, as it is so expensive. Today, my family could not afford it. Even back then we couldn't afford it, but even more so now.

We reach the end of this travel blog with no mention of food, a first for us! Fear not, here it comes as we let you in on one little secret…the tarte tropézienne at the circuit is the best around, just ask Third & Reserve Driver Jack Aitken. He basically lives off it whenever he’s at the track (but you didn’t hear that from us)!

Great insights Dieter. So, if my Maths is correct, compared to 2017,