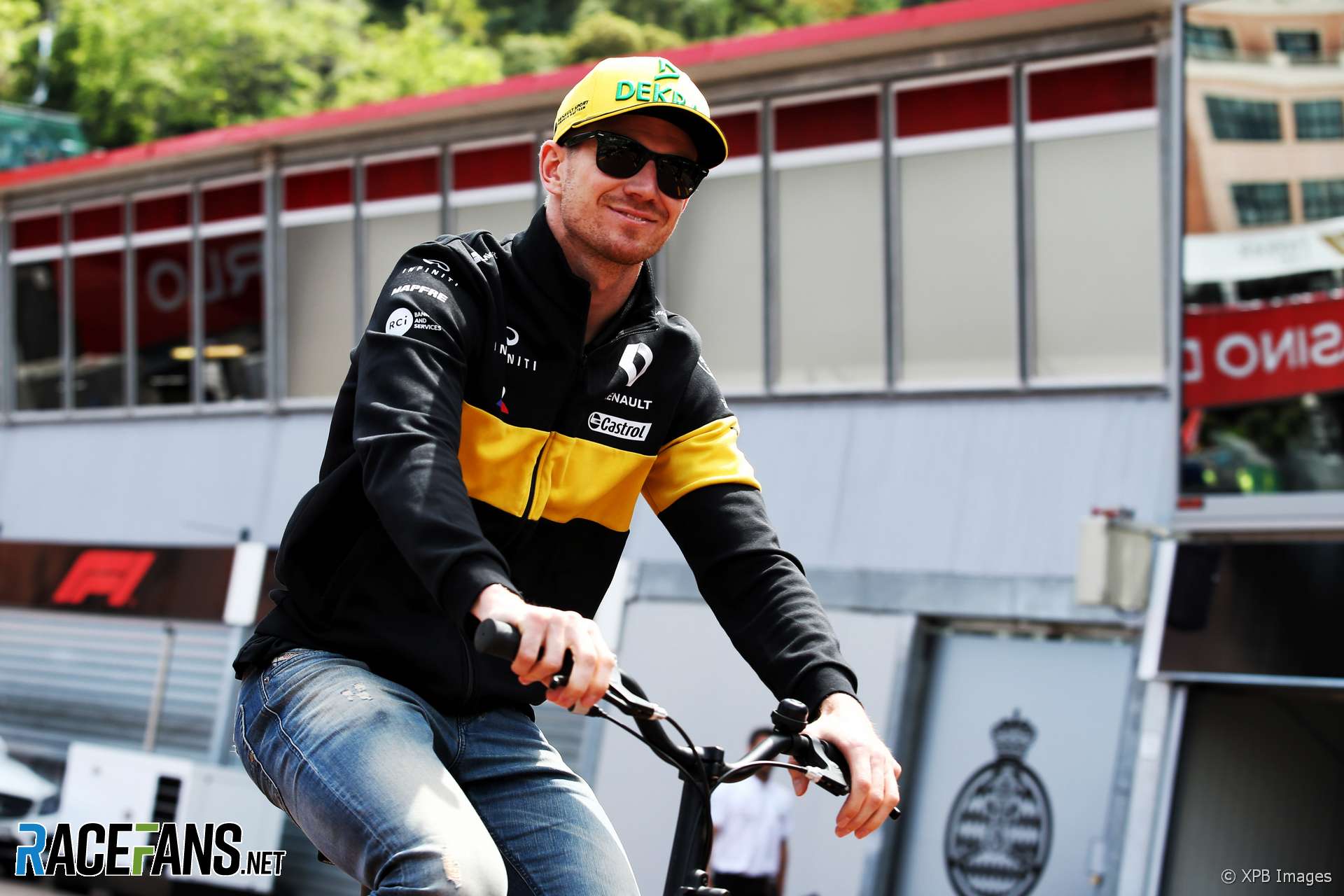 In the round-up: Nico Hulkenberg is pleased with Renault’s rate of improvement so far this season.

I think the strong points is the car has been a pretty good all-rounder. You see other teams, they are more up and down from different track layouts. Sometimes like Toro Rosso and Haas they’ve been up and down, we’ve been pretty much consistent, around fourth or fifth team on all tracks. That’s definitely a strong point.

A weak point is just the characteristic, the balance of the car that we have that stops us from going faster.

We’ve made progress for sure. We have different to last year we didn’t have so many updates and then in Silverstone we got one big package. This year we have a bit of a different approach, we have little things every weekend, which is good, so we have made progress. As a driver you’re always impatient and you want more, faster. But I think the rate of improvement was good.

The truth after 24 hours racing. Beyond exhaustion. Mentally and physically. So intense that you can only go further, always searching for more. Inner energy is found and exploited. Fully present. It’s a beautiful state to experience. / photo @josemariodias

1 year since you are gone. Forever grateful to have had the chance of having such an amazing father💔 Missing you a lot.❤️ #Papa

'Martin worked for McLaren for many years, but has been outside the business for some time and is not part of our future,' a McLaren spokesman said in a statement to Sky Sports' F1 Report. 'What he said was ill-judged and ill-informed in our view but he is entitled to his opinion.'

French Grand Prix: Raise a glass of pastis to the man who built a race track (BBC F1)

Long before the multi-million pound advertising we see today, Ricard spotted a gap in the market for product placement at big events. In 1948, the brand took on the role as sponsors for the world's most famous cycling race. The Tour de France. Fast forward a few decades and the eccentric magnate set himself the challenge of building a racetrack. Why endorse another showpiece when you could finance your own?

France should be an interesting race. We don't often get to race on a track where we have little to no historical data. It makes preparing for the weekend a bit trickier than usual, but that element of the unknown also adds to the challenge. The French Grand Prix marks the first race of the triple header, which will test all F1 teams to their limits, but also offers the chance to score a lot of points over the course of three weeks - which is precisely what we're setting out to do.

'I have this theory of ‘early peakers’. My personal experience is that many of the very successful kids I have met when I was a kid – be it in school or be it in sports – didn’t achieve extraordinary careers afterwards. Often the support network you need in order to achieve this result is parents that are very pushy.

'I think long term if you want to be successful then the ambition needs to come from within you. It cannot come from somebody else who pushes you into things. You see teenagers that are somehow exhausted by the ambition that is projected into them by their parents.'

I really like Le Castellet, it’s a circuit I’ve really enjoyed driving at and I’ve always gone pretty well there. The layout’s pretty good, although I think that it’s not the easiest track to overtake on, but there’s still possibilities; qualifying’s still important, but it’s not the end of the world if you don’t do so well if you can overtake. In the past there’s been pretty high tyre wear, but from what we found out in the test earlier in the season we expect the wear to be pretty low. So, that might make things trickier with less variation in strategy, but it should still be interesting.

When you’re a French company, and you race at the French Grand Prix, it’s always a pleasure. You’re in your home country and there are a lot of spectators, so it’s always a good audience. It’s a special feeling, especially winning, which we achieved in 2005 with the very fast blue cars and Fernando Alonso! We always had good fights in the French Grand Prix, the 2004 race was another good battle between Fernando and Michael (Schumacher) for the win, even if unfortunately, we lost it to them on that occasion. We were on a three-stop strategy, to their four-stop! These are good memories, good on-track fights and of course we’ll always remember that 2005 victory. Hopefully there are more memories to come of battling for the top step of the podium.

Opinion: why Alonso's Le Mans win was no sham (The Checkered Flag)

Whilst Toyota certainly could be forgiven for reining in the #7 and hoping to soften the cynicism of an unopposed Le Mans win with some celebrity appeal, that is a staggering undersell of the man they were supposedly hoping to navigate to victory. There is no denying that Fernando Alonso drove a storming race en-route to Le Mans glory.

It’s been ten years since the last French Grand Prix – has the eldest Frenchman on the grid calmed down his controversial streak in that time? Garns is convinced of F1’s ability to bring harmony, at least-

That was my first overseas race in Suzuka 2012 when Romain took out Webber, whom I was a big fan. We sat next to a young Japanese guy who had a portable TV and I thought it was Webber taken out so I was asking him, maybe a little animated and loud “WHAT JUST HAPPENED !! WHO WAS THAT??” Poor young bloke, maybe early 20’s, looked at me as if I was going to beat him, until my wife pointed out he didn’t understand English – oops!! “yes -Webber out”. I bought him a beer or three and we enjoyed the rest of the race talking VERY broken language (F1 does that- brings people together).

Pretty open dialogue from Romain there, pretty hard for top sportspeople to do really as its shows weakness (well back in the old days). I though Steiner was ready to sack him for next year but he is showing some more support now. I never say a driver ‘deserves’ and win or a Drivers Title, so I will say I hope Groesjan does ‘sneak’ a win before he finishes.
Garns