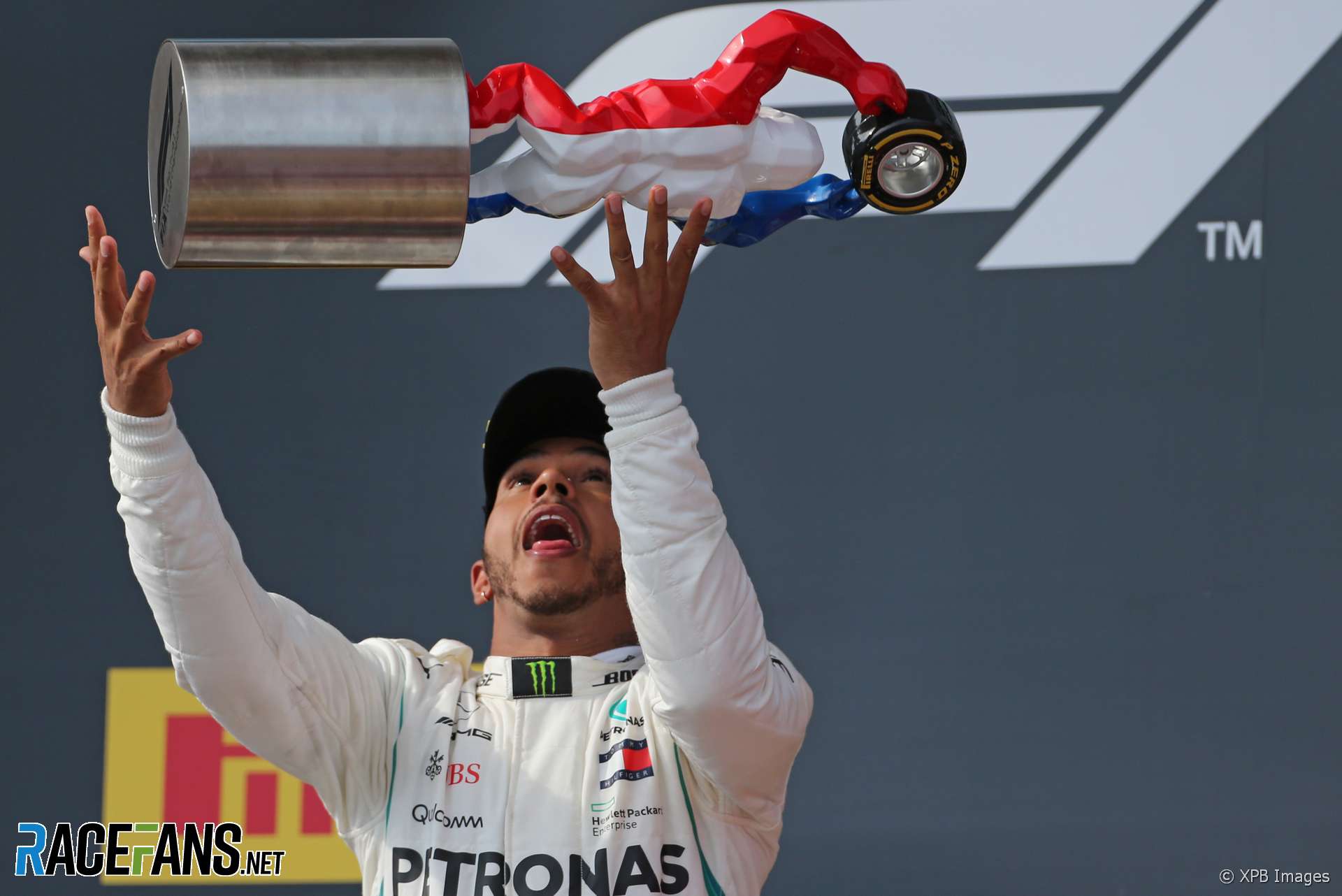 French Grand Prix winner Lewis Hamilton says incidents are because F1 drivers are ‘on the edge’ and not serious mistakes.

Hamilton led every lap of the French Grand Prix following an incident between Sebastian Vettel and Hamilton’s Mercedes teammate Valtteri Bottas that took both out of contention for the win, leaving him with a gap to the midfield behind him.

Asked whether the incident was demonstrative of Vettel making mistakes he said it was just part of F1 – “We’re all going into that first corner at great speeds, it’s not always easy to… I mean I went deep and wide because I saw them really close to me so I thought I was going to get rear-ended, to be honest, so I went quite deep.

Hamilton’s Paul Ricard win puts him ahead of Michael Schumacher for most different circuits to take a victory at, at 23. He said it seemed surreal to him, to be beating records and racing against childhood heroes, including third-place Kimi Raikkonen.

“I didn’t know that. It’s news to me. Every time I’m told of these records I’m blown away by Michael, even more and more. He had obviously a long career and incredible statistics, and did a… it just brings me back to watching him as a kid.

“I was actually just sitting here thinking, and I don’t know if Kimi knows, I remember growing up wanting to be in Formula 1 and obviously I was at McLaren since I was 13 and I used to play F1 on the Playstation all the time and I was always Kimi, which is kind of crazy.

“I wasn’t Montoya, I was always Kimi in his car and I always wanted to race against him. It’s just crazy how life works and how you get the opportunity to work with some of these legends. I don’t know if they realise the respect that the younger generation will have for them. Maybe you do, maybe you don’t but… yeah.”

Verstappen, who was also in the press conference following a second-place finish, has been quoted as saying he used to play Formula One games as Hamilton before he reached the top series.

21 comments on “Hamilton says F1 drivers are ‘not pootling around’”