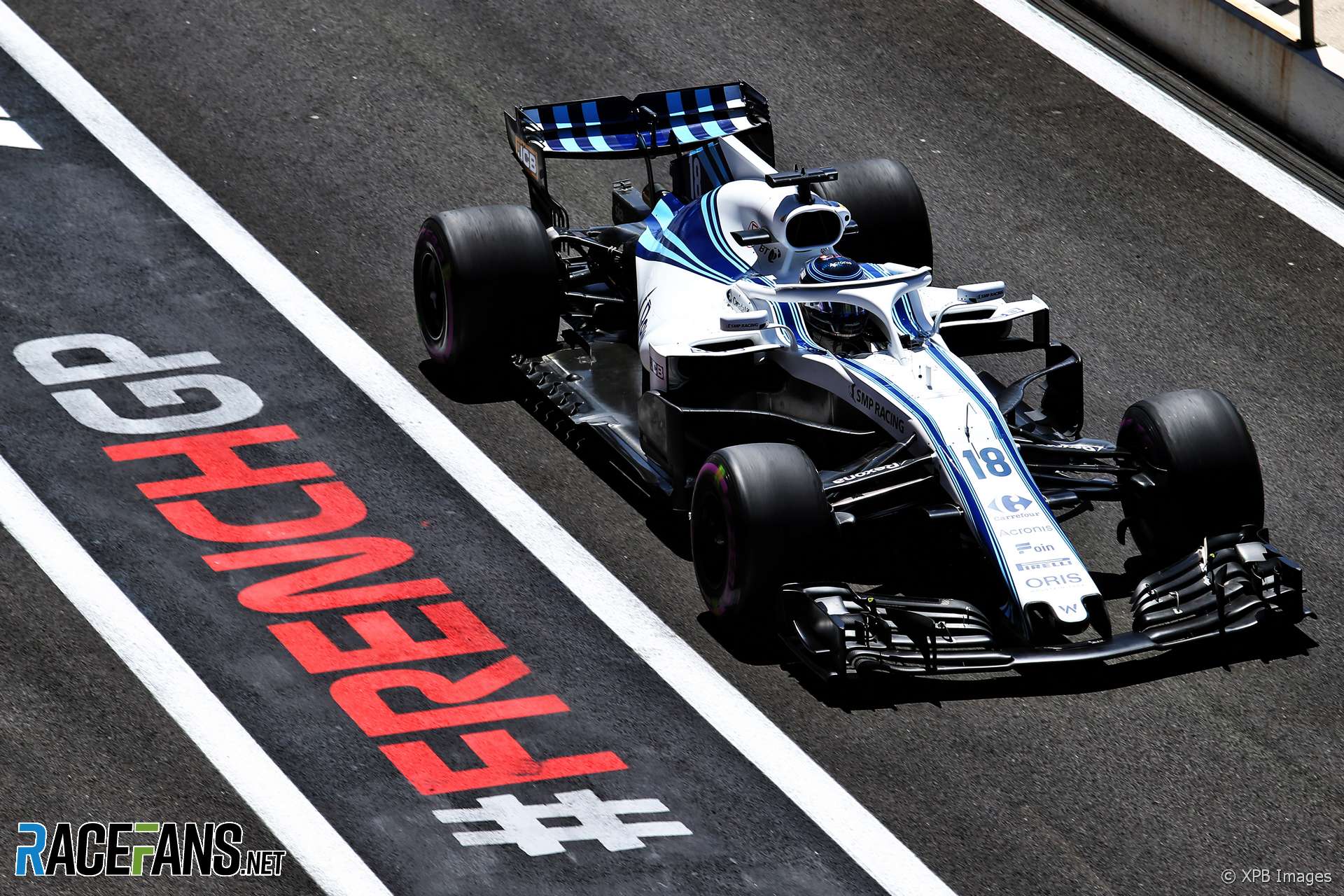 Back in the days of tobacco sponsorship Formula 1 teams resorted to various sneaky tactics to convey their benefactors’ messages while remaining within the letter, if not spirit, of the laws which prevailed in any of the grand prix host countries that applied anti-tobacco legislation.

Eventually the World Health Organisation achieved its stated aim of outlawing tobacco advertising, including at sports events, through pressure on legislators. This included a ban on broadcasts conveying tobacco brands images, and by 2006 tobacco money in F1 was as dead as some long-term users of the products in question. Ferrari kept Marlboro in its team name, but even that ceased in 2011.

During the eighties the WHO compiled a ‘hit list’ of products it deemed a threat to public healthy which was topped by tobacco, for obvious reasons. When tobacco brands saw the writing on the wall they ramped up sponsorship of the remaining activities which accepted their bucks – notably motorsports which, with their global followings, provided massive international platforms.

Thus the team now as AMG-Mercedes F1 Team was founded in 1999 – in the team’s current Brackley facility – as British American Racing, in order to promote British American Tobacco’s primary brands, Lucky Strike and 555. Once the ban bit, BAT sold out to Honda, and via Ross Brawn the team ended up in Mercedes’ hands.

Next on the WHO list is alcohol. Hence a sudden increase in brands availing themselves of F1’s platforms. Think Martini at Williams, Chandon at McLaren, Singha at Ferrari, Renault partner Estrella (though they focus on their zero alcohol product) and Kingfisher at Force India.

Then, consider, Johnnie Walker and Heineken as F1 sponsors, with first-named having title rights to this year’s Belgian Grand Prix, and Heineken the main branding for Canada’s race. Add in ‘bridge and board’ signage for both brands, and it’s clear F1 is as hooked on alcohol ads as it once was to nicotine.

Finally, while there is no such thing as smoking responsibly – save for kicking the habit entirely – there is responsible drinking, and most brands base their F1 awareness programmes on ‘don’t drink and drive’ messages.

However, just as various territories impose varying restrictions on tobacco advertising, so it is now with alcohol – some countries have zero restrictions, others go the full distance and ban even the ‘device’ of an alcohol brand (think the Guinness harp). Significantly, there are also restrictions, both legislative and voluntary, on driver ages.

In Europe one of the most vociferous opponents of ‘sin substances’ is France, whose Loi Evin policy (promulgated in 1991) forbids favourable advertising of tobacco and alcohol, including on billboards. Advertising is forbidden at sporting events, and televised coverage of foreign sporting events must make every attempt to hide similar sponsorship advertising that may be present.

At one stage the country outlawed energy drinks completely. The 12-year ban was lifted in 2008 only after the EU Commission intervened.

Thus it was particularly ironic that F1 assembled at Circuit Paul Ricard, founded and constructed with the proceeds of pastis, an aniseed-based alcohol product concocted by an eccentric local after whom the circuit is named, yet teams were not permitted to display alcohol branding. Indeed, Williams had to use its pale/dark blue livery rather than its usual white/blue/red battle dress for that reason.

Consider the implications of the legislation on the team, which is permitted to display Martini on trucks on the drive down the autoroute from its base in Oxfordshire, yet needed to rebrand upon reaching the circuit, before reverting to its regular livery for the drive to Austria, where alcohol branding is permitted. All in a week.

“The biggest cost for me, actually, is the time and effort that’s involved in managing it,” Chris Murray, Williams’ marketing director, told RaceFans. “And the level of complexity that you’ve got.

“That all had to be changed before they left [Britain], they all have to be changed before we go to Austria. The time and the effort to do that, and the people involved in that. We’re not dismissing the financial cost doing this, you understand that up-front, and you cover it.

“But the logistical nightmare to actually making sure that we adhere to the regulations that apply is significant. There are some really odd quirks: We can drive through France fully branded, but when we arrive at the circuit we’ve got to de-brand. We tie ourselves in knots. You can’t make the practical decisions you want to make, [because] this is actually a legal requirement.”

In order to ensure the team stays on the right side of the laws – plural, given that F1 will this year race in 21 countries and perform demonstration runs in others – Williams has an advertising manual, which is updated regularly in conjunction with Martini’s legal team, and in-house lawyers.

“Martini will go back and take advice from their local market, take advice from their external counsel, formulate a set of guidelines that we then adhere to. Obviously what we do then is just to keep appending those to the Advertising Guidelines” Amanda McReynolds, the team’s head of partner management, explains.

“It applies to all countries that our partners [are likely] to do events in.” This is because the team’s other partners may use their Martini-liveried cars for their own promotional activities.

“Our legal team also consults with circuits because there’s some anomalies. Within the circuits the rules are relaxed a little bit. So we can still use ‘Martini’ in the team name, but just not their brand [at certain venues].”

So while the team may be known as ‘Martini Williams Racing’ and these words may appear on clothing, overalls and cars, yet the team may not display the brand’s logo.

“Abu Dhabi is another dark market race – so, as we are here in France, it’s a completely dark market,” McReynolds explains. “Russia and Bahrain are anomalies where we can use the Martini word but not the logo. It’s ‘middle’ or ‘grey’ market. Baku is deemed a ‘light’ market. Light market within the circuit as such,” she says, explaining that technically team members could be in breach on their ways to their hotel.

“Austin is a good example of that. Because Lance [Stroll] was under legal drinking age, which is 21, the team and the car, including his car, he himself was ‘dark’ market branded,” adds Murray. “Because we run global campaigns [with other partners], it’s very difficult sometimes to implement the fine details of the individual country’s beliefs.

“The cost of that becomes incredibly large, the complexities of use. So some partners, and Martini are absolutely OK with this, have chosen to run campaigns from the dark market. So Unilever, pretty much everything they do doesn’t contain the Martini ball and bar.”

This is not due to legalities, but “complexity”, according to Murray. “Because we run 11 different retailing centres – participate in 11 different retail centres with Unilever, Australia, China, six in Europe, Brazil, Mexico, USA, Canada. They’ve each got their own individual requirements. So for Unilever we’ve been able to create global content for those markets to tap into.”

This also has ramifications for driver appearances. “We did seven different events with Lance in Canada, and I think he changed his clothes four times over the course of seven events.”

Murray mentions another quirky example, this time in Mexico: “When we did the Unilever/Martini activation the first year, we went to the fan zone. The Martini Terrazzo was a licensed environment, and therefore could have full branding, and when we did a driver appearance it was fully branded.

“Two hundred yards down the road we had a Unilever activation’ it was ‘dark’ market branded, and the drivers had to change their kit in the car en route, yet at the circuit we were ‘light’ market, fully branded.

Given these complexities, it is little wonder that the Williams manual has expanded in size from eight pages at the start of the partnership to over 100 – and grows by the month as the team does an increasing number of demonstration runs in countries such as Poland, home of reserve Robert Kubica, whose sponsors have a call on his time. Poland, like Finland, is a “dark market”.

Let’s assume there were no restrictions, I venture – what would be the on-cost of complying with all the legalities?

“I think you can talk about cost in a bunch of different ways, can’t you? You can talk about the financial cost of it, and that’s not insignificant. But obviously you understand that [aspect] walking into a partnership, so you take care of that up-front,” says Murray.

“We fully support our partner and we’re committed to doing the right thing. If you look at the alcohol industry in general, I think they’re out ahead of the curve compared to where tobacco was, and how they deal with some of the pressure groups and some of the interest groups that abound.

“We need to be supportive of that and we don’t need to give people any other opportunities to criticise our title partner.”

It the end it all boils down to preparation and management. “[We ensure] the branding’s in the right place. It goes back to that overhead we talked about, of producing [kit] for every race.

“We ensure that everybody in the company that needs to be aware of what’s going on is briefed, we go through those advertising guidelines, and ensure they fully understand the implications. We have those sessions at the start of every year. We’ve adopted a ground team, a manual created for every race,” McReynolds explains.

Obviously on the merchandising front, teams such as Williams need to stay on the right side without alienating fans who wish to emulate their heroes. Equally model cars need to be authentic, but these are easier to brand ‘light’ as they are deemed historic collectables, whereas clothing is worn across ages and genders.

“We really want to be professional,” concludes Murray, “but you’ve always got something. We’ve had a couple of instances where people have been issued the right kit, but it’s come from [the manufacturer] and they’ve stitched the wrong panel onto it.

“So you’ve got someone walking around the paddock in Abu Dhabi in a shirt that is absolutely correct, but it’s got ‘Williams Martini Racing’ or something on the back. So it’s just keeping an eye on, and it’s amazing how many different places we apply stripes. It’s not a job of the moment.”

Despite the global restrictions and complexities alcohol sponsorship, it is still legal to broadcast to ‘dark’ territories from ‘light’ races – which was not the case with tobacco. Plus, at this juncture, alcohol affects only a handful of events, unlike cigarettes, where Europe-wide bans on liveries and swingeing fines dealt the death blow.

Thus alcohol liveries can be expected to feature significantly on F1 cars well into future, their places, though, eventually taken by soda pop logos and fast food brands as increasingly stringent laws are introduced globally.

57 comments on “The rise of ‘dark races’: Why alcohol sponsorship will go the way of tobacco”