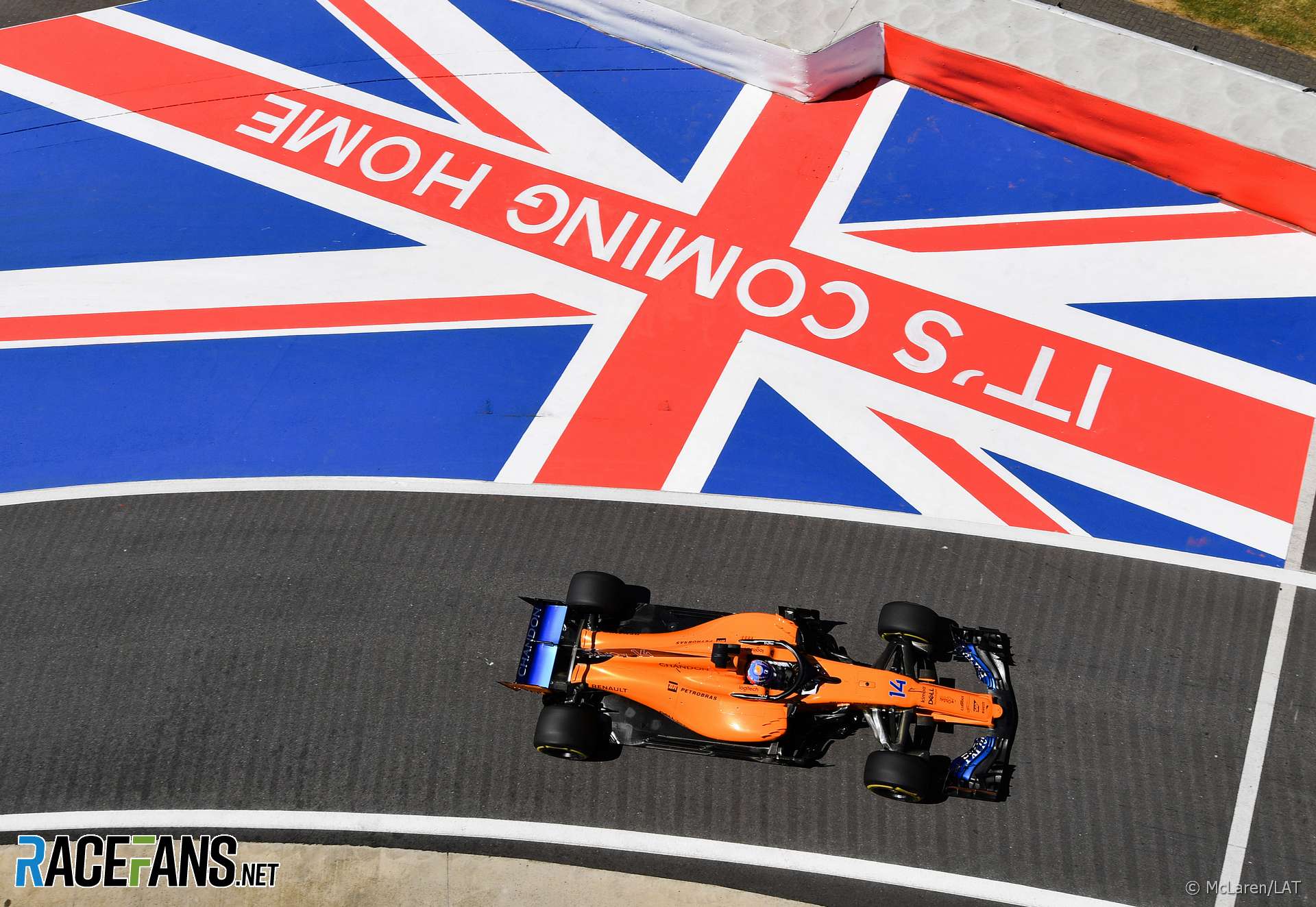 In the round-up: New McLaren sporting director Gil De Ferran says Silverstone was an improved performance by the team.

De Ferran was encouraged by what he saw on his first race weekend in charge at McLaren:

One thing I’ve noticed, everybody’s putting a lot of hours at the track and back in the factory. I think this weekend was a little bit of a step forward in competitiveness. The midfield is kind of tight but I think we’re a little bit closer to our nearest competition. We’ve just got to keep our hands down. The only thing that we can control is our own performance so we’ve just got to keep moving forward.

Renault ran a special livery promoting “The Incredibles 2” at the Goodwood Festival of Speed. The team told RaceFans it was a one-off for this event and will not appear at an F1 race.

To show how far @FIAFormulaE has come in four years: in Season 1, the finale race distance was 84.1km. In Season 4, yesterday, using *exactly the same battery* it was 130km. That's over a 50% increase (46km) – mindbending level of advancement in efficiency.

"I think Zak will be straightforward with us and keep us informed and when he has news one way or another we’ll know it."

"On Tuesday, the Monterey County Board of Supervisors is poised to authorize the signing of a three-year contract with IndyCar LLC to race at its county-owned track in 2019, 2020 and 2021."

"It’s a beautiful gesture for the whole world that nothing is impossible, that you can dream big and work hard because you will achieve it. For me, I think motorsport is the best sport and the most popular around the world."

F1 should have an end in mind when tweaking its points system:

Before we talk about changing the points system, we need to understand what points mean.

Every time we change the points structure (scores, number of places awarded a score) we are rewriting the purpose and value of scored points.

It’s not an easy decision and there are many bad solutions. Any solution will upset one group or another.

The easiest (least politically dangerous) path is to change nothing, which is what I expect to happen.
@TribalTalker