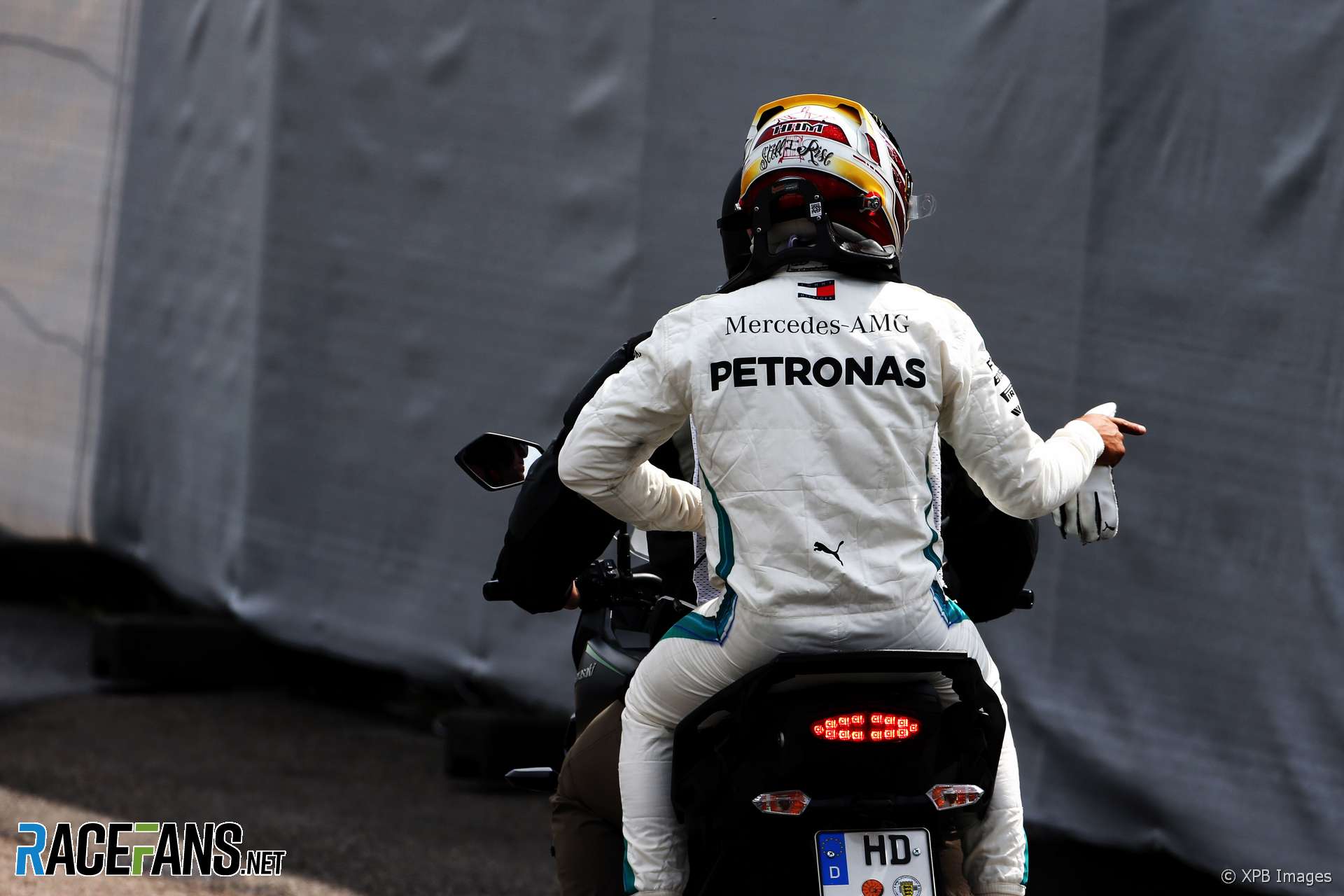 Lewis Hamilton says the bump he ran over at turn one didn’t trigger the hydraulic fault which forced him out of qualifying early in the German Grand Prix.

The Mercedes driver ran wide over a kerb which jolted his car during Q1. His Mercedes came to a stop shortly afterwards and he was unable to take part in Q2.

Asked whether the stoppage was caused by the bump he appeared to hit earlier, Hamilton said: “No. I think it failed before then.”

Hamilton has provisionally qualified 14th for the race while championship rival Sebastian Vettel started from pole position. The Mercedes driver said he “has no idea” where he might be able to recover to.

“It definitely was a tough one. But these things happen and all you can do is gather your thoughts and [take] any of the negative energy and out it towards trying to do your best the next day. Live to fight another day. Another opportunity to rise.

“I’ll give everything tomorrow to see how high I can get up. But it’s not going to be like Silverstone.

“I’m sure I’ll be able to get through to some point but to where I don’t know,” he added.