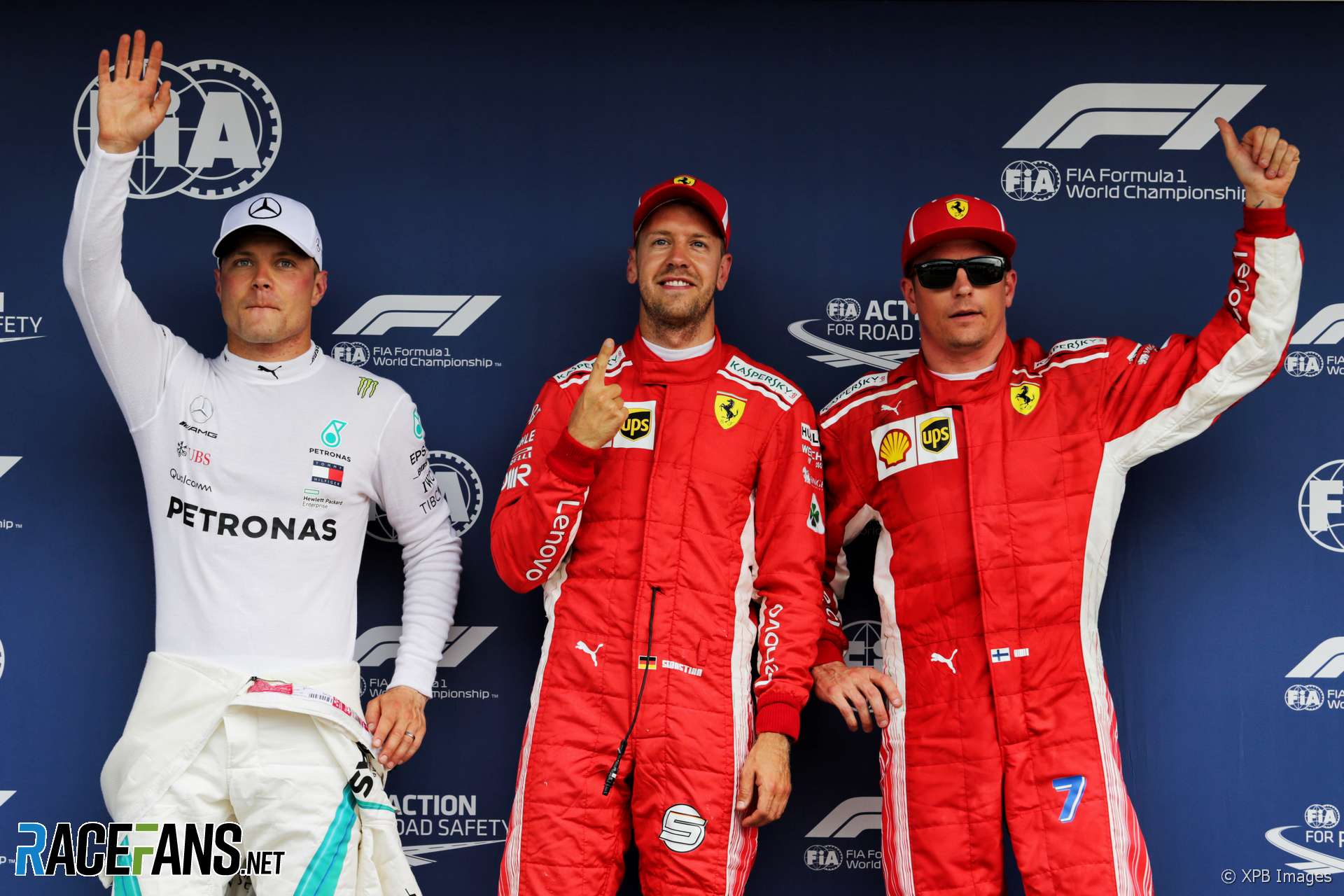 Sebastian Vettel says he was disappointed to see Lewis Hamilton drop out of qualifying with a technical problem.

“Obviously we saw but I don’t know what exactly happened,” said Vettel. “I think it doesn’t really matter, we’ll see what happens tomorrow. Obviously you look after yourself.

“I think for me it was a good session. We prepared the car well and everything went smoothly. Obviously you always try to push the limits.

“I don’t wish anything bad or something like a technical issue which he had to happen to anyone. It was a shame to see him go out and I mean it but you look after yourself and we try to do the race tomorrow which is the most important part of the weekend.”

Vettel will start Sunday’s German Grand Prix from pole position, 13 places ahead of his championship rival. He is eight points ahead of Hamilton but Vettel said he isn’t getting preoccupied with the title fight.

“I try to get the maximum points every weekend, every stage of the year,” he said. “Later in the year you find out whether you are in position or not.

“If we can score points and if we have a quick car, a car to fight for wins, I believe that puts us in a very good position and you add up your points towards the end and you see where you are. I don’t think right now is the time to stress about the championship.”

5 comments on “Hamilton’s qualifying breakdown was “a shame”, says Vettel”