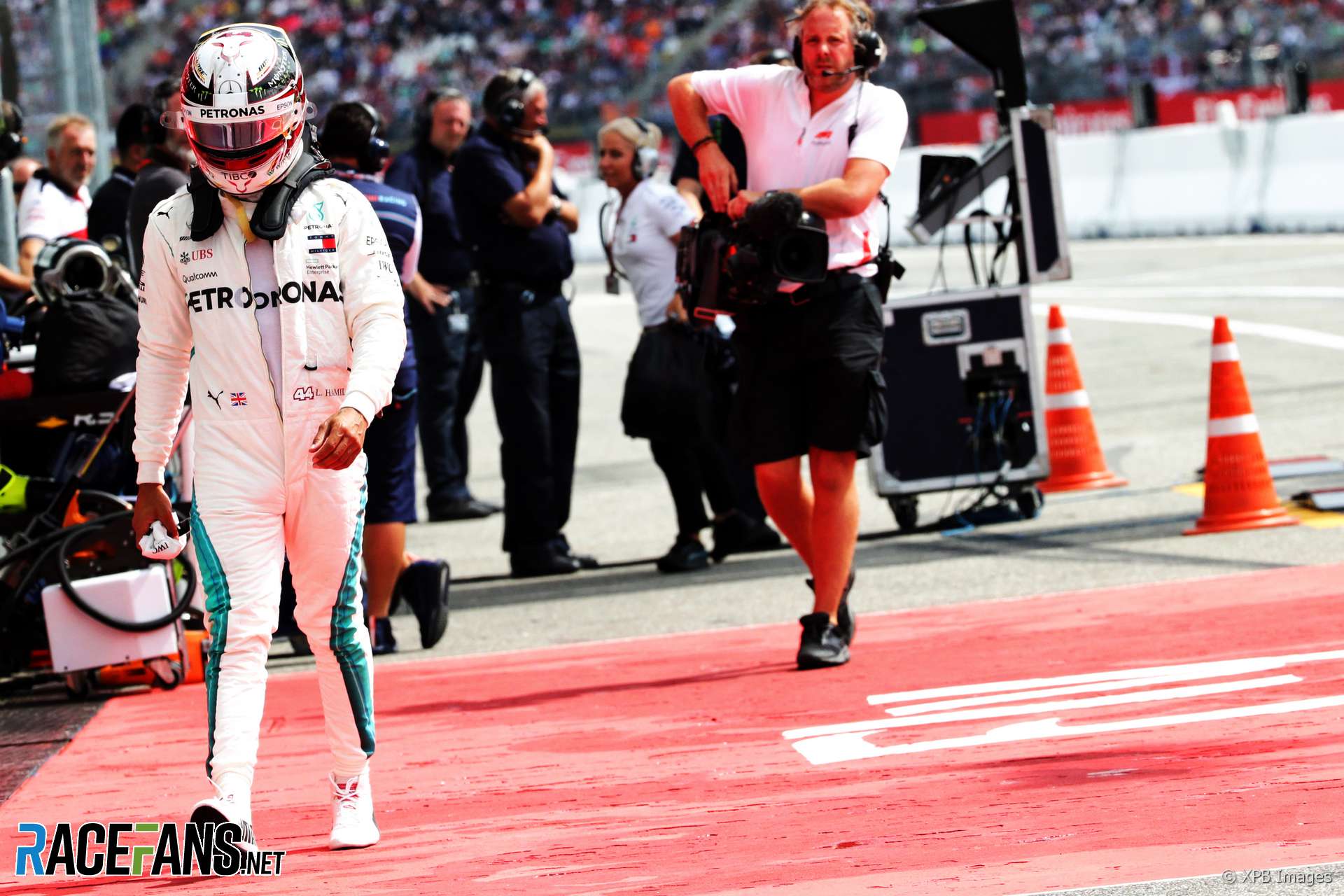 Lewis Hamilton did not cause the technical failure which put him out of qualifying for the German Grand Prix, his team have confirmed.

The Mercedes came to a stop after Hamilton was seen bumping over a kerb at the exit of turn one. Mercedes confirmed Hamilton’s claim that his failure occurred before then and wasn’t triggered by it.

According to Mercedes, Hamilton’s car suffered a hydraulic problem which caused his power steering to fail.

“We had the failure at turn one as Lewis ran the ‘normal’ kerb which all the drivers use in that stage of qualifying.

“Then, with failed power steering as a result of the hydraulic failure, we had the ‘jumping’ moments that were seen on TV and which people understandably thought might have been the cause of the issue, but were in fact a consequence of it.”

Mercedes added they do not believe there is any damage to Hamilton’s engine or gearbox. However team principal Toto Wolff believes the incidents revealed a weakness in their car.

“Clearly, this is a vulnerability we have under the high loads you see when running the kerbs, and something we must get on top of,” he said.

“It will be a tall order for Lewis to come through the field tomorrow but we saw already in Silverstone how well he can fight back.”

Hamilton explained on social media why he tried to push his car back into the pits.

“Simple, it’s qualifying, the car was still going and I I hoped with all my heart that I might make it back and they could fix it. In my heart I never give up so it is the hardest thing to give in and accept the car will not make it back.

“I turned the car off and thought perhaps I can even push it back, as crazy as it sounds. that’s just me being passionate.”

It’s the second time in three visits to Hockenheim that Hamilton has experienced a technical problem during qualifying. A brake failure caused him to go off in 2014, which meant he had to start from the back of the grid.