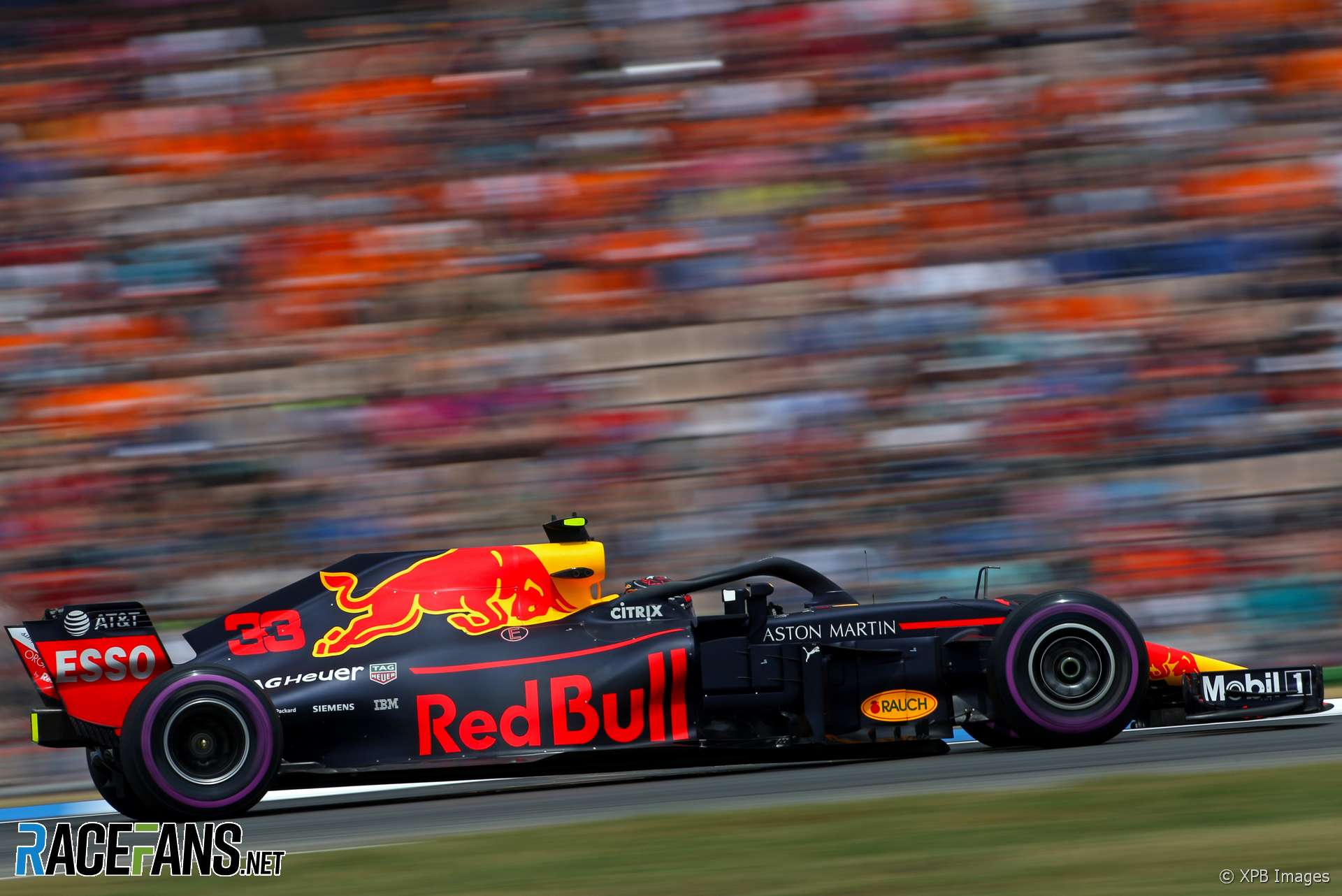 Max Verstappen says overtaking is more difficult among the top teams than the midfielders, which compounds the problems Red Bull face in qualifying.

Verstappen will start Sunday’s race from fourth place, behind the two Ferraris and Valtteri Bottas, after being nearly three-tenths of a second down on third-placed Kimi Raikkonen’s qualifying time.

Asked why Red Bull couldn’t compete for the front row in qualifying, Verstappen said “It is just the engine mode, very clear.

“I wasn’t depressed, I was really happy with my lap. But we know in qualifying we don’t have a chance so I just gave it all I had to at least be fourth.

“We should be closer tomorrow, they can’t use the power mode they have all the time so that will bring us a little bit closer.”

“If I was next to a Williams or something then you just drive by but with the top teams it’s going to be a bit different.”

Hamilton will start behind the twelfth-place Williams of Sergey Sirotkin.

Verstappen said a good start was possible but no guarantee of an advantage, “No it won’t be easy but it’s definitely possible, I think I did that in 2016 as well but you need a bit of luck to be in the right place.

“You still have a lot of chances afterwards and then into turn two and turn six if you get a tow – it’s going to be interesting, let’s just hope that I have a good exit because otherwise I’m struggling on the straight but we’ll find out.”

4 comments on “Verstappen: It’s harder for top teams to overtake”