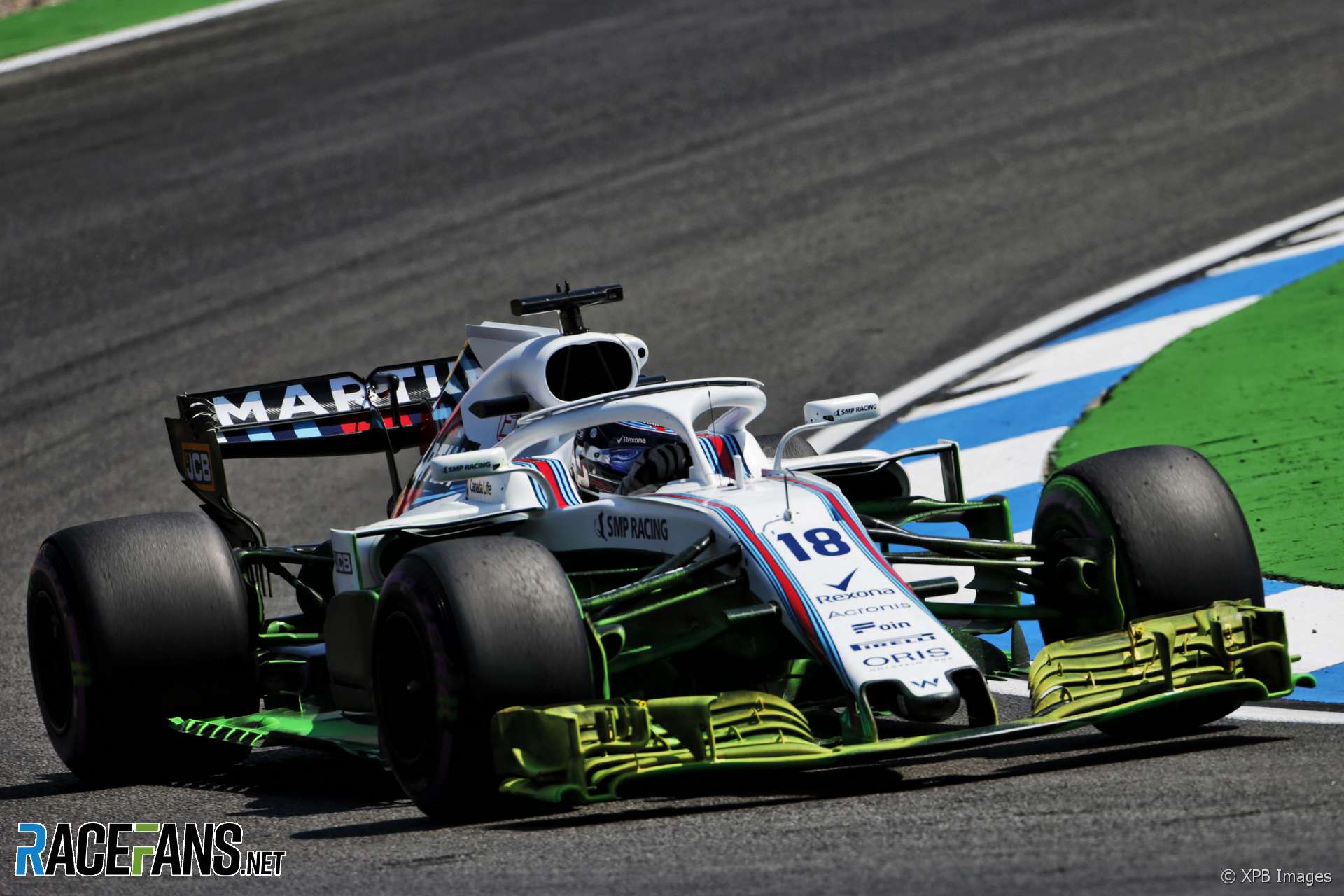 Williams will have further, smaller upgrades to follow the “big step” it brought at the Hockenheimring, says chief technical officer Paddy Lowe.

Sergey Sirotkin qualified 12th on the grid, the team’s highest starting position since the Azerbaijan Grand Prix, and Lowe said his team mate could have been up there with him.

“We’ve brought a new wing yesterday as you know and the good thing it’s done exactly what we intended both from a measured point of view and from drivers’ comments corresponding to what we hoped to achieve,” said Lowe. “So that’s a good platform to build with further developments.

“Certainly today we were stronger, relatively, than we were in Silverstone. Sergey did a great job: 12th position is flattered by a couple of big fast cars let’s say out of position. But nevertheless he did a great lap in Q1, got himself up there, quicker than a number of cars which we weren’t quicker than before.

“And I think Lance [Stroll] could have done better than he did. The main point was he didn’t get the temperature in his tyres for his second run with all that queue of traffic on an out-lap, couldn’t really prepare the tyres as he would have intended. So he was a good 10 degrees down on target temperatures going into turn one which is where you lose a lot of time.”

The new front wing is part of a package of upgrades the team is introducing over a period of races to address the problems with its FW41 chassis.

“We have got a few things for Hungary, then a few more for Spa,” said Lowe. “This front wing, that was a big step, a big item. We haven’t got such big things for the next few races.”

7 comments on “Williams satisfied with gains after “big step” upgrade”