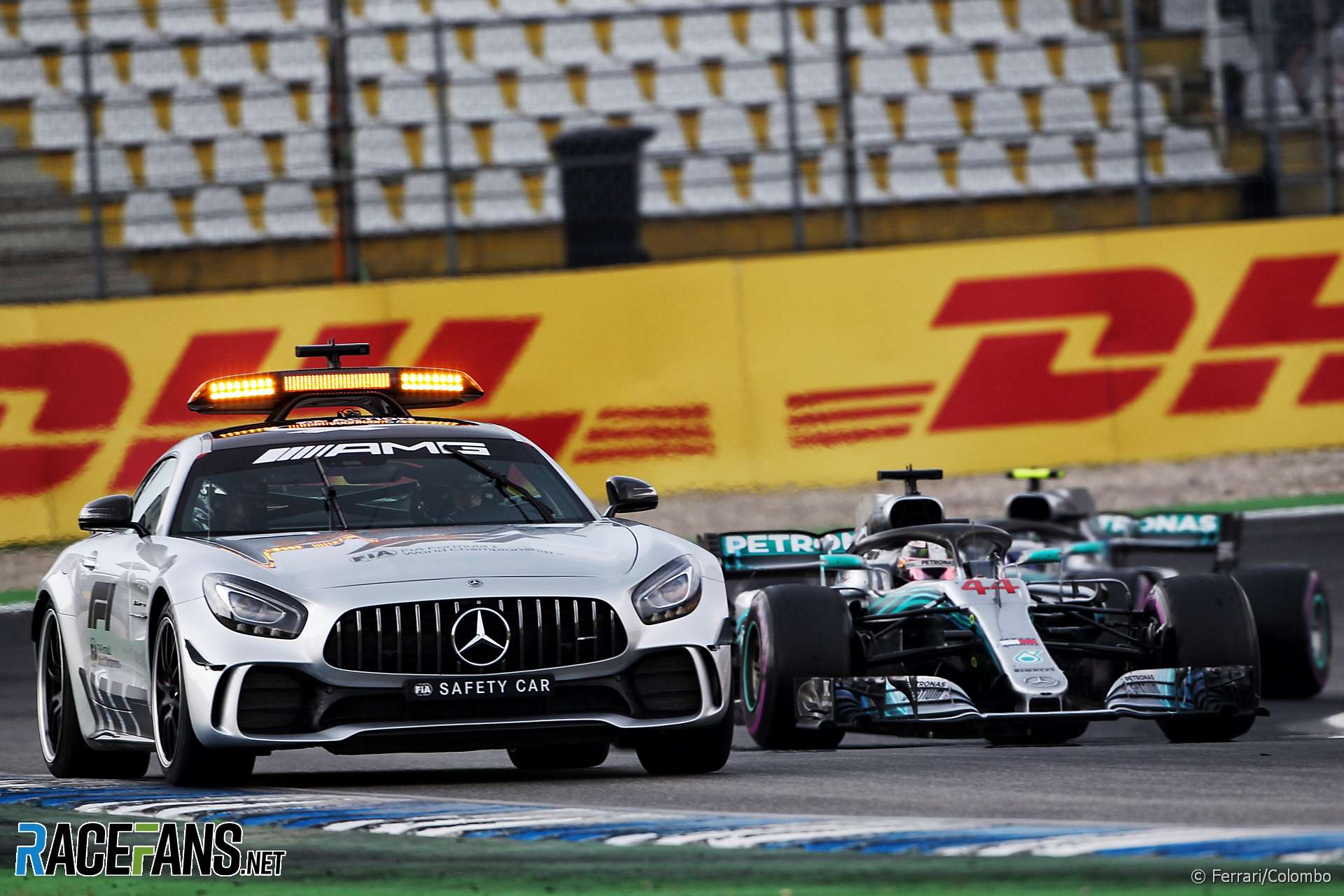 Lewis Hamilton said the frantic moment when he decided to turn out of the pit lane entry in the German Grand Prix was the “most confusing second and a half”.

The Mercedes driver was investigated by the stewards for leaving the pit lane entrance after initialling committing to a pit stop during the Safety Car period.

Hamilton’s radio messages during the moment revealed confusion on the Mercedes pit wall as to whether he should come in. His team mate Valtteri Bottas had already arrived in the pit box but was delayed because the team did not have tyres ready for him.

Hamilton said he was surprised when he was told to pit.

“It was the most confusing second and a half,” he said. “I honestly thought I was going to stay out.

“I was happy with my tyres and then they said come in and I saw Valtteri ahead coming in so I was like ‘are they sure about it’?

“By the time I got in they were like ‘no, stay out’. It was literally like ‘go left, go right’. I just slowed down and trundled over some grass and made sure I joined the track as safely as I could.

“I don’t know if you heard the radio afterwards because it was the most confusing couple of second, they were shouting in my ear ‘go left, go right’.”

Hamilton was reprimanded for his actions but kept the victory he took from 14th on the grid.

“It’s been the most emotional day, up and down,” he said. “No one ever wants to go and see the stewards. They have the hardest job because every scenario is always different. But this has just been an unbelievable day.”

10 comments on “Hamilton: Decision not to pit was “most confusing second and a half””