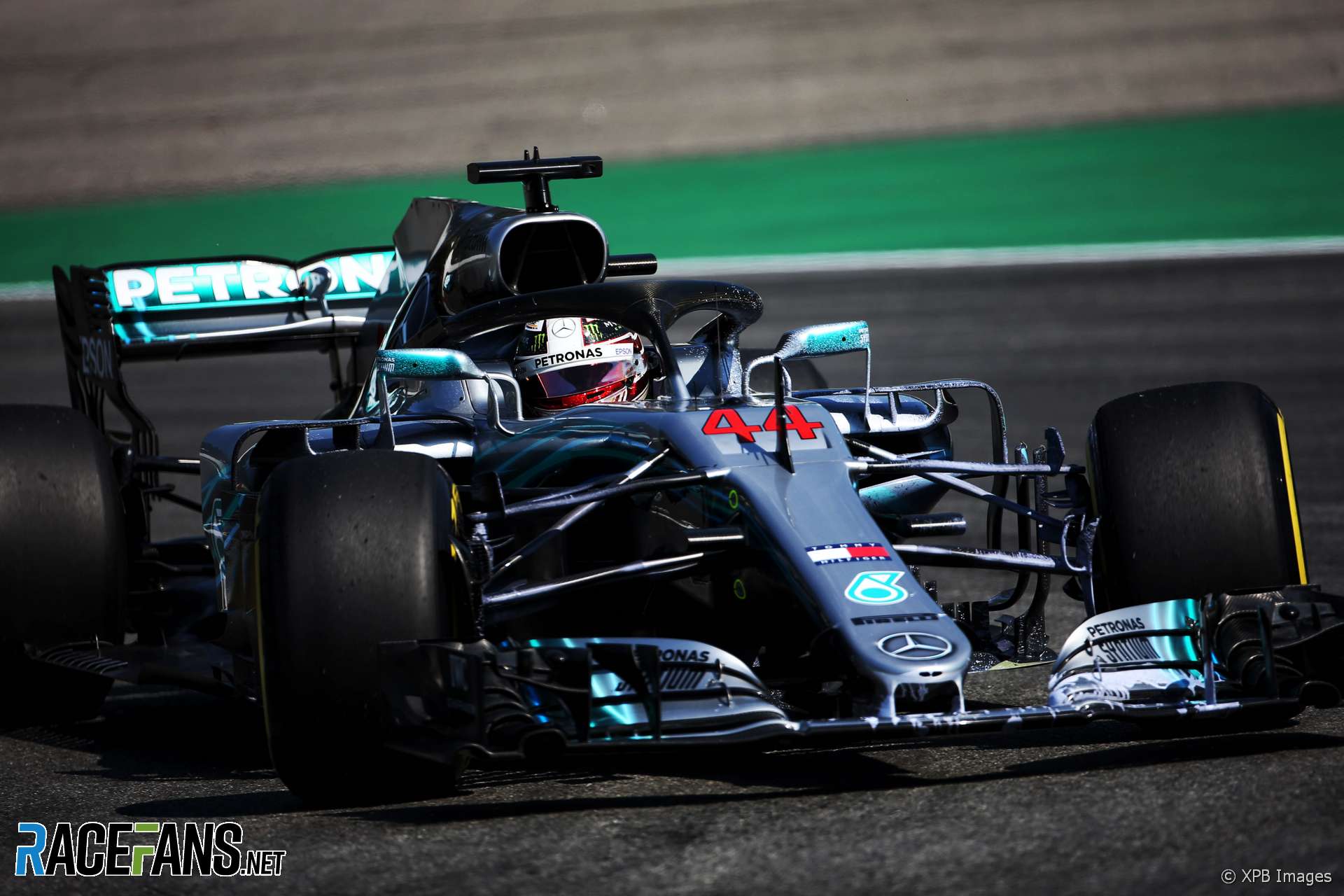 Lewis Hamilton has downplayed his chances of recovering to the front of the field in today’s German Grand Prix, saying the circuit is difficult to overtake on.

However he is hoping that changes to the DRS zone at the track will aid attempt to catch the midfielders from 14th on the grid.

“Whilst you have that nice, long straight at the back, it’s not that easy to overtake here,” said Hamilton. “It’s one of the hardest circuits, particularly following in this last sector.”

“We do have a new DRS zone so maybe that will help, a longer DRS zone at the back so that might help. But it’s not an easy circuit.”

The Mercedes driver fell to 19th at the start of the last race at Silverstone and recovered to finish second. However Hamilton said that was possible because Silverstone is “open and wide and not as hard on the tyres as it is here”, and fears a similar drive won’t be possible today.

“It’s a different track to Silverstone. At Silverstone you could push for longer, we had better tyres there that no one would blister, we have tyres here that everyone’s seen blistering on.

“So it’s going to be interesting. I have no idea what I can and can’t do [in the race]. I definitely don’t expect to be where I was in the last race but it could go one way or the other and I’ve just got to try to have an aggressive, balanced race.

Daniel Ricciardo, who will start from the back of the grid due to a power unit change, said he was looking forward to making his way to the front in today’s race.

Asked about Hamilton’s low qualifying position, Ricciardo said: “I know he’s not happy but just from a TV point of view and a racing point of view it will be cool. Hopefully we can have a little battle, see who gets through the field quicker.”

“Daniel’s a super-optimistic person which is great, that’s why he’s loved so much by so many and that’s why he’s a great character in the field,” said Hamilton. “I will try to share the same optimism.”