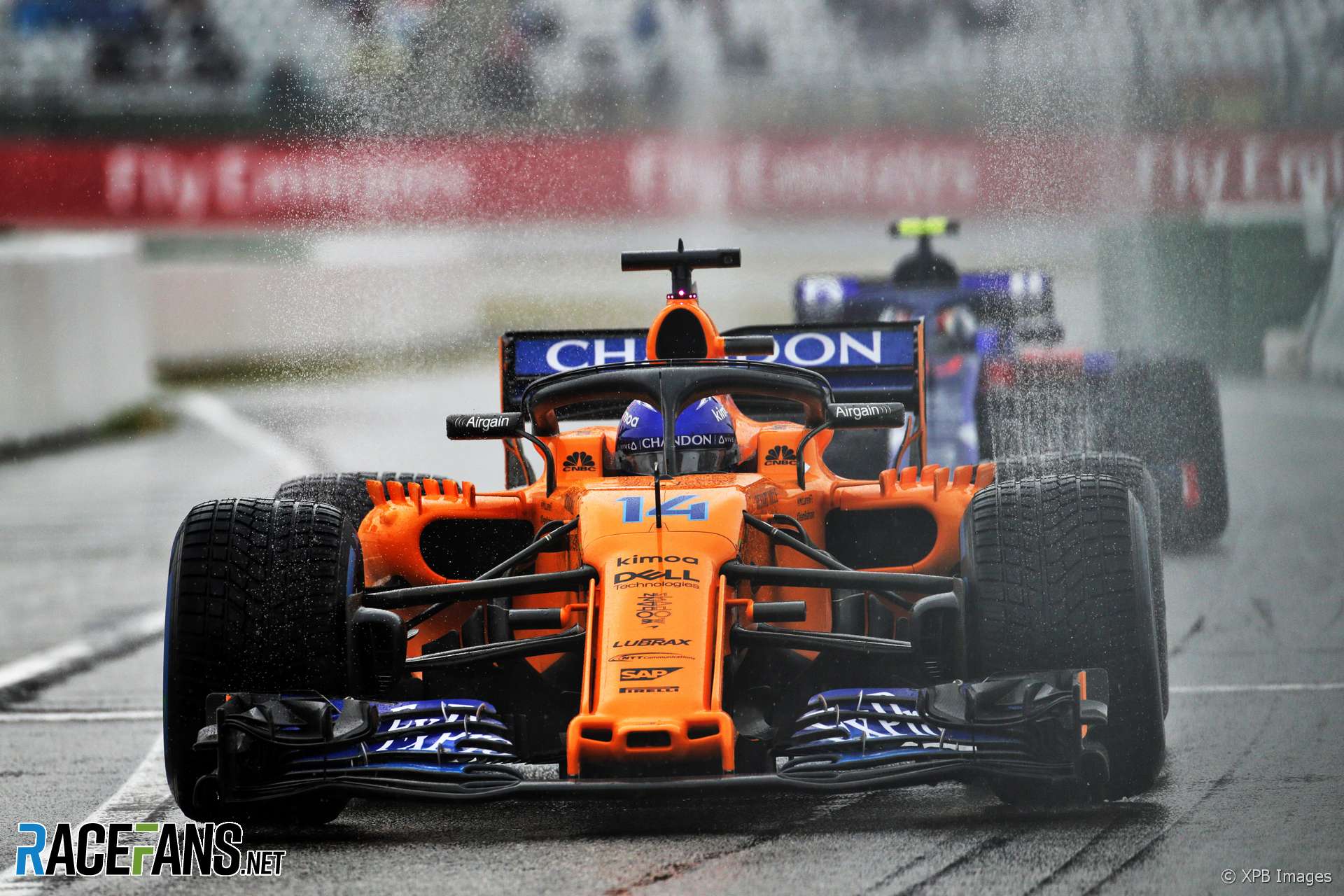 Fernando Alonso says McLaren made the right decision by gambling on a switch to intermediate tyres during the German Grand Prix, despite disagreeing with them on the radio when the call was made.

The McLaren driver told the team it was “way too early” for intermediates when they were fitted to his car. “Not for inters,” he added, “I tell you when to stop.”

Alonso explained the decision had been made as he was approaching the pit entry so there was no time to discuss it.

“It was in the last part of the lap, they called me in. I thought it was not wet enough for intermediates, that’s true. But at the same time when you hear ‘box, box’ it can be a puncture, it can be a problem with the car. You need to trust the team and you need to come in.

“There’s no time to debate if you are coming in or not. If it’s in the middle of the lap maybe we talk about the weather and the track conditions but if it’s in the last corner you need to come in.”

The decision to fit intermediates was a gamble worth taking, said Alonso.

“When they fit the inters I thought it was too dry for the inters. But you are not in control of the full picture of the race. Maybe on the television they saw a downpour in turn six and people were going off or whatever. They have more information.

“It was surprising that there was no downpour, it was nothing. They called me in just betting on something. We were out of the points, I think it was a brave move. In these kind of races it was [either] very good or very bad. This time was bad.

“I still feel right now, looking back, that it was the right thing to do to pit. If it really rained very heavy in the next 30 seconds, maybe four or five cars are out of the track. Maybe they will lose 30 seconds and maybe I am P4. It can be a very tricky situation and it was nothing to lose. One of those races.”