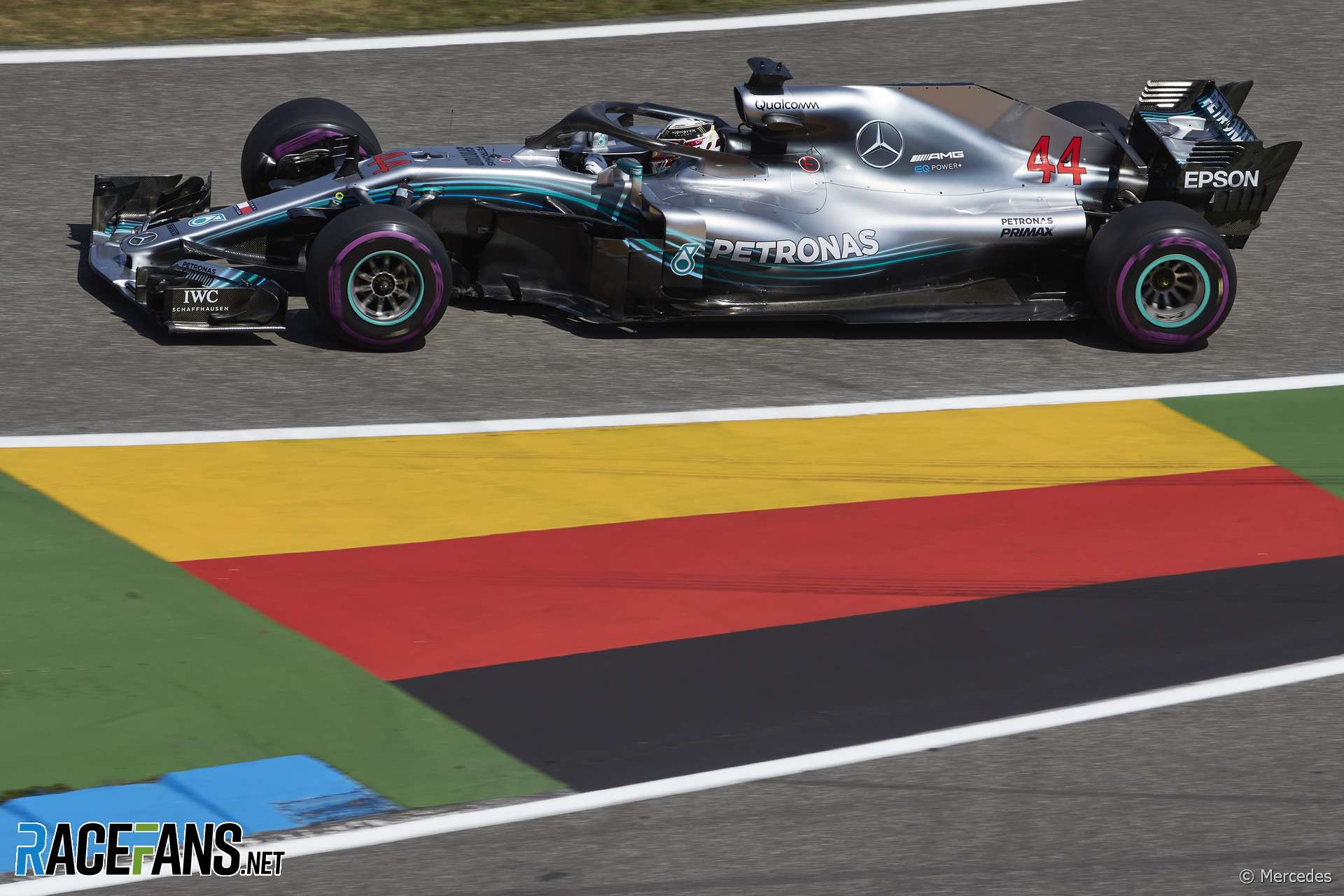 Lewis Hamilton did not deserve a penalty which could have cost him victory in the German Grand Prix for his pit lane entry violation, according to two of his rivals.

The Mercedes driver was given a reprimand, the most lenient penalty available to the stewards, for cutting the pit lane entry line when he decided at the last moment not to pit under the Safety Car. All the likely alternatives to the reprimand would have involved a time penalty which would have relegated him to second place or lower.

Red Bull’s Daniel Ricciardo said it would have been “harsh” to strip Hamilton of his win over the error.

“I was out of the race so I wasn’t too fussed,” said Ricciardo. “I know it’s clear in my mind that if you enter [the pits] after the bollard, if he pitted doing the opposite, that’s a clear breach. But then avoiding one as he did… I don’t think it changed too much.

“The way I see it, he did a good race to come from where he did. It should be black or white so I’m not saying the circumstance should’ve affected the decision. But it seemed fine, he still deserved the win. If they would have taken the win from him for that maybe that’s a bit harsh.”

Sergio Perez also felt the decision to give Hamilton a reprimand was “correct”.

“It’s a hard one but when you look at the rule then it’s clear. The reprimand came, it was under the Safety Car, he rejoined safely.

Ricciardo’s team mate Max Verstappen said the decision should set a precedent for how future incidents are handled.

“I know the onboard from Lewis it was very confusing from him. If it should have got a penalty it’s not up to me. In the rules it says it’s not allowed, this time they gave him a reprimand.

“I guess for the future for every team it makes it a bit more clear maybe you get a reprimand if it’s such a confusing thing. I hope they just are very strict on it for other teams as well.”

Hamilton said the team must decide how to handle similar situations in the future to avoid a repeat. “If I could go back I would have stuck to what I felt, which was to stay out, so I wouldn’t have been in that scenario,” he said.

“So that’s an area that we need to work on because we’re always dealing with split-second decisions. There wasn’t a long time for the team to make a decision. But if we had time to discuss, we would have come to the conclusion that I would have stayed out because that’s what I felt was right at the time. My tyres felt good.”