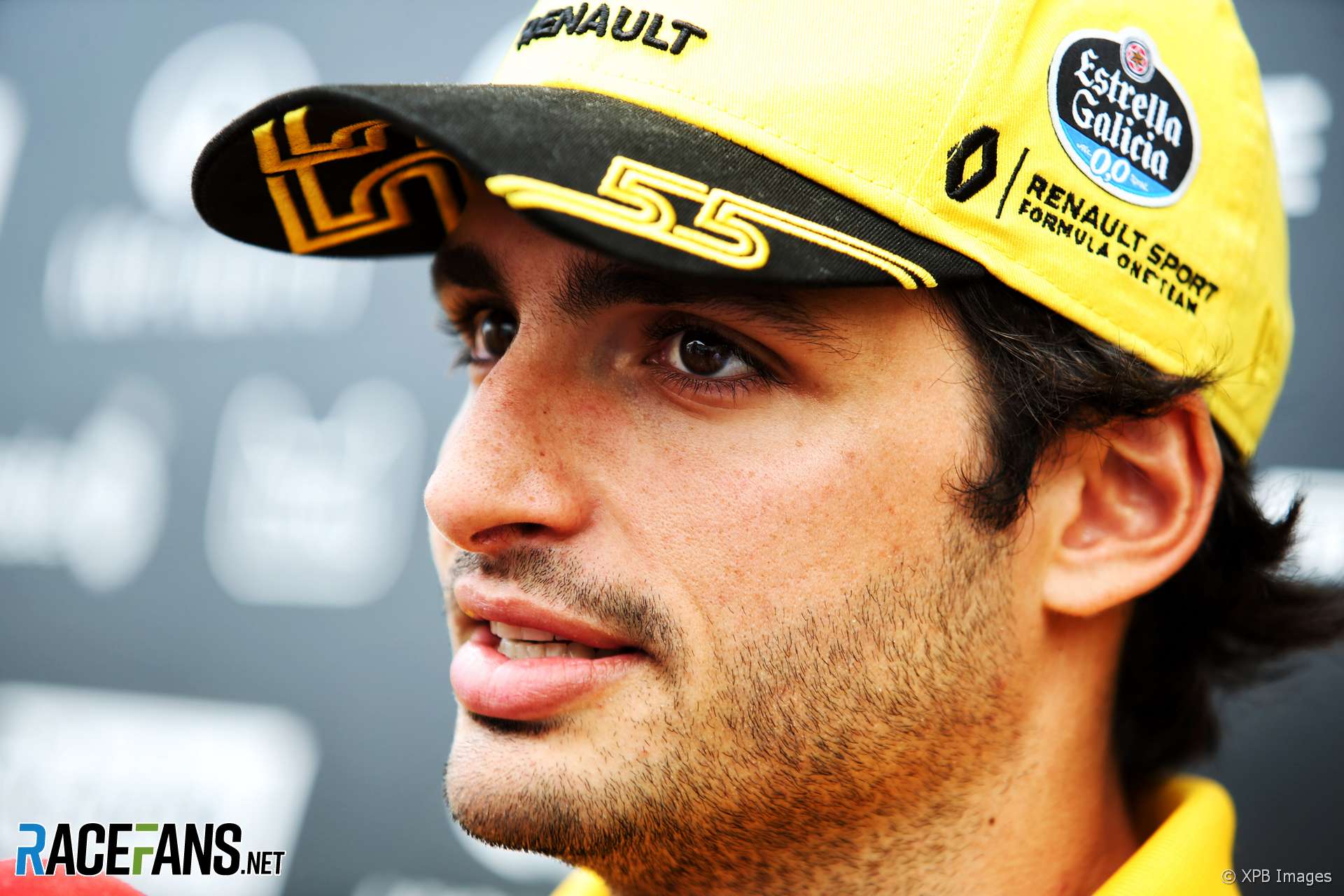 On the face of it, Daniel Ricciardo’s shock move to Renault for the 2019 F1 season could be expected to have only a limited impact on the driver market.

Sainz did a superb job last year, scoring all bar five of Toro Rosso’s 53 points before being loaned out to Renault, where he’s been ever since. With Ricciardo now on his way to the French manufacturer, the obvious move for Red Bull is to recall the 23-year-old and give him his shot in a front-running team.

But when Red Bull responded to the news of Ricciardo’s impending departure, which RaceFans broke this morning, there was no confirmation of a place for Sainz.

“We will now continue to evaluate the numerous options available to us before deciding on which driver partners Max Verstappen for the 2019 season,” said team principal Christian Horner.

It is unusual for Red Bull to be caught on the hop with a driver announcement. In 2014 they pre-empted the shock news of Sebastian Vettel’s defection to Ferrari by announcing Daniil Kvyat as his replacement.

The lack of a similar announcement regarding Sainz indicates we won’t see his number 55 on the nose of a Red Bull-Honda RB15.

Why might that be? Relations between the Sainz and Verstappen camps during their year-and-a-bit alongside each other at Toro Rosso were not exactly cordial.

It can’t have helped matters that Sainz, a long-time Red Bull Junior Team member, was beaten to an F1 seat by Verstappen, who Red Bull hurriedly signed in 2014. There was further friction last year when Sainz made comments about his future at Toro Rosso which were strongly rebuffed by Horner – and later turned out to have been accurate.

Red Bull’s motorsport director Helmut Marko is understood to be against reuniting the two drivers. With Verstappen already committed to the team, the implications for Sainz are obvious. This would explain why he has been in talks with McLaren.

Instead Pierre Gasly is expected to emerge as the top candidate to replace Ricciardo. The 2016 GP2 (now Formula Two) champion is well-liked by the team and will have a year’s experience of working with Red Bull’s incoming engine supplier Honda at the end of this season.

Gasly has got the job done under trying circumstances this year. His sixth-place finish at the Hungaroring last weekend could not have been more timely. An excellent fourth in the Bahrain Grand Prix stands as Honda’s best result since returning to F1 three years ago.

But promoting Gasly from Toro Rosso would leave Red Bull needing at least one more driver for its ‘kindergarten’ team in 2019. Dan Ticktum, the highest-ranked driver in its Junior Team, who was unable to participate in this week’s test for the team due to the lack of an A Licence, is unlikely to have the necessary superlicence points to make his debut next year.

Red Bull therefore may have to look further afield. It is known to have already approached McLaren about running its young talent Lando Norris. With McLaren eager to get its hands on Toro Rosso design James Key with minimal delay, a mutually satisfying agreement may be in the offing.

Which of the McLaren drivers would have to make way for Sainz becomes the next question. But McLaren Racing CEO Zak Brown admitted last weekend they are interested in bringing him onboard.

“He is certainly someone who, as you go down the shortlist of drivers that you consider putting in a race car, if he was free and if we had a seat, would certainly be high up on the considerations.”

Following today’s news, there is no longer any doubt that Sainz is a player in the F1 driver market for 2019.