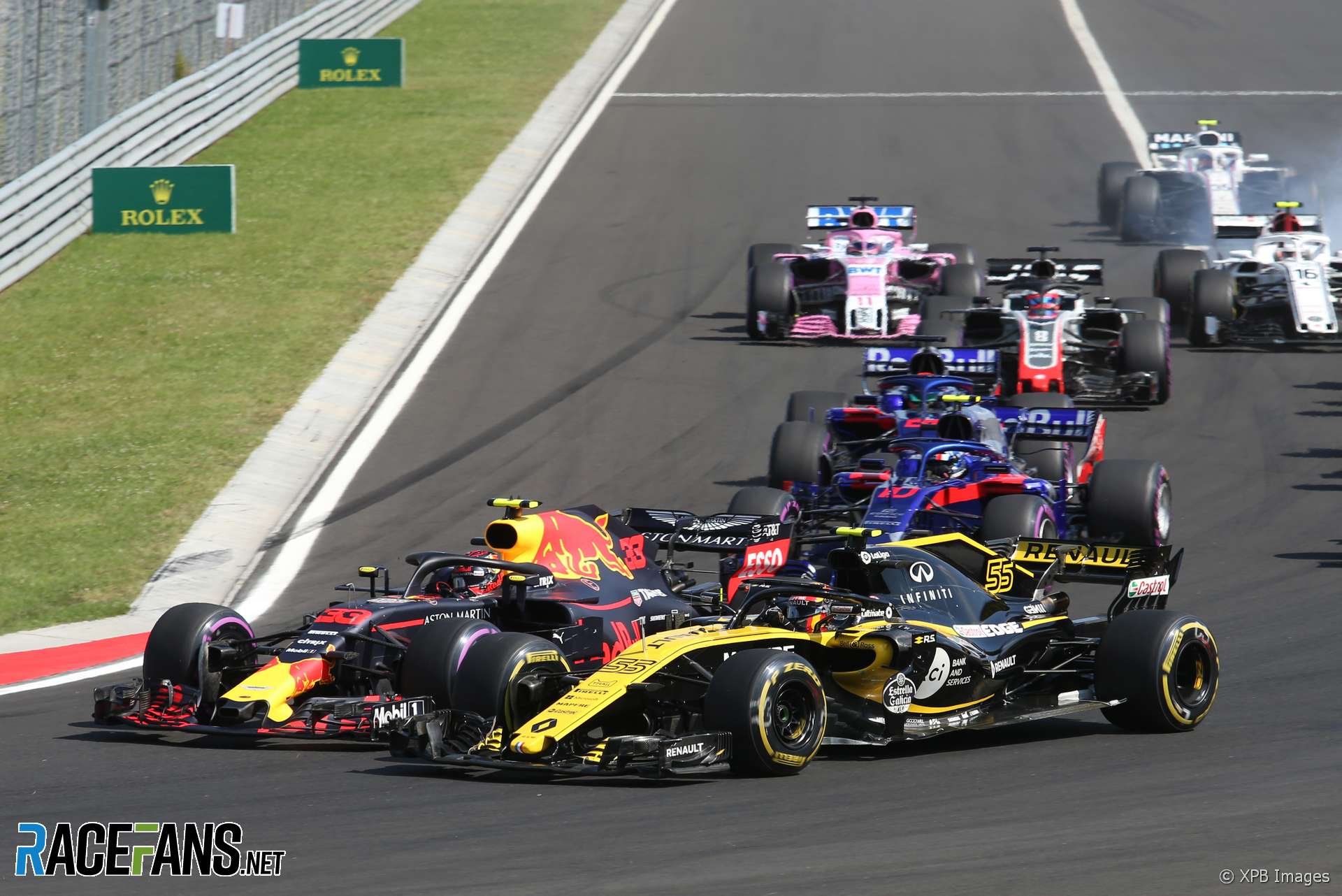 The second part of our mid-season Formula 1 driver rankings includes several drivers increasingly seen as stars of the future.

Who just missed out on a place in the top five? Read on to find out.

According to Sergio Perez, the stress of Force India’s financial situation and the pressure he has been put under to act – which led to his extraordinary intervention to prompt administration proceedings during the Hungarian Grand Prix weekend – has taken a toll on his performance this year. Whether that’s true, a convenient excuse, or somewhere in between, it’s clear the tables have turned massively between him and team mate Esteban Ocon during the course of the last 12 months.

This time last year Perez was out-performing Ocon by the same kind of margins Ocon now has over Perez. But the key difference is Perez is still ahead on points, thanks to his inspired drive at Baku which accounted for half of his points tally so far.

With Force India’s financial situation now heading towards a positive resolution, it remains to be seen whether Perez’s performances will correspondingly improve in the second half of the season.

This isn’t just the first time Kevin Magnussen has driven for the first F1 team for two consecutive seasons, it’s the first time in his entire motor racing career to date he’s benefitted from that kind of consistency. And Haas appears to be reaping the dividends.

Magnussen has matured as a driver this year, scoring points far more consistently than his team mate, and has begun to shake off a reputation for being incident-prone. But perhaps the most encouraging sign, from Magnussen’s point of view, is he’s had an edge on Grosjean in outright one-lap speed.

Although Grosjean took the team’s best result of the season so far, in Austria, it’s largely thanks to Magnussen’s efforts that they’re enjoying their best F1 season so far.

Nico Hulkenberg is in a tight midfield contest, driving a car which is usually a contender for ‘best of the rest’, but hasn’t always been reliable – he’s completed the fewest racing laps of any driver. Yet out of the nine occasions he’s made it to the chequered flag he’s been first home behind the much faster Ferraris, Mercedes and Red Bull four times – more than anyone else.

He let a potentially strong result slip through his fingers in Baku, however, where for the second year in a row he slipped up and hit the wall. That debut podium finish remains frustratingly elusive. In Daniel Ricciardo, Hulkenberg will have arguably his best team mate so far alongside him next year, and it will be fascinating to see how this perennial nearly-man rises to that challenge. In the meantime, he and Renault have a vital fourth place in the constructors’ championship to defend from Haas.

Esteban Ocon also missed out on a big result in Baku, where an unnecessarily uncompromising move on Kimi Raikkonen let him in the barriers at the end of lap one. This was a foolish risk at a track where Force India is reliably strong – a point his team mate rammed home by taking Force India’s only points finish of the year so far.

It was an uncharacteristic error on the part of a driver who tends to show restraint in wheel-to-wheel battles. The younger driver has been consistently the quicker of the pair, however. The margin between them is usually quite fine, but it counts for a lot in the congested midfield. Much of Ocon’s gain has been down to his improved form in qualifying, to which Perez doesn’t seem to have an answer.

Pierre Gasly is having the kind of season Red Bull like to see from their junior drivers. Finally given the shot at a full-time F1 seat he should have had 12 months ago, the 22-year-old has demonstrated he’s ready to take on the pressures of racing for the top team.

It looked like the season was going to bring bigger things in terms of results when he lined up fifth on the grid for Toro Rosso’s second race with Honda power, and brought the car home a scarcely believable fourth. But the inevitable power unit penalties have dragged him down the grid and the team has clearly been out-developed by rival customer teams with better engines.

Nonetheless he went into the summer break on a high having repeated his best-of-the-rest performance at the Hungaroring, taking full advantage of the opportunity afforded by the slower track to bag some big points. That could prove sufficient to keep Toro Rosso safe from the growing threat of Sauber.

It’s easy to forget that Charles Leclerc got off to an initially unpromising start to life with Sauber. He started the first three races in the back three spots on the grid.

Soon afterwards things clicked in a big way. In Baku he qualified 13th, delivered a clean race, and was rewarded with a superb sixth which remains his best finish to date.

That began a run of five points finishes in six races, interrupted only in Monaco where a brake failure caused a late crash. He was on course for another points finish at Silverstone – potentially beating Hulkenberg to the ‘best of the rest’ spot – when an error by his pit crew ended his race.

He’s also thrashing Marcus Ericsson in qualifying. By every measure, Leclerc is proving himself worthy of promotion to a front-running team.

In the opening races of 2018 there seemed to be a slightly desperate edge to Max Verstappen. He’s always been full-on and utterly uncompromising, but he seemed to be leaving too little margin at times.

That led to a string of incidents which blunted his points-scoring in the early races. Canada and Monaco were both massive missed opportunities, which his team mate capitalised on.

However Verstappen’s core speed hasn’t gone anywhere – note his qualifying margin over Daniel Ricciardo, a driver who has always been strong on one-lap pace. Soon after the trauma of Monaco he began to cut out the mistakes and delivered the results we all know he’s capable.

Austria was Verstappen’s vindication: an instinctive and opportunistic first-lap pass on Kimi Raikkonen set him up for his first win of the year. He’s since largely recovered the points deficit to Ricciardo, and with the championship out of reach for both their final nine races together as team mate will be all about which of them emerges ahead.