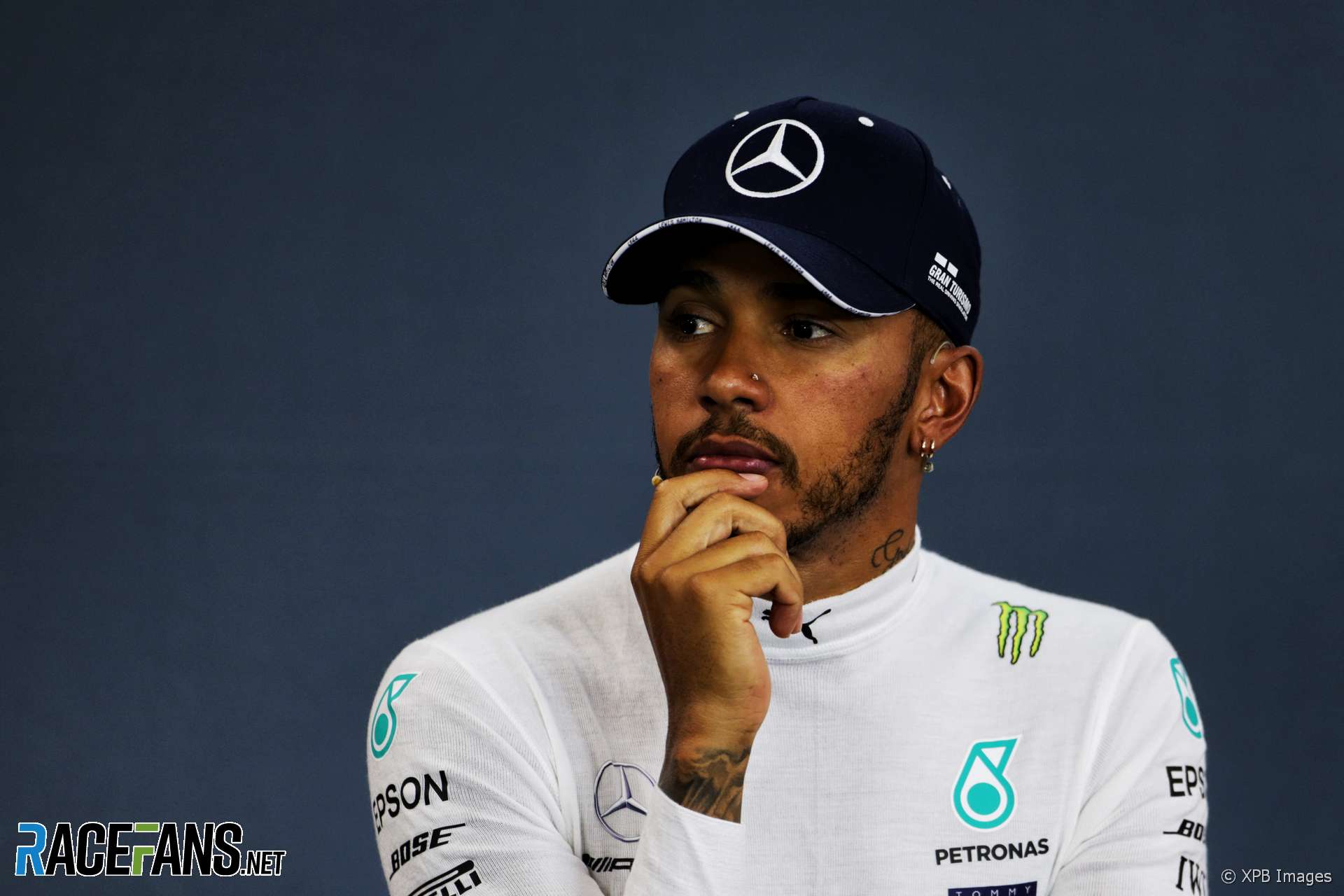 Lewis Hamilton says he was not implying Ferrari’s Formula 1 car is illegal by describing it as “trick”.

Hamilton said the team has “a few trick things” on its SF71-H in the post-race interview after finishing second to Sebastian Vettel in the Belgian Grand Prix. He was describing how Vettel overtook

“He drove past me like I wasn’t even there on the straights,” said Hamilton when describing how Vettel passed him at the start of the race. Hamilton tried to re-pass Vettel at the start.

“I think I could have [passed him] but again he would have sailed past me on the straight,” he said. “They’ve got a few trick things going on in the car. I did what I could, we did what we could and we’ve just got to keep working.”

However Hamilton said later he does not believe Ferrari’s car is illegal. “We all have trick things on our cars,” he said. “Trick is just a word for something special, I guess.”

“I’m not saying that there’s anything illegal on [it],” he added. “I’m just saying we all have something trick.

“Trick is just something that helps you bring that extra bit of performance. That’s all I mean. I don’t mean anything to it so please don’t read into it and please don’t twist my words and say that I say they’re doing anything illegal because they’re not.”

Both Mercedes and Ferrari brought upgrades for their power units this weekend. “We came here with a pretty good upgrade and generally, every time we do bring an upgrade they bring a bigger one.

“But we knew they were quick on the straights. They were quicker, particularly in qualifying in the last sector. We’ve known for the last four races or so that they’ve had some things on their car that’s enabled them to be quicker on the straights and yeah, we’ve just got to work harder, I guess.”

Ferrari are “able to deploy more [power], somehow, than us, from turn one [La Source] to Eau Rouge, and then it carries on down the straight,” he explained. “And it’s the same down the back straight. I’m not really sure how but that’s how they are.”

Sebastian Vettel did not indicate whether he believes Ferrari’s engine is more powerful.

“I hope we have more power,” he said. “That’s what we’re working for. If that’s the case then obviously well done to our engine guys.

134 comments on “Ferrari’s car “tricks” are not illegal – Hamilton”