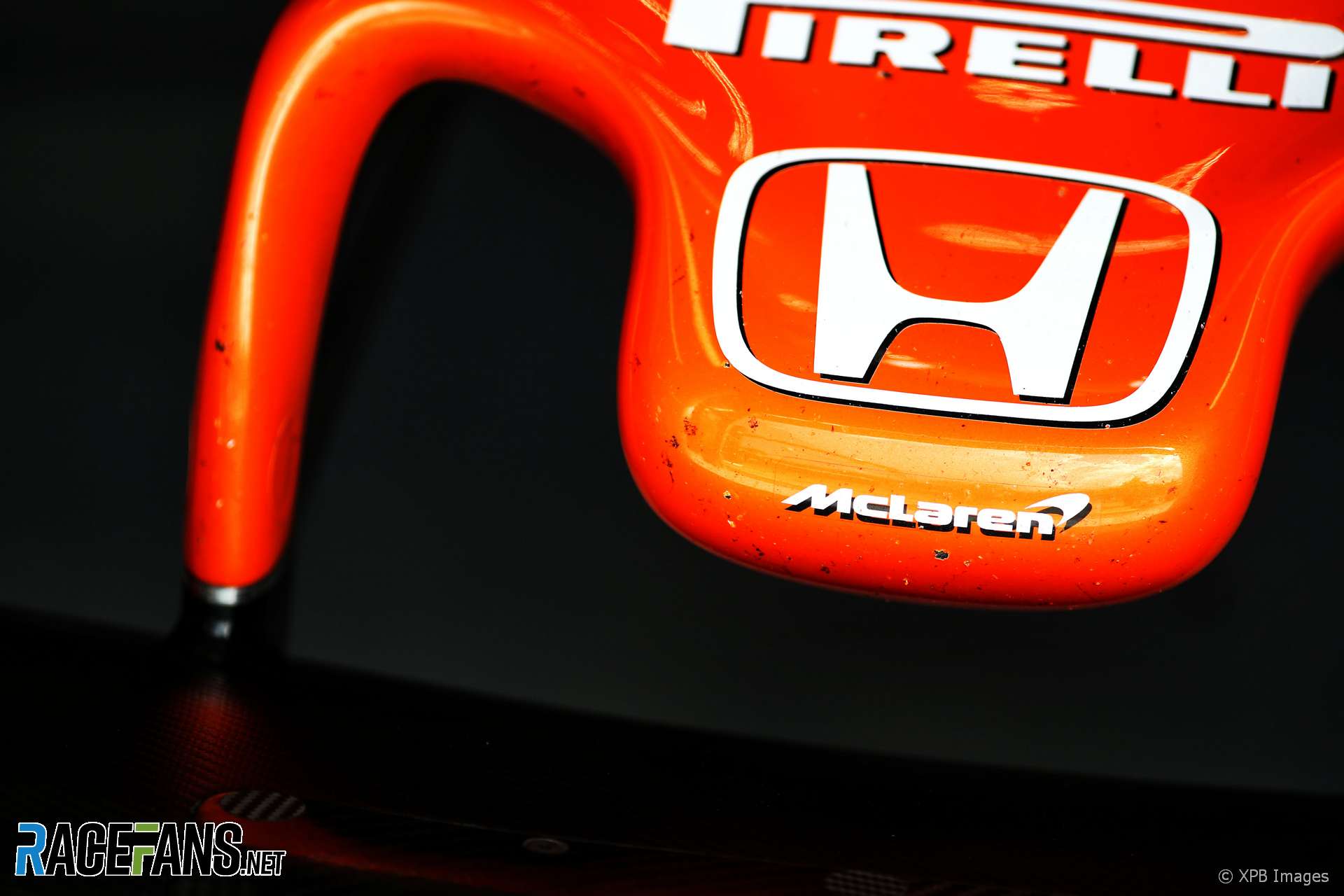 The £200 million McLaren received from a company owned by Michael Latifi, the father of F2 racer Nicholas Latifi, was used to cover the costs arising from its split with former engine supplier Honda.

McLaren ended its relationship with Honda last year after struggling with the Japanese power units for three seasons. Instead of receiving Honda’s engines for free it now purchases units from Renault. Other costs arising from the split with Honda include a severance package and the loss of Honda’s contribution to McLaren’s budget.

As RaceFans revealed in May, McLaren Group raised £200 million in investment by selling 800,000 shares to Nidala, a British Virgin Islands-based company owned by Latifi. McLaren confirmed to investors last week that is being paid in three instalments: £100m has already been received, £50m more will come before the end of 2018 and a further £50m will follow next year.

McLaren Group’s acting chief financial officer Paul Buddin described in a call to investors why the team took the investment.

“The reason we went for that equity was that we recognised our decision, for performance reasons, to take the Honda engine out of the Formula 1 car, would have a significant impact on our cash flows within Formula 1,” said Buddin.

“We have a plan to recover that over the next three, three-and-a-half, four years as we improve performance that will come with improved cashflow from Formula 1 and also knock-on improvements within sponsorship. But for that period we have to fund it and that’s what the equity came in to do.

“We anticipate an improving cashflow position over the next two to three years and we will move back towards cash positive in that timeframe. But it is unlikely to be next year, apart from the investment of course.”

McLaren did consider cutting how much it spent on its Formula 1 team in line with the loss of income from its Honda deal, said Buddin.

“If things do not go to plan then we can take costs out of the Formula 1 business. There is choice there. We could have chosen last year when we took the Honda engine out to have taken an equivalent amount of costs out and still compete in Formula 1. But that’s not McLaren.

“We want to get ourselves back to the front of the grid and therefore we chose to take the equity instead and continue to spend at the same rates we have been spending at in the past.”

The team is hoping to reduce its expenditure on Formula 1 when Liberty Media begins its planned overhaul of the sport in 2021.

“Formula 1 itself is looking to reduce the cost of competition through cost caps [on] the teams, a fairer share of the money that comes in to enhance the overall value of the franchise. So from 2021 competing in Formula 1 will be a completely different business model that should require a lot less investment to go into. We’re very much poised to take advantage of that.”

Asked whether the Formula 1 team is a “drag” on the performance of the rest of group, Buddin said: “It’s a short-term drag on performance for the company. We’ve been clear on that since we went public with the bond.

“One of the key variables has been our decision to take the Honda engine out of the car which we have done to improve the performance of the car. We have funded it through equity. But at the end of the day participation in Formula 1 is our choice.”

On Tuesday McLaren confirmed the latest stage in the overhaul of its technical team as Pat Fry will return to assist with its 2019 car programme, as RaceFans reported last weekend. The team do not expect its new technical director James Key, who is currently under contract to Toro Rosso, will join them early enough to contribute to next year’s car.