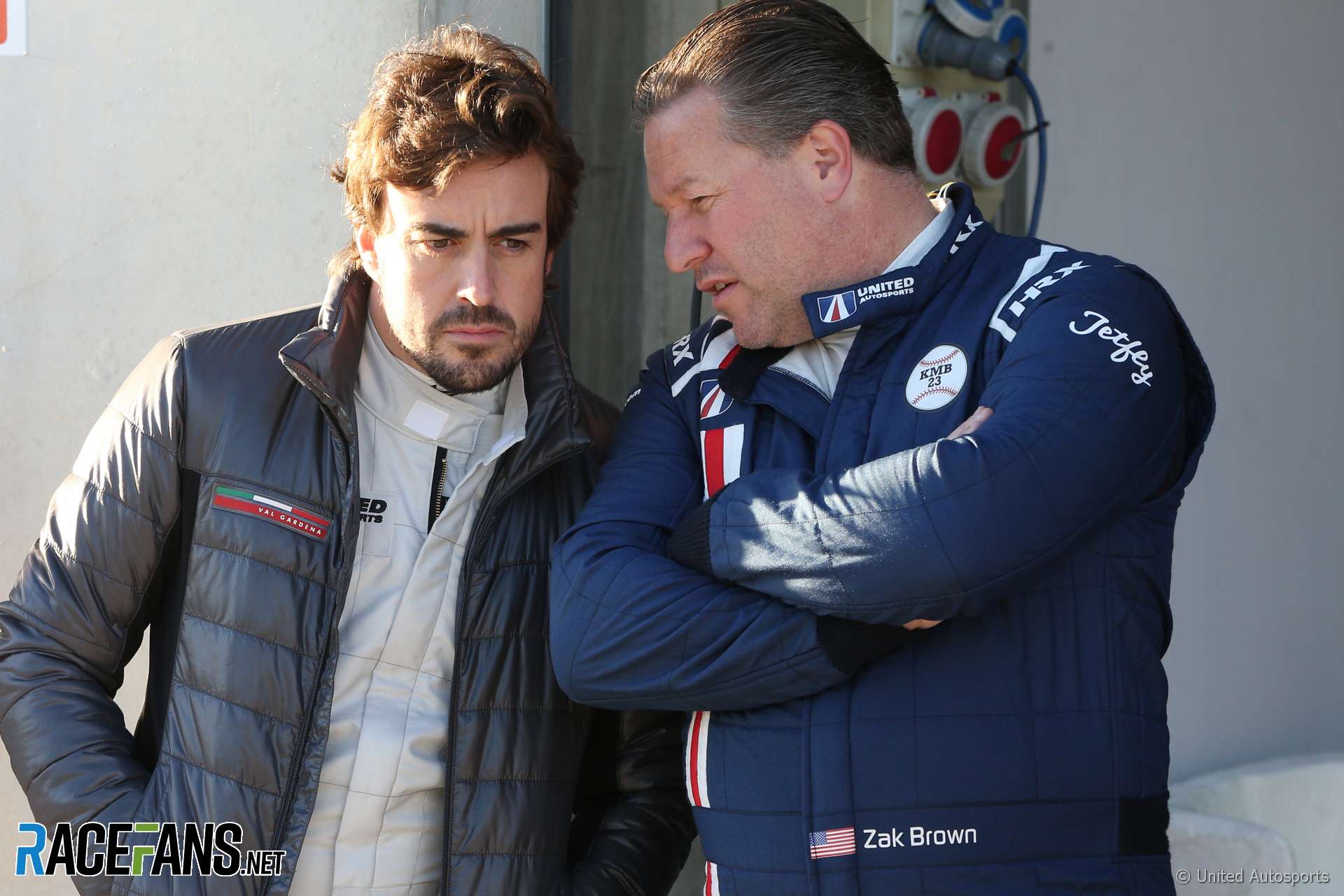 Fernando Alonso’s second tenure at McLaren is an example of how the team has become better at managing its drivers, according to Zak Brown.

The McLaren Racing CEO admitted the team hasn’t always got the best out of its drivers, such as Sergio Perez and Kevin Magnussen, who were dropped after a single season each.

“I think Alonso’s a better example of how McLaren operates today,” Brown told media including RaceFans this week. He contrasted Alonso’s current spell at McLaren with his unhappy season at the team in 2007, which ended in acrimony.

“Obviously when Fernando was here 10 years ago that relationship didn’t work. And here we are, having a pretty poor three years, and I think you’d all say Fernando, you’ve never seen him with a smile on his face as often as he has had. That’s because we’re letting him operate in a manner in which I think he enjoys the environment and we get the most out of him.”

Brown was speaking after the announcement Lando Norris will drive for the team in the 2019 F1 season. He said the team will try to cultivate the right environment to get the best out of the 18-year old.

“I think each driver’s different. Some respond to you being very difficult to them, others respond because you need an arm around them. I try and create environment which is unique to each driver and how they operate best. Give them that environment: that’s what we’ve done with Fernando, that’s what we’ll do with Lando.

“He’s very mature for his age in the racing environment. He’s quite relaxed, you don’t see him get nervous, I don’t see any anxiety out of him. The way I saw him do free practice on in Monza, his build-up to that was kind of no different than I’d seen in Formula Three. I think he’s got a really good temperament for Formula 1. What that tells me is I don’t think he’ll be rattled easily by adversity which no doubt he will have at some point.”

Brown suggested the difficulties Charles Leclerc experienced at Sauber earlier this year were a consequence of too much pressure begin put on the newcomer.

“If you look at someone like Leclerc he was in trouble the first couple of races, maybe because expectations were too high, he made a couple of mistakes and there were stories two races into the championship that maybe he isn’t who we all thought he was. And now it looks like he’s going to Ferrari.

“So I think we have to be very careful not to set the bar of expectations so high that free practice one in Australia we’ve all come to conclusions about whether [Norris] is the next superstar or not. We need to give him some time to settle in. He’s going to tracks he hasn’t seen before like Australia. He’s going to have some shunts. And so we need to just give him space.

“It’s one of the things Gil de Ferran has been brought in for is kind of human performance of the team and drivers. I think maybe historically we’ve not been great with young drivers because of the environment that we’re in so we’re looking for Gil to make sure we learn from some of the mistakes that we’ve maybe made in the past.”