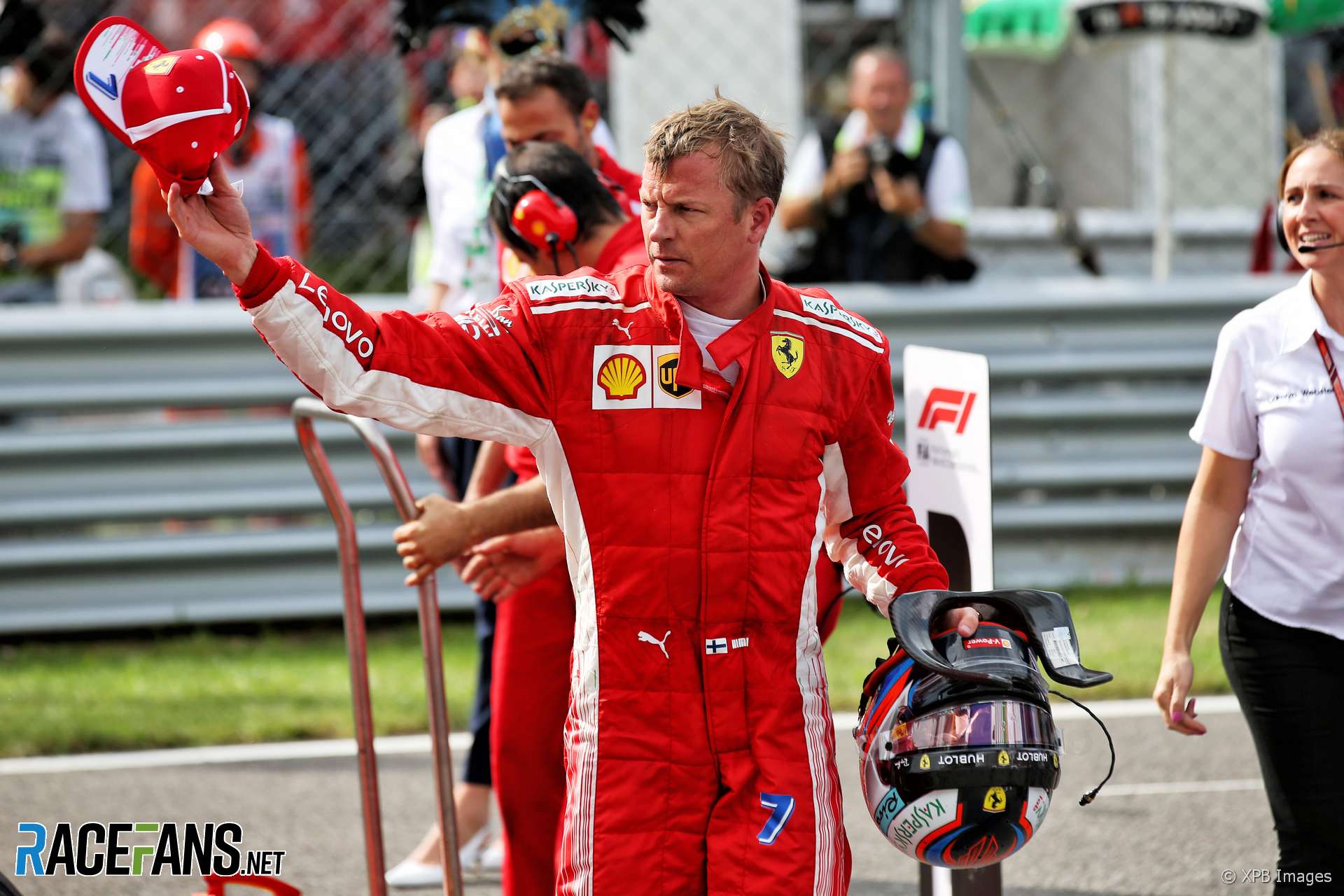 Kimi Raikkonen revealed his deal to drive for Sauber in the 2019 F1 season came about after he learned he’d lost his Ferrari drive during the Italian Grand Prix weekend.

“Obviously I know people from there from the past,” said Raikkonen, who made his Formula 1 debut for Sauber in 2001. “Basically it started after that.”

However he denied that returning to his first team was a long-held ambition. “I don’t think it’s always been there,” he said. “Obviously you never know in here what will happen. This is just how it end up to be going actually. I wouldn’t say this has been planned for a long time this is going to happen.”

Raikkonen refused to elaborate on why he chose to join Sauber. “I have my reasons and that’s enough for me. I don’t really care what others think as long as I’m happy with my own reasons it’s enough for me.”

The 38-year-old is set to break Rubens Barrichello’s record for most F1 starts during his two-year deal with the midfield team. Despite not having win a race for the last five years, Raikkonen said he still gets satisfaction from racing.

“I always said I will stop when I feel it’s right for me,” he said. “Obviously the racing is that part I enjoy most and that’s why we are here.

“Obviously it’s always been a big part of the race weekend all the other stuff and it’s normal for us. But it’s not the reason to come here. The reason is to drive and race.

“It’s not the big part of the weekend any more as it used to be, because obviously everything changes a bit. That’s the only reason, really.

“All the stuff that comes with it is very normal, it’s always been there. It comes with the package. It’s not often that you get the package that you only have the good things of. It’s OK. We all know each other so it’s the same answers, same questions every time so it’s not too difficult.”