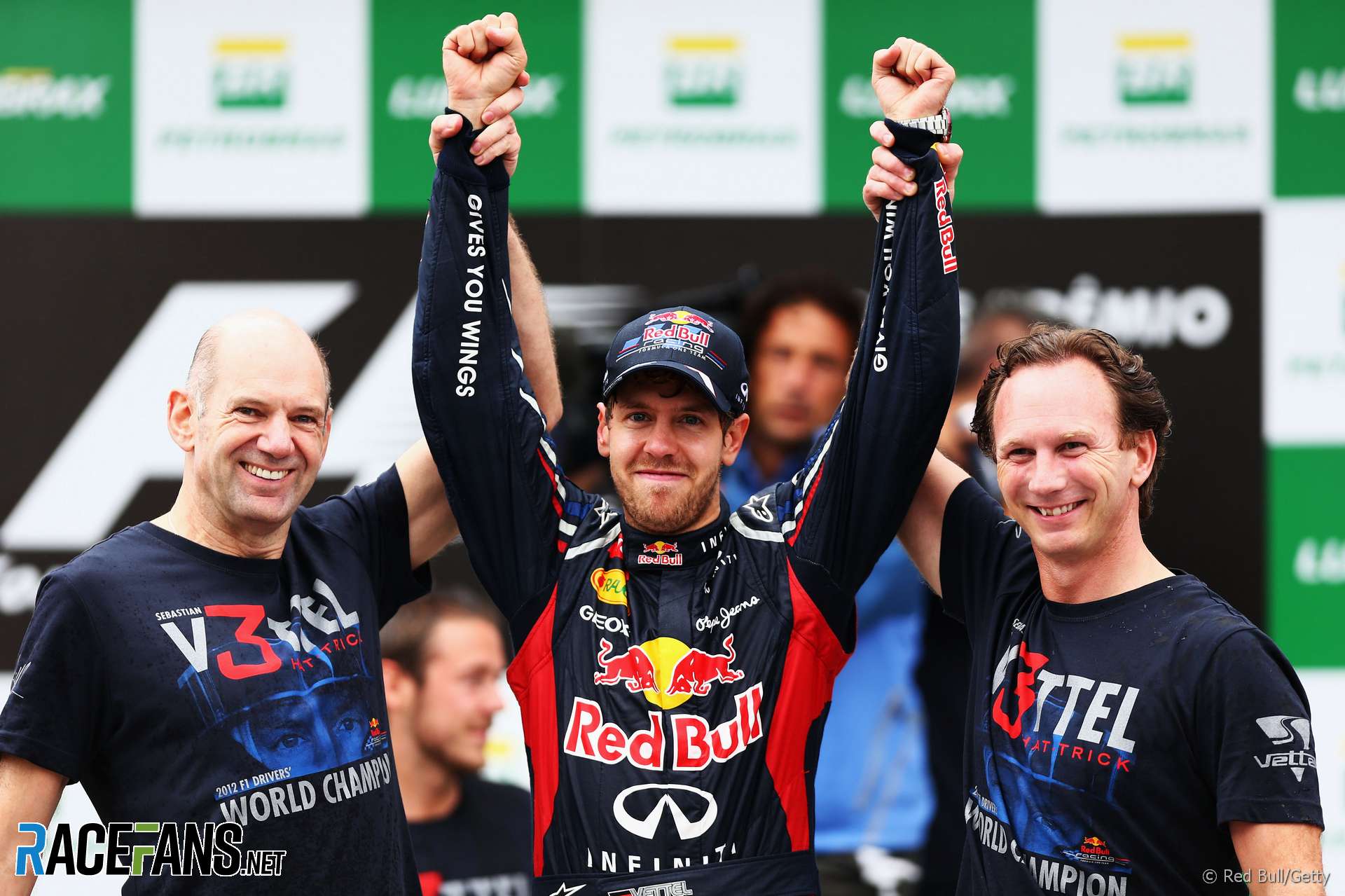 Sebastian Vettel’s 2012 championship comeback shows he still has it in him to win the title this year, says his former team principal Christian Horner.

Lewis Hamilton’s victory in Singapore left Vettel 40 points behind the championship leader with six races to go and 150 points available. In 2012 he overturned a 42-point gap to Fernando Alonso in five races to take the lead in the championship, which he went on to win.

“Usually he’s very good under pressure,” said Horner, who was Vettel’s team principal during all of his four title wins. “He certainly won’t give up, he was 40-odd points before down I think in 2012.

“But obviously it will be disappointing for him to have lost out to Lewis at this race.”

“The Ferrari’s a very quick car,” Horner added. “There’s still six races to go, 150 points available. Anything can still happen but Lewis is over a weekend and third place ahead.”

However Horner admitted Hamilton clearly holds the upper hand in the championship fight. “Obviously it looks like Lewis is in the driving seat now. He’s just got to be consistent to year-end. It’s going to be an uphill battle [for Ferrari] to get themselves back into it.”

Vettel’s problems in Singapore were compounded when he fell behind Red Bull driver Max Verstappen while trying an aggressive strategy to get ahead of Hamilton.

“It was very aggressive on a track that’s difficult to overtake at,” said Horner. “They obviously got caught on the out-lap with [Sergio] Perez and that cost Sebastian enough time in the middle sector for Max, with a very strong in-lap, to nail it.”

59 comments on “Horner: Vettel’s 2012 comeback shows he can still beat Hamilton to title”