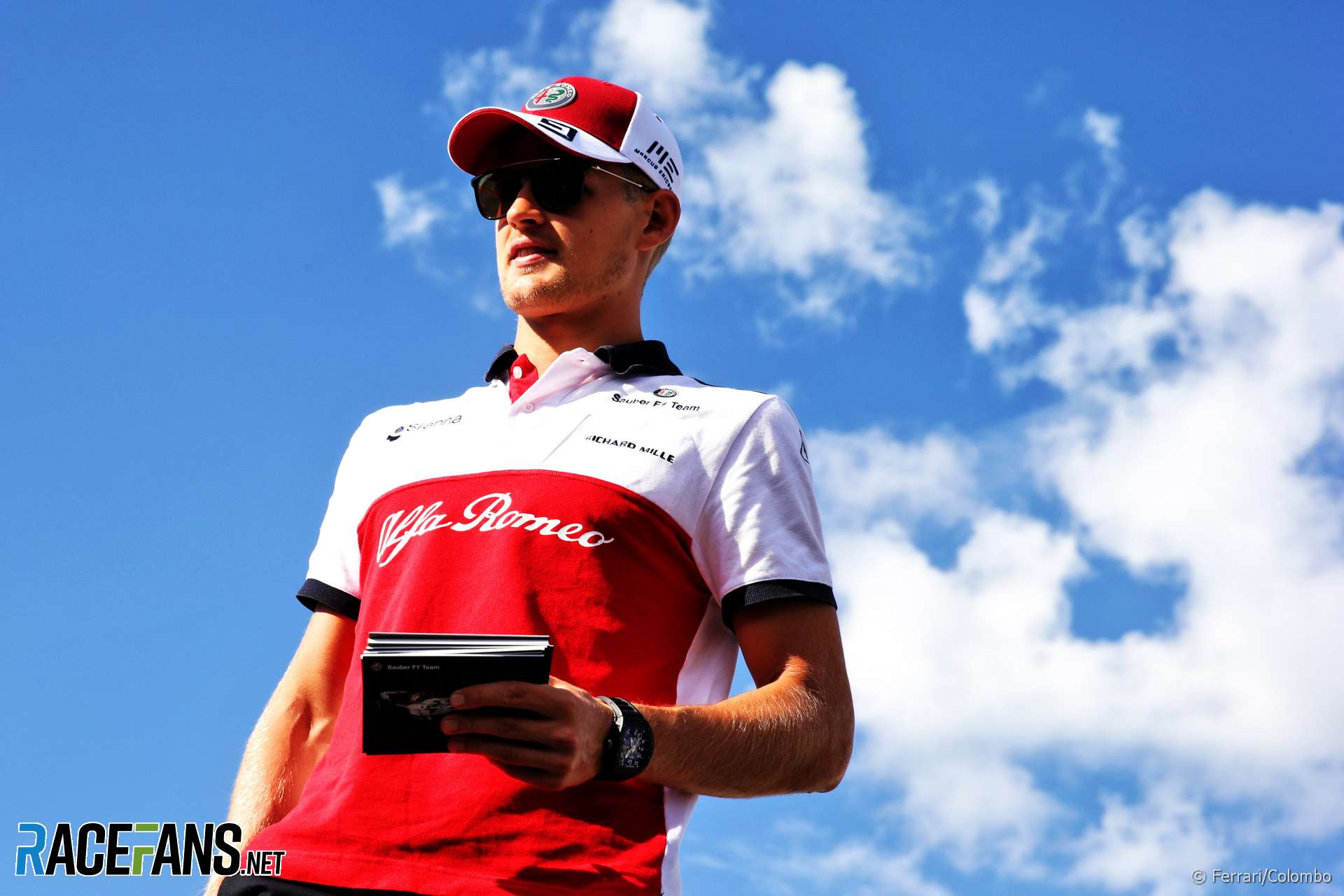 Marcus Ericsson says he is aiming to return to Formula 1 in 2020 after losing his place at Sauber for next season.

Sauber has chosen an all-new driver line-up of Kimi Raikkonen and Antonio Giovinazi for next year, following Charles leclerc’s departure to Ferrari.

The team confirmed Ericsson will take the role of third driver and brand ambassador after confirming Giovinazzi in its line-up earlier this week. However Ericsson said he feared for his seat after Raikkonen’s move was confirmed following the Italian Grand Prix.

“I think when Kimi signed, that was bad news for me,” he said. “I was still hoping but then obviously over the past weekend I got the information that Antonio had signed for the other car.

“My management were looking around a little bit but we decided to continue with Sauber and the relationship there, which we think is important. And we go from there basically.”

Ericsson indicated he could look at moving into other series but said: “My goal is still to come back into Formula One.

“I think for 2019 that’s not going to happen but hopefully after that there will be possibilities to come back. That’s still the goal, to come back to Formula One.”