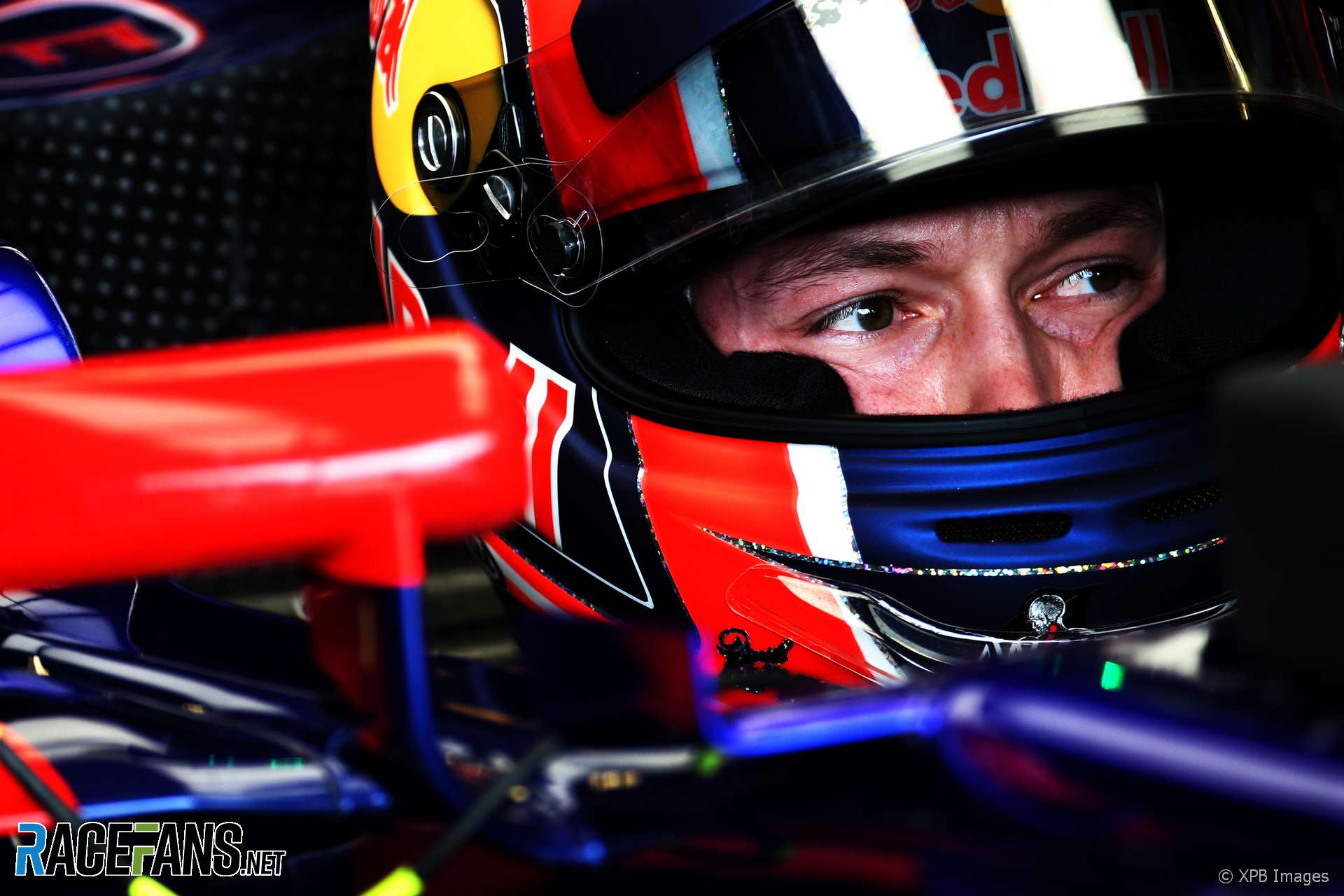 Daniil Kvyat’s return to Toro Rosso for the 2019 F1 season had been heavily hinted at in the week’s leading up to the move. So when the news broke on the morning of qualifying for his home race it caught few by surprise.

But Kvyat’s reappearance at the team following the circumstances of his departure last year was not at all expected before the rumours began to surface earlier this year. After all, he hadn’t exactly covered himself in glory during his first stint.

Kvyat’s first return to Toro Rosso came in 2016 after he was ejected from his Red Bull seat just four races into the new season in favour of Max Verstappen. It was a blow he never really recovered from. Carlos Sainz Jnr, who Kvyat had beaten while team mates earlier in his career, easily showed him the way.

In 2017 Red Bull Junior Team boss Helmut Marko decided to give Kvyat a stay of execution at Toro Rosso rather than promote the team’s newly-crowned GP2 (now F2) champion Pierre Gasly in his place. Yet Kvyat’s results did not improve and he was dropped before the season’s end. By the time Red Bull finally showed him the door, Sainz had out-scored him by 90 points to eight during their two part-seasons together.

Fast-forward almost a year and Red Bull has released Sainz to join McLaren (after loaning him to Renault for a year) while Kvyat, the driver he thrashed so comprehensively, is being welcomed back. On the fact of it the move is utterly illogical.

Red Bull, however, have no choice. Daniel Ricciardo’s departure opened the door for Gasly to graduate to the top team. The knock-on effects of Verstappen’s rapid promotion has left their junior scheme depleted – they have no drivers with sufficient superlicence points to race for them in 2019.

RaceFans understands Sainz made it clear that, following his move to Renault, he would not accept a return to Toro Rosso. He had already started 56 races for the junior squad, more than any driver bar Jean-Eric Vergne (58). This prompted his exit from Red Bull and led the team to reconsider Kvyat, who’s kept his eye in with a year as Ferrari’s simulator driver.

Kvyat’s nationality makes him an attractive prospect for the team as well. There are rumours his place at Toro Rosso come with prospective backing from a Russian renewable energy company.

Having already started 51 races for the team, Kvyat is set to become their long-serving driver next year. This despite originally leaving the team for Red Bull after a single season with them.

But Toro Rosso’s appetite for new talent remains insatiable. The team made it clear on Saturday Kvyat is returning to replace Gasly. Nothing was said about the position of Brendon Hartley,whose place at the team is believed to be in doubt.

Asked by RaceFans on Thursday whether Marko felt he deserved to keep his place at the team, Hartley said: “He knows from the team what the real stories are behind the scenes and how I’m working with the team, how I’ve progressed through the season.

“I also bring a lot of experience. Regardless of the actual points finish I am strong and I’ve kept my head I’m sure before the end of the season I’ll have some more points finishes. I just need one good race to go my way.”

However Marko made it clear to Sky during final practice what Hartley must do to stand a chance of keeping his seat: “Beat Gasly. He knows it.”

Hartley got a second chance. Kvyat is getting at least a third chance. The question now is where will Red Bull look to find the latter’s team mate.

25 comments on “Why Red Bull gave Kvyat (yet) another chance”