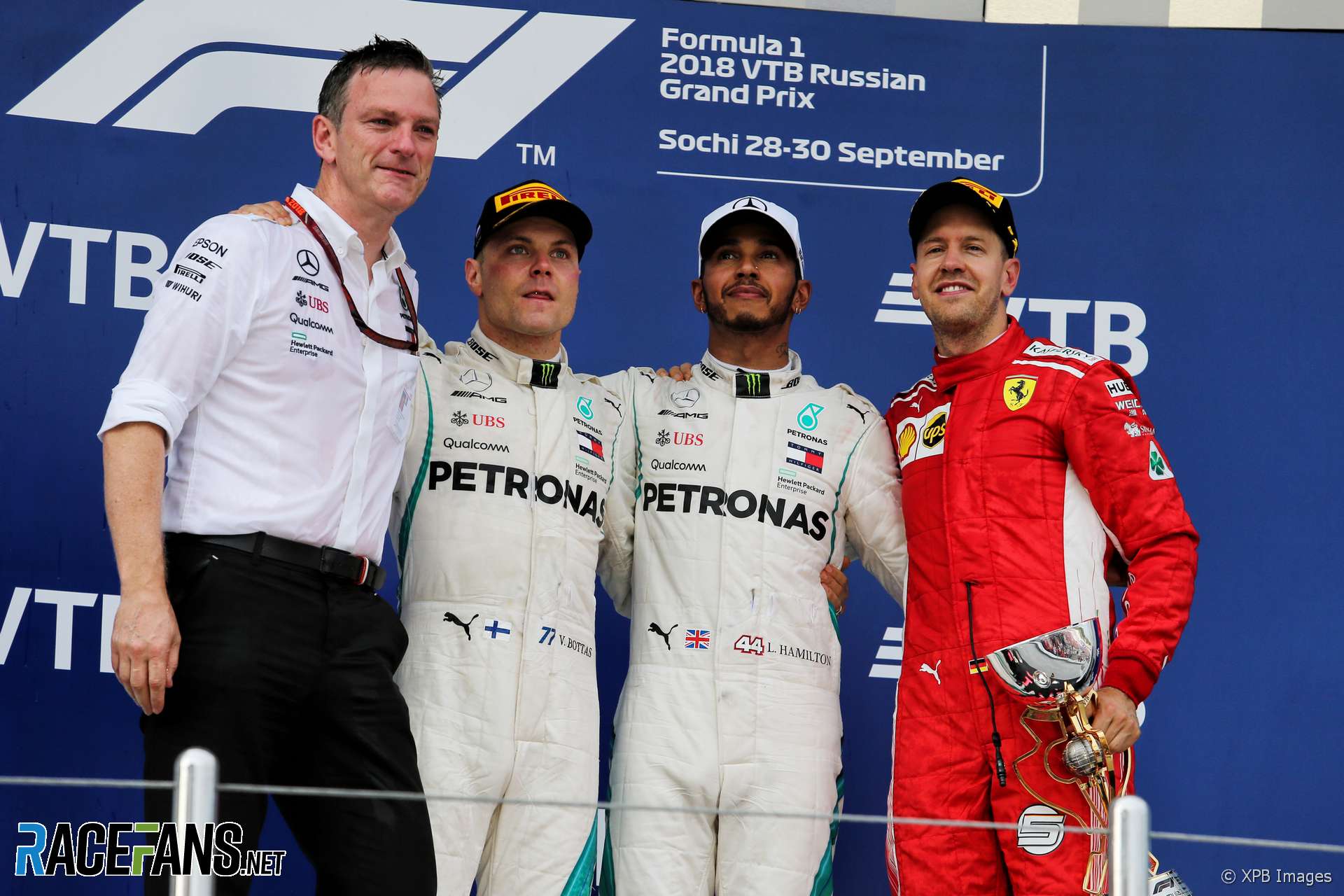 Sebastian Vettel defended the use of team orders by rivals Mercedes in the Russian Grand Prix and criticised some of the questions the drivers were asked by journalists.

Lewis Hamilton won the race after Mercedes told Valtteri Bottas to let him by.

“Well done to both of them they played together as a team very well,” said Vettel in the post-race press conference.

Vettel was responding to a question about whether his title hopes had slipped away after finishing third behind the pair.

“To be honest I go race by race,” he said. “I’m clever enough, I wasn’t a genius in maths, but was clever enough to pay attention to make it out myself that it’s not getting easier if we lose points.”

The Ferrari driver admitted he most likely needs Hamilton to suffer at least one retirement to have a realistic chance of beating him to the championship.

“I still believe in our chance, yes, obviously it’s not getting bigger if we finish behind.

“But who knows it takes one DNF and then all of a sudden things look different. Ideally two! Which I’m not wishing to Lewis [but] you never know what happens.

“So we need to stay on top of our game which maybe we haven’t been completely this weekend, make sure that from where we are now we focus on winning the last races.”

53 comments on “Mercedes’ team orders was a “no brainer” – Vettel”