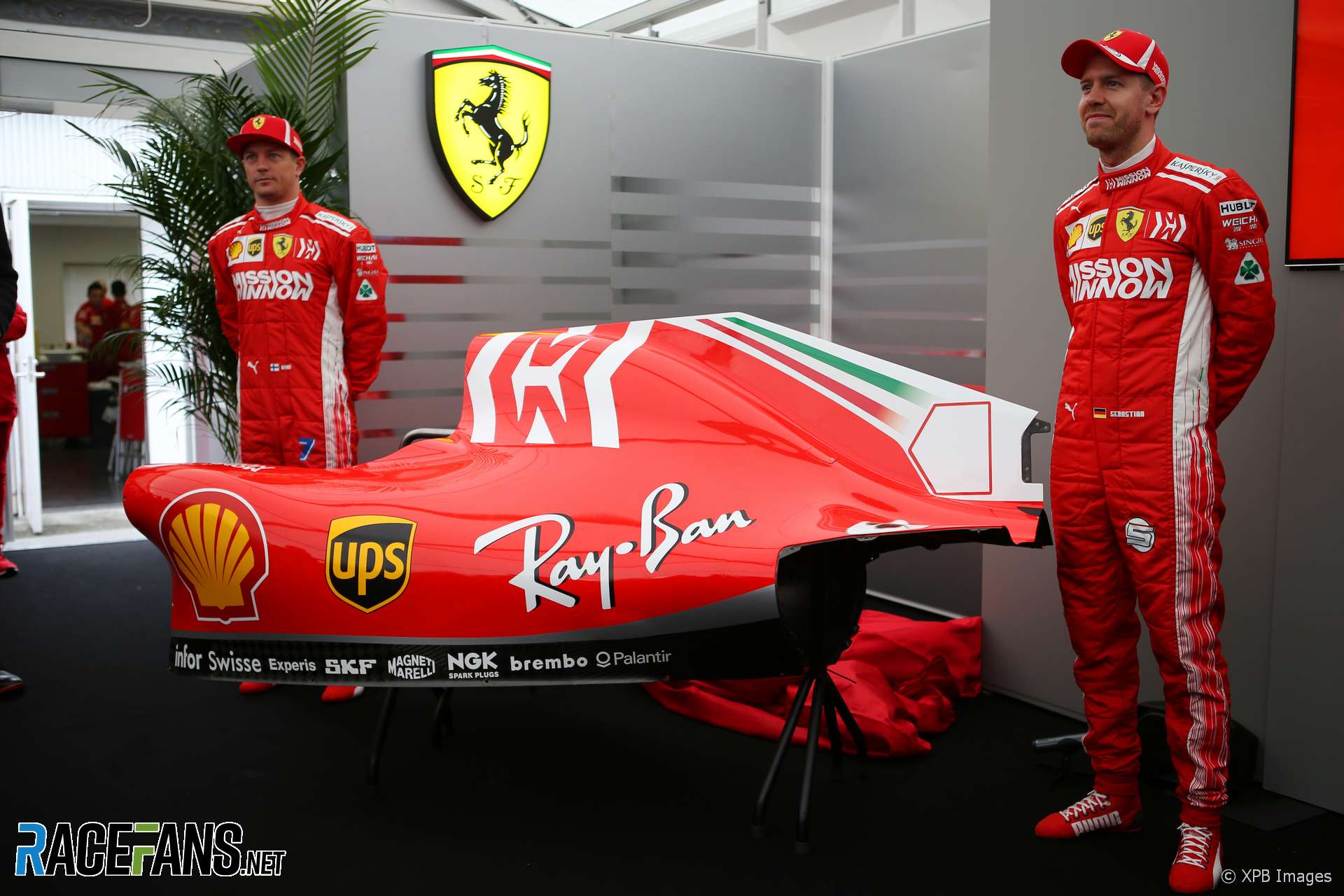 Ferrari has revealed a portion of the new livery it will run from this weekend’s Japanese Grand Prix carrying the logo of Mission Winnow, a joint promotion with major sponsor Philip Morris International.

The tobacco product manufacturer is unable to promote many of its brands on Ferrari’s cars due to advertising restrictions. Mission Winnow is a project the two companies have launched “to create engagement around the role of science, technology and innovation as a powerful force for good in any industry”, according to a statement from PMI.

Ferrari previously carried the branding of PMI’s cigarette brand Marlboro. After growing regional bans on cigarette advertising led most F1 teams to sever their links with tobacco producers at the end of 2006, Ferrari’s association with Marlboro continued.

In 2010 the team changed its livery mid-season following claims the graphics featured on its cars were intended to promote the brand. The following year Ferrari removed ‘Marlboro’ from its official team name. However PMI retained promotional rights to Ferrari’s livery and has used its drivers and cars to advertising its tobacco products in regions where it remains legal.

PMI CEO André Calantzopoulos said: “We will use this global platform as a window into the new PMI and to challenge preconceptions, as we know there are many who may have doubts about us and our motivations.

“Our partnership with Scuderia Ferrari gives us the opportunity to build on many encouraging individual conversations with critics and supporters alike and reach out to a broad audience to engage at scale.”

Ferrari team principal Maurizio Arrivabene is a former vice-president of Marlboro. The team’s current deal with PMI runs until 2021.