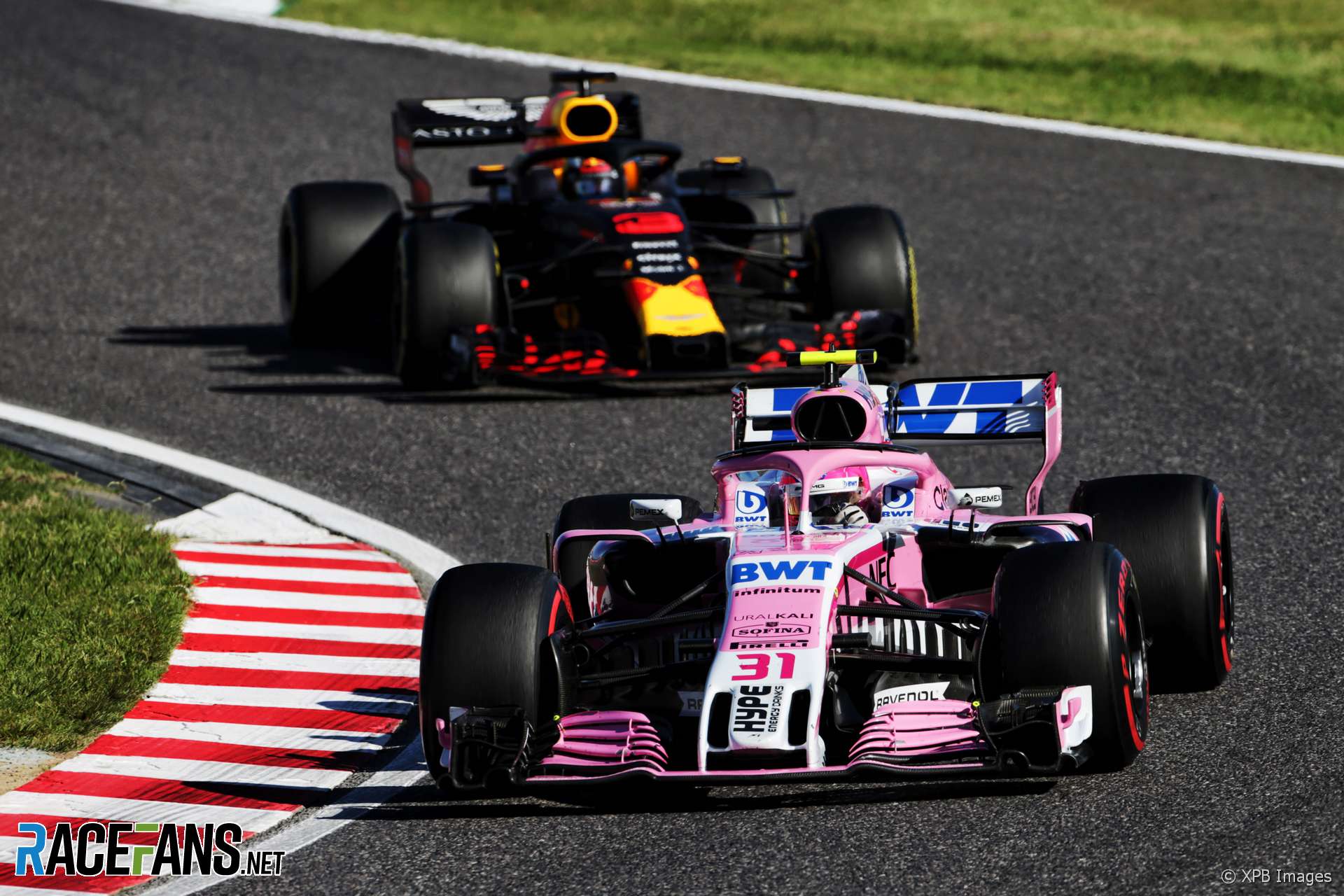 In the round-up: Esteban Ocon says he isn’t happy with how his weekend went despite scoring points for ninth place.

[I’m] not happy with our weekend, with my weekend. We were, I think, clearly the fourth fastest team but I think with the penalty it dictated the race weekend.

We managed to grab some positions at the start, then in the race with overtakes, but even if the race we did well I’m not satisfied.

Next race we have to qualify better, not make mistakes and then we can pull away from everyone.

The ease with which the customer teams let their factory 'rivals' by in these kinds of racing situations (e.g. Leclerc and Vettel just then) should leave no one in any doubt that scrapping blue flags is a terrible idea. #F1 #JapaneseGP

"So, fourth is like a little victory from the back on this track and it was good to see our strong pace against Ferrari."

"(Sirotkin) lost quite a few places in the opening laps, therefore, we chose to gamble with an earlier stop, but for various reasons that didn’t work out, so we had to make a second stop."

Ferrari is replacing Kimi Raikkonen, but should it drop Sebastian Vettel too?

Ferrari needs Alonso, and Alonso needs a competitive car in F1. Both parties should honestly have swallowed their pride and joined forces once more, but each is maybe as arrogant and proud as the other.

I think they should have kept a Vettel/Alonso pairing for 2019, then promote Leclerc for 2020 or 2021 in place of whoever quits/retires of the two. And this isn’t just purely out of a reaction from Vettel’s mistake today, I’ve been thinking along these lines for months now.
@Mashiat